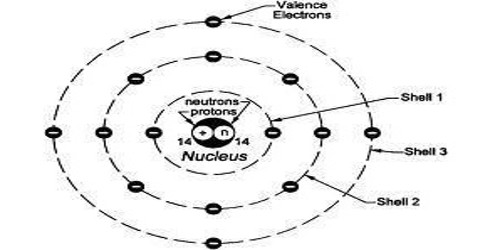 In a noble gas, an atom tends to have 8 electrons in its outer shell (except helium, which is only able to fill its shell with 2 electrons). This serves as the model for the octet rule which is mostly applicable to main-group elements of the second and third periods. In terms of atomic orbitals, the electrons in the valence shell are distributed 2 in the single ‘s’ orbital and 2 each in the three p orbitals. For the main group element, a valence electron can exist only in the outermost electron shell; in a transition metal, a valence electron can also be in an inner shell.

The valence shell is important because it determines how many bonds an element can make, which further determines how that element will behave (i.e. reactiveness). For coordination complexes containing transition metals, the valence shell consists of electrons in these ‘s’ and ‘p’ orbitals, as well as up to 10 additional electrons, distributed as 2 into each of 5 d orbitals, to make a total of 18 electrons in a complete valence shell for such a compound. This is referred to as the eighteen electron rule. When the valence electron in an atom gains sufficient energy from some outside force, it can break away from the parent atom and become what is called a free electron.