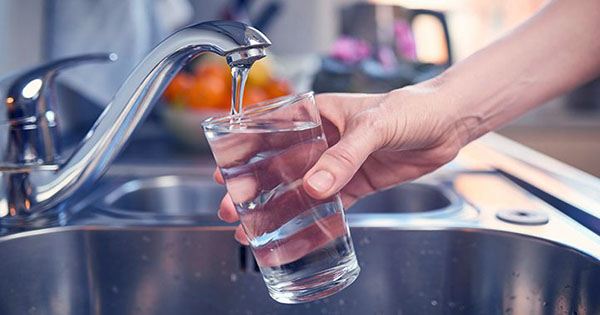 Perfluoroalkyl and Polyfluoroalkyl Substances (PFAS) are ubiquitous, dubbed “forever chemicals” due to their near-indestructibility. They are in everyday items like nonstick frying pans, stain-resistant carpets, and even dental floss. They are also found in our breastmilk and blood, including newborn babies’ blood. They are in the air we breathe, and they are in the water we drink, according to a new study by scientists from the Environmental Working Group (EWG), an environmentalist advocacy group that specializes in dangerous chemical and pollutant studies.

According to the study, which was published this week in the journal American Water Works Association Water Science, “there are tens of thousands of possible point sources of PFAS contamination across the United States that could affect surface water or drinking water.” “Water testing downstream from production facilities and from PFAS consumers revealed a large number of previously undiscovered PFAS, emphasizing the need for comprehensive industrial facility testing as well as testing throughout the full family of synthetic substances.”

The researchers looked at over 42,000 potential sources of PFAS contamination in drinking water across the US, mostly solid waste landfills, wastewater treatment plants, electroplaters and metal finishers, and petroleum refineries, using public data from the EPA (Environmental Protection Agency). Moreover a third of the locations investigated had active National Pollution Release Elimination System (NPDES) permits, which meant they might lawfully discharge contaminants into future communal drinking water (albeit under certain limitations.)

“Our examination uncovers a large number of potential sources of pollution,” said David Andrews, the study’s principal author and a senior scientist at the Environmental Working Group. “It also gives us a framework for determining where and what to test so we can stop releasing into the environment,” says the author. “It is vital that the EPA begin regulating PFAS as soon as possible,” he added. “Every community in the United States is likely to be impacted.”

Although some studies have linked PFAS in water – even at extremely low levels – to an increased risk of cancer, higher cholesterol, and reproductive and developmental disorders, the entire extent of how these chemicals affect health is yet unknown. However, not everyone in the scientific community agrees with the EWG’s findings, with some calling them alarmist and pointing out that the group’s decision to treat PFAS as a class rather than on an individual basis is not a standard.

We previously knew that PFAS was present in drinking water, but it turns out that the problem was even worse than we thought. The researchers identified PFAS contamination at much greater levels in tap water samples obtained from around Northern Virginia than previously reported for sections of Washington, D.C. Meanwhile, case studies based on data from Michigan and California, both of which recently commissioned state-level PFAS contamination investigations, revealed that the “forever chemicals” could enter water systems via a variety of pathways.

“The findings from places like Michigan reveal that there are a number of PFAS sources in surface water… “Many landfills and industrial sites produce PFAS at measurable levels that may exceed state regulations or health guidelines for PFAS in water,” Andrews said.

“It is critical to identify ongoing PFAS leaks. We need to stop using PFAS for non-essential purposes and utilize filters to filter these compounds out of [our] water.” Combating widespread PFAS contamination will be a significant challenge, but not impossible, according to the experts. The research urges extensive regulatory changes at the federal level as well as nationwide water monitoring, taking the lead from Michigan, where state-mandated testing and regulations have drastically decreased industrial PFAS discharges.

While the EPA has a “proactive” action plan on PFAS pollution, some argue that it is insufficient. According to some estimates, PFAS levels in the drinking water of up to 6 million Americans surpass the EPA’s recommended threshold. Jamie DeWitt, an associate professor of pharmacology and toxicology at East Carolina University’s Brody School of Medicine who was not involved in the study, told Scientific American earlier this year that she “wasn’t at all surprised” by the extent of contamination discovered in a similar investigation. “They’re found in a variety of water systems, and many, many people are exposed through their drinking water,” she said.

Although federal action on PFAS regulation is challenging, the EWG hopes that this research will encourage the Biden administration to take measures that are more aggressive. “We need to stop the flow of PFAS pollution from industrial discharges, which is affecting an increasing number of Americans every day.” “That’s the first step,” EWG’s senior vice president for government affairs, Scott Faber, said. “The EPA’s next step will be to establish a national PFAS drinking water standard.” The final step is to eliminate legacy pollutants.”