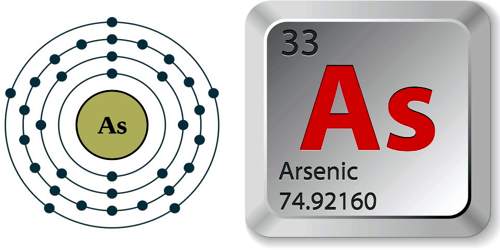 Arsenic is a metalloid element most commonly occurring as a gray crystal, but also found as a yellow crystal and in other forms. Arsenic and its compounds are highly poisonous and are used to make insecticides, weed killers, and various alloys. Its atomic number 33; atomic weight 74.922; valence 3, 5. Gray arsenic melts at 817°C (at 28 atm pressure), sublimes at 613°C, and has a specific gravity of 5.73. It was known to the ancient Egyptian, and is mentioned in one papyrus as a ways of gilding metals. The Greek philosopher Theophrastus knew of two arsenic sulfide minerals: orpiment (As2S3) and realgar (As4S4). 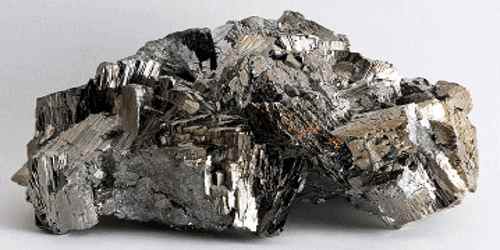 The primary use of metallic arsenic is in alloys of lead. Arsenic is a common n-type dopant in semiconductor electronic devices, and the optoelectronic compound gallium arsenide is the second most commonly used semiconductor after doped silicon. Arsenic and its compounds, especially the trioxide, are used in the production of pesticides, treated wood products, herbicides, and insecticides.

Arsenic is a natural component of the earth’s crust and is widely distributed throughout the environment in the air, water and land. It is highly toxic in its inorganic form. A few species of bacteria are able to use arsenic compounds as respiratory metabolites. Trace quantities of arsenic are an essential dietary element in rats, hamsters, goats, chickens, and presumably many other species, including humans. However, arsenic poisoning occurs in multicellular life if quantities are larger than needed. Arsenic contamination of groundwater is a problem that affects millions of people across the world. 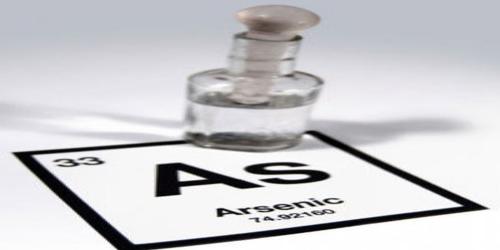 Long-term exposure to inorganic arsenic, mainly through drinking of contaminated water, eating of food prepared with this water and eating food irrigated with arsenic-rich water, can lead to chronic arsenic poisoning. Skin lesions and skin cancer are the most characteristic effects. 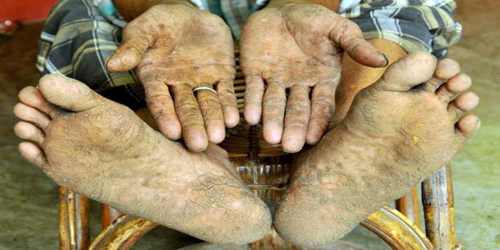 Most of the toxic effects arise from exposure to inorganic arsenic and affects nearly all organ systems of the body. Arsenic is known to cause cancer in humans (human carcinogen). Ingested inorganic arsenic increases a person’s risk of developing lung, skin, bladder, breast, prostate, kidney and liver cancer.

The development of health problems depends on how much arsenic got into the body and how much was absorbed. Either high concentrations and short-term exposures or low concentrations and long-term exposures can cause the above health effects. Most arsenic is rapidly discharged in urine and does not accumulate in the body. In most cases, it is safe to use water that contains arsenic for bathing, laundering, showering, and washing dishes, because arsenic does not easily get into your skin. It is not safe to cook with or drink water with levels of arsenic above the Maximum Contamination Level (MCL).

Properties and Uses of Arsenic

Arsenic has a valence of -3, 0, +3, or +5. The elemental solid primarily occurs in two modifications, though other allotropes are reported. Yellow arsenic has a specific gravity of 1.97, while gray or metallic arsenic has a specific gravity of 5.73. Gray arsenic is the usual stable form, with a melting point of 817°C (28 atm) and sublimation point at 613°C. Gray arsenic is a very brittle semi-metallic solid. It is steel-gray in color, crystalline, tarnishes readily in air, and is rapidly oxidized to arsenous oxide (As2O3) upon heating. Arsenic and its compounds are poisonous. 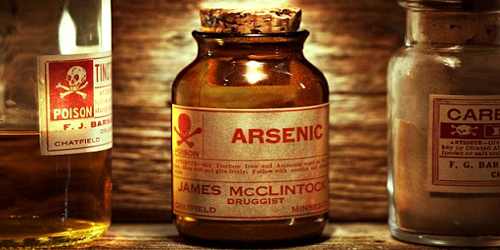 Arsenic is a well-known poison. Arsenic compounds are sometimes used as rat poisons and insecticides but their use is strictly controlled.

Surprisingly, arsenic can also have medicinal applications. Today, organoarsenic compounds are added to poultry feed to prevent disease and improve weight gain. It is used as a doping agent in semiconductors (gallium arsenide) for solid-state devices. It is also used in bronzing, pyrotechnics and for hardening shot. Arsenic compounds can be used to make special glass and preserve wood.