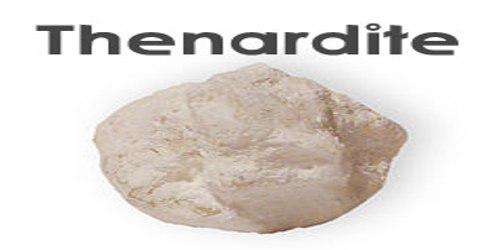 Thenardite is a whitish vitreous mineral that consists of anhydrous sodium sulphate (Na2SO4) and occurs in saline residues. It is similar to Mirabilite, a chemically similar mineral to Thenardite that, unlike Thenardite, contains water in its structure. It has been deposited as an evaporation product near salt lakes and playas, as in the arid regions of northern Africa, Siberia, Canada, and the western United States. It is widespread as efflorescence on arid soil and as a crust in volcanic fumarole deposits. 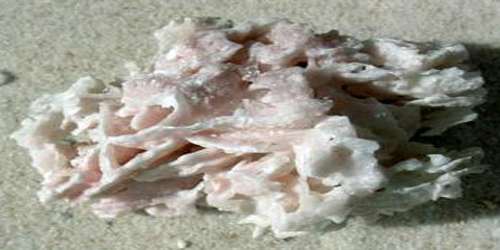 Occurrences and Properties of Thenardite

Thenardite, which is named for the French chemist Louis J. Thenard, has several distinctive properties in addition to its solubility. For one it has a salty taste similar to halite, but the different cleavages and crystal habits make the two minerals quite distinguishable from each other. Thenardite is also generally fluorescent showing a white color in shortwave UV and a yellow-green color in longwave UV. Thenardite also has a distinctive crystal habit in which crystals form a diamond-like shape. The crystals are generally flattened and are sometimes well formed showing good orthorhombic symmetry. Although not often seen in mineral shops, thenardite is now making a presence with well formed crystal clusters mostly coming from Searles Lake, San Bernardino County, California. 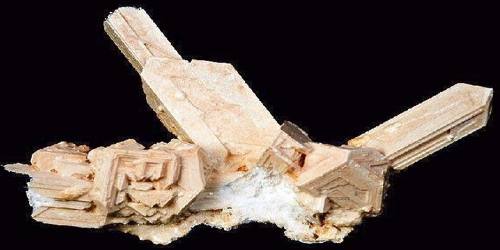 Thenardite specimens should be stored in closed containers as thenardite is only metastable. The specimens will gradually absorb water and convert to the mineral mirabilite. In volcanic caves on Mt. Etna, Italy; thenardite is an early secondary mineral forming the cave’s speleothems. But when the temperature of the cave lowers and the humidity rises, the thenardite coverts to mirabilite.

Mirabilite is an unstable mineral, and will dehydrate and lose its water when exposed to air, thereby changing to Thenardite. These altered specimens are in fact Thenardite pseudomorphs after Mirabilite. Some of these crystals, especially those of outstanding crystal form, are artificially grown as by-products of borax mining operations. 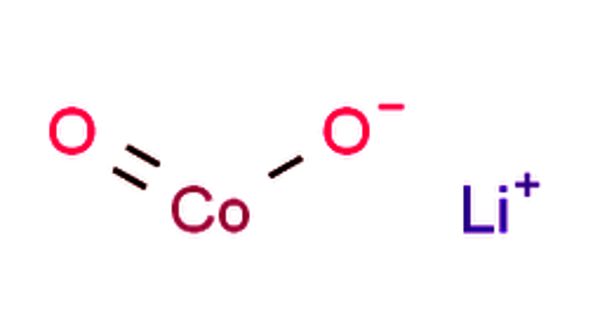 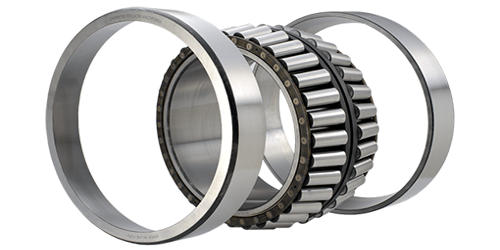