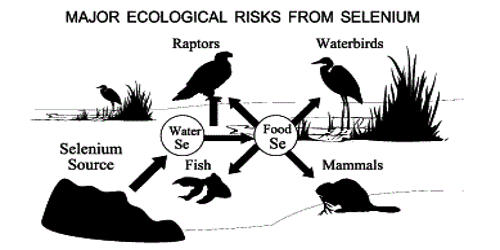 In Belews Lake North Carolina, 19 species of fish were eliminated from the lake due to 150-200 μg Se/L wastewater discharged from 1974 to 1986 from a Duke Energy coal-fired power plant. At the Kesterson National Wildlife Refuge in California, thousands of fish and waterbirds were poisoned by selenium in agricultural irrigation drainage. Once selenium contamination begins, a cascade of bioaccumulation events is set into motion which makes meaningful intervention nearly impossible. Although selenium may prove very risky, resulting in long-term serious effects on aquatic life and fishery resources, selenium contamination in the aquatic environment often goes unnoticed by environmental biologists.

Despite its essentiality, selenium is a potentially toxic element to natural ecosystems due to its bioaccumulation potential. Substantial physiological changes may occur in fish with high tissue concentrations of selenium. Fish affected by selenium may experience swelling of the gill lamellae, which impedes oxygen diffusion across the gills and blood flow within the gills. Respiratory capacity is further reduced due to selenium binding to hemoglobin. Other problems include degeneration of liver tissue, swelling around the heart, damaged egg follicles in ovaries, cataracts, and accumulation of fluid in the body cavity and head. Selenium often causes a malformed fish fetus which may have problems feeding or respiring, distortion of the fins or spine is also common. Adult fish may appear healthy despite their inability to produce viable offspring.

Inorganic selenium bioaccumulates more readily in phytoplankton than zooplankton. Phytoplankton can concentrate inorganic selenium by a factor of 3000. Further concentration through bioaccumulation occurs along the food chain, as predators consume selenium-rich prey. It is recommended that a water concentration of 2 μg Se/L be considered highly hazardous to sensitive fish and aquatic birds. Early evaluation and action are key. Prudent risk management based on environmentally sound hazard assessment and water quality goals can prevent biological impacts. Selenium poisoning can be passed from parents to offspring through the egg, and selenium poisoning may persist for many generations. 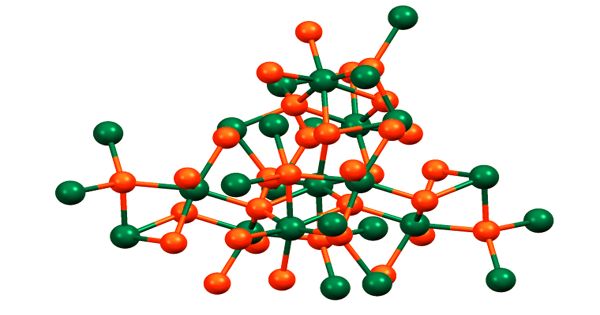 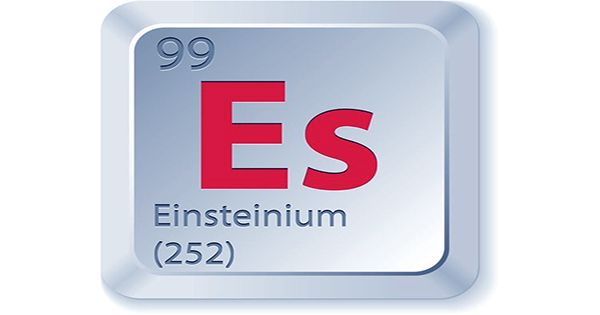 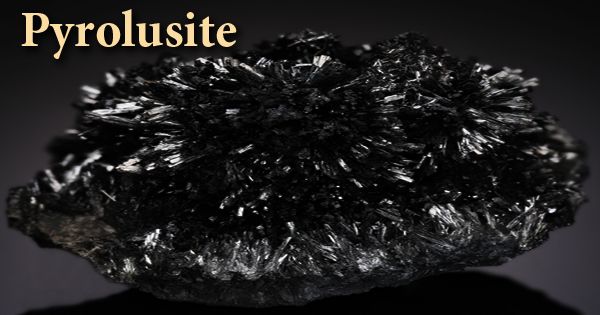