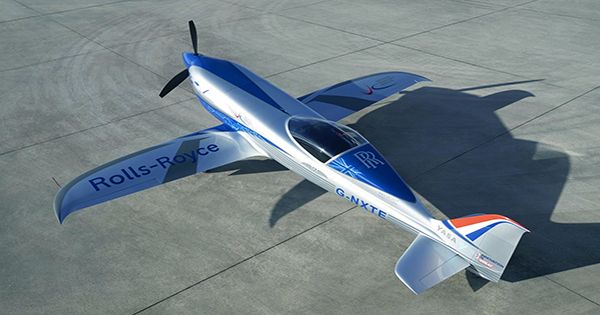 Rolls-Royce, which is best renowned for its jet engines, has flown an all-electric plane for the first time. The 15-minute flight marked the start of “an intense flight-testing phase in which we will be collecting valuable performance data on the aircraft’s electrical power and propulsion system,” according to the company. The one-seat jet features “the most power-dense battery pack ever manufactured for an aircraft,” according to Rolls Royce.

The aircraft has a 6,000-cell battery pack and a three-motor powertrain that now produces 400kW (500+ horsepower), according to Rolls-Royce. The aircraft is expected to reach speeds of over 300 MPH in the future.

The flight will take off approximately a year after it was initially planned and six months following taxi trials. According to the firms, Rolls-Royce is also working on an air taxi alongside Tecnam, with the goal of providing an “all-electric passenger aircraft for the commuter market.” It previously collaborated on an e-plane concept with Siemens and Airbus.

Electric airplanes have been under development for a number of years, as air travel and freight emit growing amounts of greenhouse gases. It is currently the “most carbon-intensive action an individual can make,” according to the World Wildlife Foundation.

However, weight is a far bigger issue for airplanes than it is for cars. Ford’s all-electric Lightning pickup is 1,800 pounds heavier than the gas-powered variant and has a range of just under half that of the gas-powered one. However, adding 1,800 pounds to a Cessna 206 Turbo Stationair would exceed its usable weight by 500 pounds before passengers (or the pilot) were loaded, preventing it from taking off.

The Aerospace Technology Institute and the UK government each contributed half of the funding for the initiative, which aims to develop all-electric passenger jets in the future. “This isn’t just about setting a new world record; the sophisticated battery and propulsion technology developed for this program has fascinating implications in the Urban Air Mobility sector and can help make ‘jet zero’ a reality,” said Warren East, CEO of Rolls-Royce.