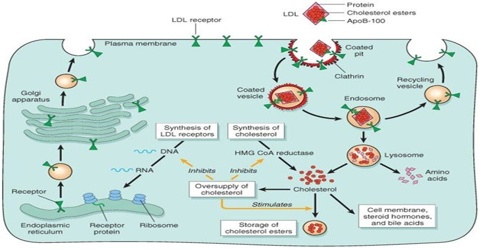 Cholesterol is an extremely important biological molecule that has roles in membrane structure as well as being a precursor for the synthesis of the steroid hormones, the bile acids, and vitamin D. Both dietary cholesterol, and that synthesized de novo, are transported through the circulation in lipoprotein particles. The same is true of cholesteryl esters, the form in which cholesterol is stored in cells. Due to its important role in membrane function, all cells express the enzymes of cholesterol biosynthesis. 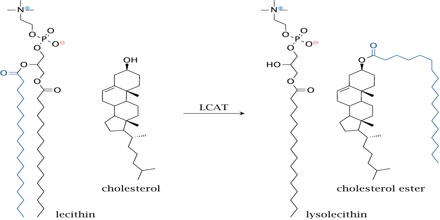 Excretion and Degradation of Cholesterol Cholesterol excretion and degradation take place predominantly through the gastrointestinal tract by two mechanisms — excretion of cholesterol itself and catabolism of cholesterol to bile acids. Although these moieties and their bacterial transformation products are thought to account for the vast majority of cholesterol turnover in the normal state, the possibility has never been excluded that alternative mechanisms such as desquamation of skin and hair, conversion to steroid hormones and elimination in the urine and its sediment are important in some pathologic states.

The complexities of the structure and biosynthesis of cholesterol have historically attracted much interest. The discovery of its multiple loop structure and its creation from its simple acetate precursor has made it, in terms of Nobel Prizes, the most decorated small molecule. The most recent Nobel Prize in the field of cholesterol metabolism was that of Goldstein and Brown for the discovery of the low-density lipoprotein (LDL) receptor and the elucidation of its pathophysiology. 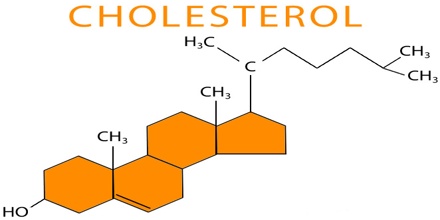 Cholesterol is recycled. The liver excretes it in a non-esterified form (via bile) into the digestive tract. Typically about 50% of the excreted cholesterol is reabsorbed by the small bowel back into the bloodstream.

Cholesterol is oxidized by the liver into a variety of bile acids. These, in turn, are conjugated with glycine, taurine, glucuronic acid, or sulfate. A mixture of conjugated and nonconjugated bile acids, along with cholesterol itself, is excreted from the liver into the bile. Approximately 95% of the bile acids are reabsorbed from the intestines, and the remainder is lost in the feces. The excretion and reabsorption of bile acids forms the basis of the enterohepatic circulation, which is essential for the digestion and absorption of dietary fats. Under certain circumstances, when more concentrated, as in the gallbladder, cholesterol crystallizes and is the major constituent of most gallstones. Lecithin and bilirubin gallstones also occur, but less frequently. Every day, up to one gram of cholesterol enters the colon. This cholesterol originates from the diet, bile, and desquamated intestinal cells; it can be metabolized by the colonic bacteria. Cholesterol is converted mainly into coprostanol, a nonabsorbable sterol that is excreted in the feces. A cholesterol-reducing bacterium origin has been isolated from human feces.

Processes that Determine the Cholesterol Balance 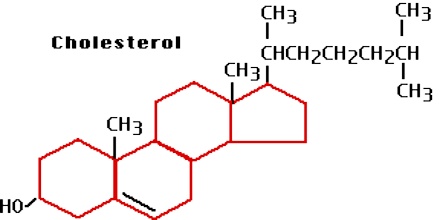 Cholesterol can both be synthesized endogenously and obtained from the diet. Note that significant amounts of cholesterol only occur in meat, eggs, and milk products; plants and mushrooms contain other sterols but very little cholesterol. The fact that vegetarians survive tells us that our capacity to synthesize cholesterol suffices to cover our need for cholesterol entirely.

Bile salts are detergents synthesized by the liver from cholesterol and released into the duodenum with bile. Regulation of this pathway is principally at the 7α-hydroxylation of cholesterol. The primary bile salt acids are cholic acid and chenodeoxycholic acid (Gibbons et al. 1982). They are usually conjugated with glycine or taurine. In the lower small intestine and colon, as a consequence of the activity of anaerobic bacteria (principally Bacteroides), they undergo a variety of transformations, including deconjugation and conversion of cholic acid to deoxycholic acid and of chenodeoxycholic acid to lithocholic acid. These are the secondary bile acids. The primary bile acids and some of the secondary ones, deoxycholic acid in particular, are absorbed through the terminal ileum. They are extracted from the blood circulation by the liver, conjugated and secreted back into bile. Bile salts emulsify fats by virtue of their polar carboxyl and hydroxyl groups, which are hydrophilic, and their lipophilic hydrocarbon rings, which interface with lipids. 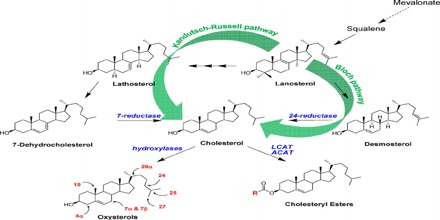 Although coronary mortality is falling in the USA and Europe owing to improved pharmacotherapy, including statins, and surgical interventions, morbidity continues to increase. Furthermore, the favourable trend in mortality may be reversed because of the increasing incidence of obesity in young people. Globally, coronary disease rates are set to rise dramatically as the more populace parts of Asia become increasingly wealthy and adopt a coronary-prone lifestyle. There will thus be a continuing impetus for on-going research into cholesterol metabolism and the development of drugs to modify it favourably. Currently, statins are the most successful example of the link between basic scientific advances and drug development. 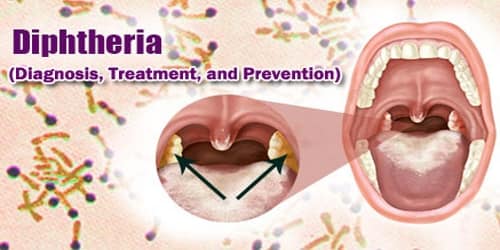