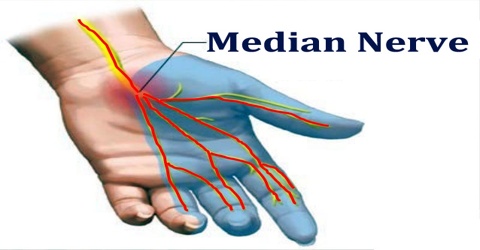 Median nerve is a nerve which runs through the wrist and into the hand. It provides sensation and some movement to the hand, the thumb, the index finger, the middle finger, and half of the ring finger. It is one of the terminal branches of the brachial plexus that extends along the radial parts of the forearm and the hand and supplies various muscles and the skin of these parts. It arises from the brachial plexus by two large roots, one from the lateral and one from the medial cord. 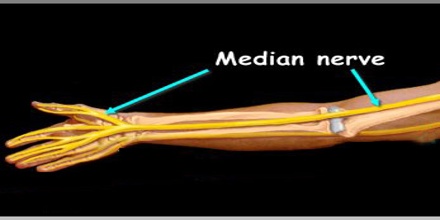 Nerve roots of the median nerve are from the ventral rami of the C6-T1 nerves. The median nerve is formed by the unification of the medial and lateral cords. It can be seen as the central line of an ‘M Shaped’ brachial plexus, the cords of which surround the axillary artery.

Structure and Functions of Median Nerve

In the upper arm and near the shoulder, the median nerve branches off of the brachial plexus. A portion of its path covers the medial side of the arm, near both the biceps brachii and brachialis muscle. Median nerve also extends downward through the forearm, ultimately traversing the carpal tunnel as it enters the hand. It gives off an articular branch in the upper arm as it passes the elbow joint. A branch to pronator teres may arise from the median nerve immediately proximal to the elbow joint. 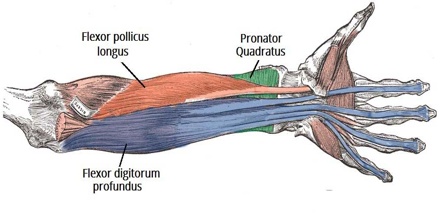