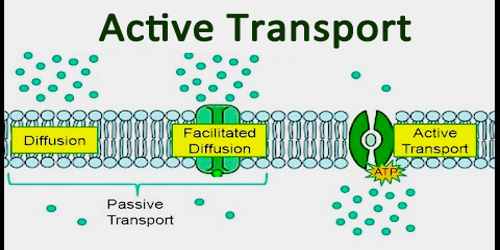 Active transport is the movement of ions or molecules across a cell membrane in the direction opposite that of diffusion, that is, from an area of lower concentration to one of higher concentration. Active transport requires the assistance of a type of protein called a carrier protein, using energy supplied by ATP. One type of active transport channel will bind to something it is supposed to transport – for example, a sodium ion and hold onto it until a molecule of ATP comes along and binds to the protein. 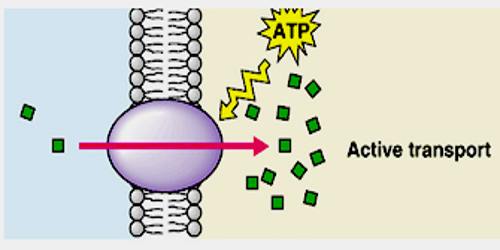 In 1848, the German physiologist Emil Heinrich du Bois-Reymond suggested the possibility of active transport of substances across membranes. Rosenberg (1948) formulated the concept of active transport based on energetic considerations, but later it would be redefined.

Unlike passive transport, which uses the kinetic energy and natural entropy of molecules moving down a gradient, active transport uses cellular energy to move them against a gradient, polar repulsion, or other resistance. Active transport is usually associated with accumulating high concentrations of molecules that the cell needs, such as ions, glucose and amino acids.

Classifications and Functions of Active Transport

Primary Active Transport: Most of the enzymes that perform this type of transport are transmembrane ATPases. A primary ATPase universal to all animal life is the sodium-potassium pump, which helps to maintain the cell potential.  One of the most important pumps in animal cells is the sodium-potassium pump, which moves Na+ out of cells and K+ into them. Because the transport process uses ATP as an energy source, it is considered an example of primary active transport. 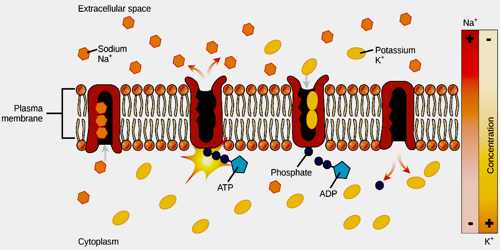 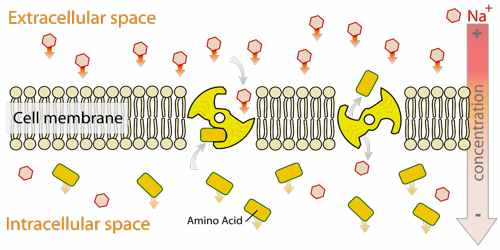 In August 1960, in Prague, Robert K. Crane presented for the first time his discovery of the sodium-glucose cotransport as the mechanism for intestinal glucose absorption. Crane’s discovery of cotransport was the first ever proposal of flux coupling in biology.