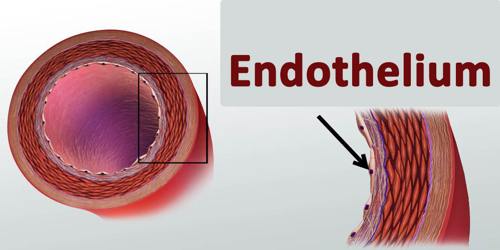 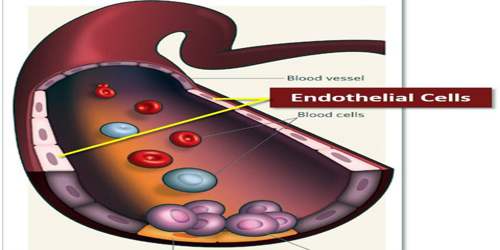 The endothelium is simple squamous epithelium, meaning that it consists of a single layer of flat, or squamous, epithelial cells, making it the thinnest possible type of membrane. This single layer of cells may also be referred to as a monolayer. An epithelium, in general, is any type of tissue that serves to line the surface or cavity of any structure in the body. The epithelium is one of the four primary tissue types in the human body, the others being connective tissue, nervous tissue, and muscle tissue.

These cells have unique functions in vascular biology. These functions include fluid filtration, such as in the glomerulus of the kidney, blood vessel tone, hemostasis, neutrophil recruitment, and hormone trafficking. Endothelium of the interior surfaces of the heart chambers is called endocardium.

Structure and Functions of Endothelium

The word “endothelium” is derived from the Greek “endon,” within + G. “thele,” nipple. The endothelium is mesodermal in origin. Both blood and lymphatic capillaries are composed of a single layer of endothelial cells called a monolayer. In straight sections of a blood vessel, vascular endothelial cells typically align and elongate in the direction of fluid flow.

By contrast, the outside layer of cells that covers all the free, open surfaces of the body including the skin, and mucous membranes that communicate with the outside of the body is called the epithelium. 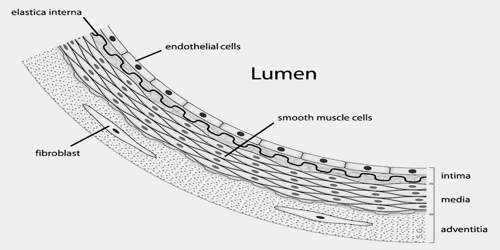 The main job of endothelial cells is to provide a barrier between the blood and the rest of the body tissues. Blood must be contained inside the transporting vessels, but substances need to move in and out of it in a controlled manner. The endothelium provides this selectively permeable layer across which chemicals and white blood cells move according to where they are needed. Endothelial cells also have several other specialized functions, including the following:

The endothelium is involved in a number of important functions. It helps control blood pressure through vasodilation and vasoconstriction, the widening and constricting of the blood vessels respectively. It also aids in blood clotting, minimizing damage and blood loss in the case of wounds. 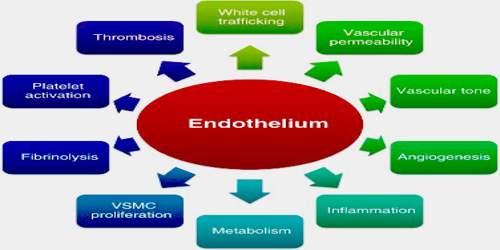 Other endothelial functions include angiogenesis or the growth of new blood vessels and serving as a barrier by selectively allowing certain materials to exit or enter the bloodstream. In addition to the above functions, the endocardium also controls the development of the heart muscle in the embryo and into adulthood. It is also responsible for regulating the function of the myocardium, or the heart muscle.

The endothelium can also be involved in a variety of disorders. Both inflammation, an immune response characterized by redness and swelling, and atherosclerosis, in which the blood vessels become clogged with a fatty buildup that impedes blood flow, involve the endothelium.

Endothelial dysfunction, in which the endothelium ceases to work properly, is an early sign of atherosclerosis, in addition to other circulatory system disorders. One of the main mechanisms of endothelial dysfunction is the diminishing of nitric oxide, often due to high levels of asymmetric dimethylarginine, which interfere with the normal L-arginine-stimulated nitric oxide synthesis and so leads to hypertension. 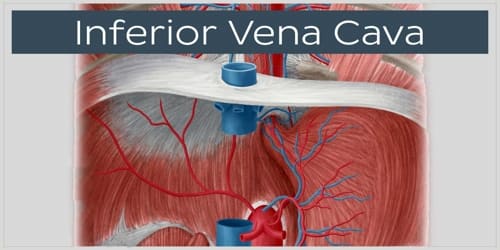