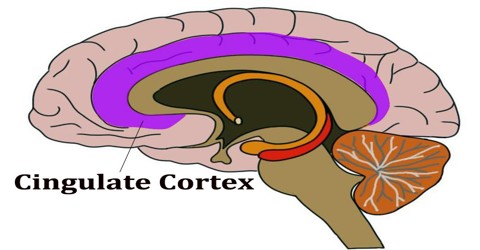 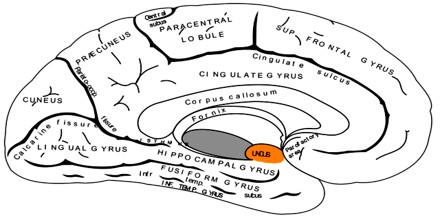 It is located at the front of the corpus callosum which connects the left and right hemispheres of the brain. It is an integral part of the limbic system, which is involved with emotion formation and processing, learning, and memory. It is responsible for many psychological and physiological functions. It also regulates blood pressure and the heart rate. Its psychological functions include decision making and evaluation processes, emotional regulation, preparation for tasks, error detection, and executive functions. The cingulate cortex consists of the cingulate gyrus–which sits just above the corpus callosum–as well as the adjacent cingulate sulcus.

Structure and Functions of Cingulate Cortex

The most common method of dividing the structure is to split it into anterior and posterior regions; each is thought to be involved with different tasks. 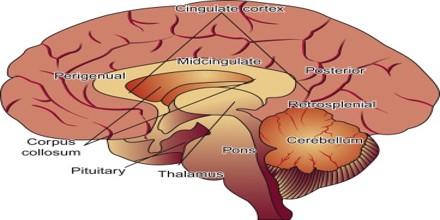 The posterior cingulate cortex, or PCC, lies just behind the anterior cingulate. Its cellular structure is granular. The posterior cingulate cortex receives a great part of its afferent axons from the superficial nucleus (or nucleus superior- falsely LD) of the thalamus, which itself receives axons from the subiculum. The PCC is also considered part of the default mode network, a group of brain structures that are more active when an individual is not involved in a task that requires externally-focused attention. 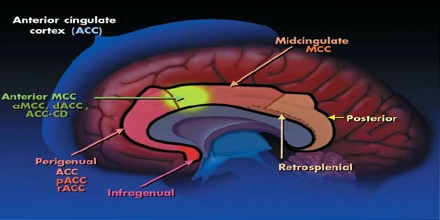 Bacteria Must be Kept Hidden A New Calcium Activity Sensor in Cells has been Developed