Disulfur dinitride is a cyclic square planar chemical compound with the formula S2N2. It is made up of alternating sulfur and nitrogen atoms that form a 4-membered ring structure that is nearly square and planar. It is sensitive to shock and decomposes explosively above 30°C. It is a sulfur molecular entity, an inorganic heterocyclic compound, and a nitride.

Cyclic S2N2 is produced by passing gaseous S4N4 over silver metal wool at 250–300°C under low pressure (1mm Hg). The silver reacts with the sulfur produced by the thermal decomposition of the S4N4 to form Ag2S, and the resulting Ag2S catalyzes the conversion of the remaining S4N4 into the four-membered ring S2N2,

S2N2 decomposes explosively above 30°C, and is shock sensitive. It readily sublimes and is soluble in diethyl ether. Traces of water cause it to polymerize into S4N4. In the solid state it spontaneously polymerizes forming (SN)x. It forms adducts with Lewis acids via a nitrogen atom, e.g. S2N2 · BCl3, S2N2 · 2AlCl3, S2N2 · SbCl5, S2N2 · 2SbCl5.

Nitrides contain the nitride ion (N-3) and, like carbides, can be classified into three types: ionic, interstitial, and covalent.

Certain metal nitrides are unstable, and most react with water to form ammonia and the metal’s oxide or hydroxide; however, boron, vanadium, silicon, titanium, and tantalum nitrides are very refractory, resistant to chemical attack, and hard—and thus useful as abrasives and in the manufacture of crucibles.

S2N2 molecules are nearly square and planar. The S-N bond lengths are 165.1pm and 165.7pm, respectively, and the bond angles are nearly 90°. The S2N2 molecule has 6 electrons and is isoelectronic with the S42+ dication. The bonding was studied using a spin-coupled valence bond method and is described as having four framework sigma bonds, with the N atoms carrying a high negative charge and the S atoms carrying a corresponding positive charge. Two π electrons from the sulfur atoms are coupled across the ring, resulting in a singlet diradical molecule. 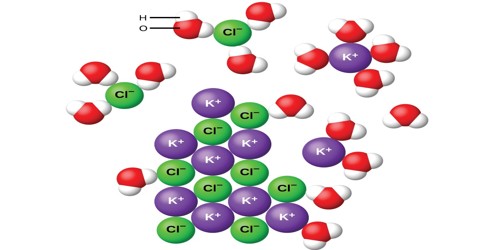