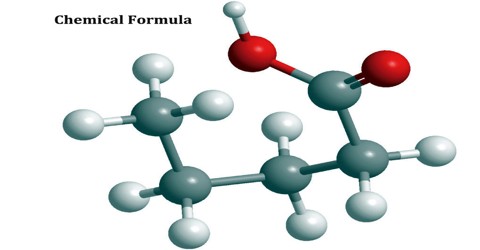 A compound is a substance made up of a definite proportion of two or more elements. A chemical formula tells us the number of atoms of each element in a compound. It contains the symbols of the atoms of the elements present in the compound, as well as how many there are for each element in the form of subscripts.

Since a chemical formula must be expressed as a single line of chemical element symbols, it often cannot be as informative as a true structural formula, which is a graphical representation of the spatial relationship between atoms in chemical compounds. It may be used in chemical equations to describe chemical reactions and other chemical transformations, such as the dissolving of ionic compounds into solution.

There are 6 C atoms and 14 H atoms in a hexane molecule, which has a molecular formula of C6H14.

The chemical formula of table salt or sodium chloride is NaCl. There is one sodium atom and one chlorine atom in each molecule. The word empirical is defined as something that is verified by observation. It is the simplest ratio of the whole number of elements in a compound. It’s sort of like simplifying mathematical fractions. Sometimes the molecular and empirical formula are the same (e.g., H2O), while other times the formulas are different. For example, the empirical formula of glucose is CH2O, which is obtained by dividing all of the subscripts by the common value (6, in this case).

This type of chemical formula is a sort of shorthand notation; the condensed structural formula may omit the symbols for carbon and hydrogen in the structure, simply indicating the chemical bonds and formulas of functional groups. The written condensed formula lists the atoms in the order in which they appear in the molecular structure. For example, the molecular formula of hexane is C6H14, but its condensed formula is CH3(CH2)4CH3. This formula not only provides the number and type of atoms, but also indicates their position in the structure. It is the most commonly used system in chemical databases and printed indexes to sort lists of compounds.

Examples: The following formulas are written using the Hill system, and listed in Hill order: