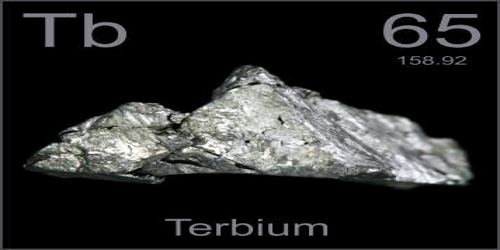 Terbium is a soft, silvery-gray metallic element of the lanthanide series. It is used in color television tubes, x-ray machines, and lasers. Its atomic number 65; atomic weight 158.925; melting point 1,356°C; boiling point 3,123°C; specific gravity 8.229; valence 3, 4. The ninth member of the lanthanide series, terbium is a fairly electropositive metal that reacts with water, evolving hydrogen gas. Terbium is never found in nature as a free element, but it is contained in many minerals, including cerite, gadolinite, monazite, xenotime, and euxenite. 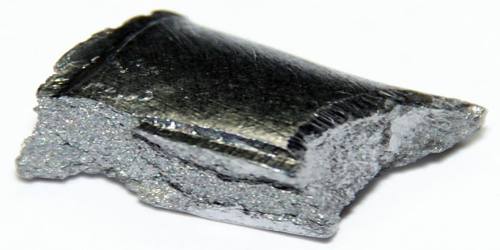 Terbium was first isolated in 1843 by the Swedish chemist Carl Mosander at Stockholm. He had already investigated cerium oxide and separated a new element from it, lanthanum, and now he focussed his attention on yttrium, discovered in 1794, because he thought this too might harbour another element. In fact Mosander was able to obtain two other metal oxides from it: terbium oxide (yellow) and erbium oxide (rose pink) and these he announced in 1843. This was not the end of the story, however, because later that century these too yielded other rare earth elements (aka lanthanoids). Today these elements are easily separated by a process known as liquid-liquid extraction.

Terbium is classified as an element in the Lanthanide series as one of the “Rare Earth Elements” which can locate in Group 3 elements of the Periodic Table and in the 6th and 7th periods. The Rare Earth Elements are divided into the Lanthanide and Actinide series. The elements in the Lanthanide series closely resemble lanthanum, and one another, in their chemical and physical properties. Their compounds are used as catalysts in the production of petroleum and synthetic products. Nearly 75% of all the elements in the Periodic Table are classified as metals which are detailed in the List of Metals. 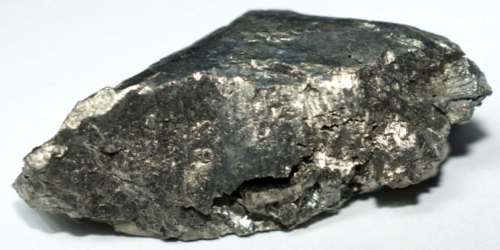 Occurrences, Production and Properties of Terbium

Terbium is one of the rarest of the Lanthanides. It ranks about 55th among the elements in the Earth’s crust. It is about as abundant as molybdenum and tungsten, but more abundant than iodine, silver, and gold. Terbium occurs with other Lanthanides in minerals such as monazite, cerite, gadolinite, xenotime, and euxenite. Terbium has 26 isotopes with terbium-159 being the only isotope that that occurs in nature. These 26 isotopes have mass numbers ranging from 140 to 165.

Currently, the richest commercial sources of terbium are the ion-adsorption clays of southern China; the concentrates with about two-thirds yttrium oxide by weight have about 1% terbia. Small amounts of terbium occur in bastnäsite and monazite. 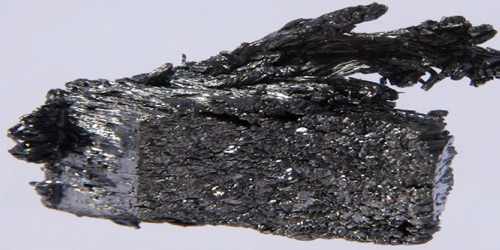 The production of terbium involves obtaining fractions of different basicity from yttria using ammonium hydroxide. Two substances known as terbia and erbia were obtained from these fractions. Terbia and erbia contain the rare earth elements terbium and erbium. It is usually obtained in the form of the compound terbium fluoride (TbF3) when the standard procedure is used to separate the rare earth elements. Terbium is obtained when electric current passes through the compound terbium fluoride.

Terbium has the silver-gray luster typical of many metals. It is quite soft, however, and can be cut with a knife. It is also malleable and ductile, meaning it can be hammered into thin sheets and drawn into wires rather easily. The melting point of terbium is 1,356°C (2,473°F) and its boiling point is about 2,800°C (5,000°F). It has a density of 8.332 grams per cubic centimeter. Like many of its rare earth cousins, terbium is not very active. It does not react with oxygen in the air very easily. It does react with water slowly, however, and will dissolve in acids.

Terbium is used to dope calcium fluoride, calcium tungstate and strontium molybdate, all used in solid-state devices. It is also used in low-energy lightbulbs and mercury lamps. It has been used to improve the safety of medical x-rays by allowing the same quality image to be produced with a much shorter exposure time. Terbium salts are used in laser devices. 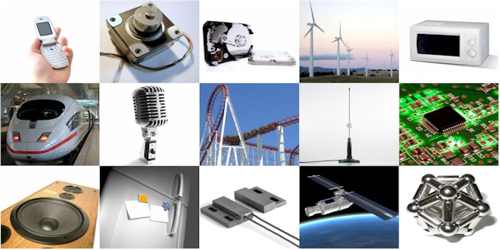 Terbium oxide is used in green phosphors in fluorescent lamps and color TV tubes. Sodium terbium borate is used in solid state devices. The brilliant fluorescence allows terbium to be used as a probe in biochemistry, where it somewhat resembles calcium in its behavior. Terbium “green” phosphors (which fluoresce a brilliant lemon-yellow) are combined with divalent europium blue phosphors and trivalent europium red phosphors to provide the trichromatic lighting technology which is by far the largest consumer of the world’s terbium supply.

An alloy of terbium, dysprosium and iron lengthens and shortens in a magnetic field. This effect forms the basis of loudspeakers that sit on a flat surface, such as a window pane, which then acts as the speaker.