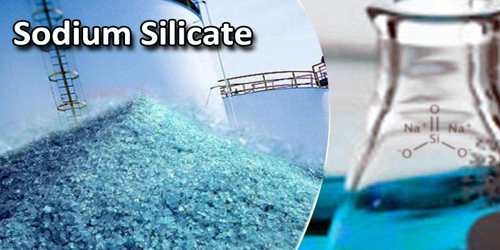 Sodium silicate is a white amorphous (without crystalline structure) solid with the physical properties listed above. Other forms of sodium silicate range from white powders with varying degrees of solubility in water, to greenish, glass-like solids, to liquids with varying degrees of viscosity. It is also known as waterglass or liquid glass, these materials are available in aqueous solution and in solid form. 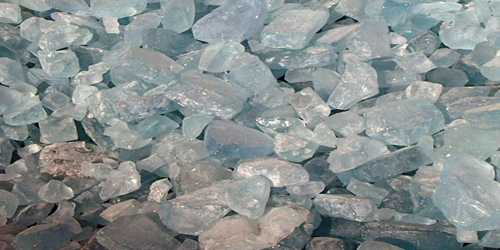 Sodium silicate, also known as water glass or soluble glass, is a compound containing sodium oxide and silica. The viscosity of this compound varies according to the ratios of silica and sodium oxide used. This alkaline substance is available as a nearly colorless, glass-like powder, or as a syrup-like liquid when mixed with water and heated under pressure. Sodium silicate has a variety of industrial, agricultural and manufacturing uses. It is a versatile, inorganic chemical made by combining various ratios of sand and soda ash (sodium carbonate) at high temperature. This process yields a variety of products with unique chemistry that are used in many industrial and consumer applications.

It was first observed by Van Helmont, a chemist, in 1640 as a fluid substance made by melting sand with excess alkali (base that dissolves in water). Water Glass was defined in Von Wagner’s Manual of Chemical Technology, in 1892, as any of the soluble alkaline silicates, which was first observed by Van Glaber, a German chemist made “fluid silica” in 1648 from potash and silica. Von Fuchs, another chemist, in 1825, obtained what is now known as water glass by treating silicacid with an alkali, the result being soluble in water. Von Wagner distinguished soda, potash, double (soda and potash), and fixin as types of water glass.

Production and Properties of Sodium Silicate

Sodium silicate is commonly manufactured using a reaction in liquid phase or in solid phase. Both processes use alkaline and quartz sand as raw materials. A synthesis scheme for the substance involves a combination of sodium carbonate (Na2CO3) and silicon dioxide (SiO2) under conditions sufficient to melt both reactants. Sodium silicate is produced by this method with sufficient efficiency to be of commercial use. The chemical reaction is given as:

Sodium silicate is one of the raw materials used in the synthetic production of silica gel. Silica gel is an effective dessicant, or drying agent. 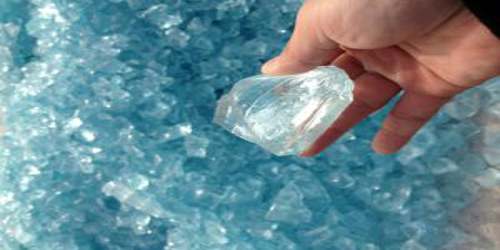 Sodium silicate is a white powder that is readily soluble in water, producing an alkaline solution. It is one of a number of related compounds like, sodium ortho silicate, sodium pyro silicate, etc. All are glassy, colorless and dissolve in water.

Sodium silicate is stable in neutral and alkaline. In acidic solutions, the silicate ion reacts with hydrogen ions to form silicic acid, which when heated and roasted forms silica gel, a hard, glassy substance. Liquids and solids based on sodium silicate and produced by PQ Corporation have a density from 1.6g/cubic cm. to about 1.4 g/cubic cm. 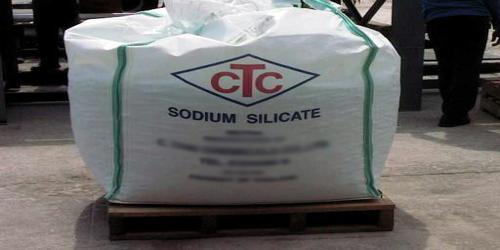 Sodium silicate was also used as an egg preservation agent in the early 20th century with large success. When fresh eggs are immersed in it, bacteria which cause the eggs to spoil are kept out and water is kept in. Eggs can be kept fresh using this method for up to nine months. It is used to bind items such as paper cores for paper towels and toilet tissue, fiber drums, corrugated board, paperboard laminates and angleboard. The liquid sodium silicate is typically applied via a transfer roller, by cascading the diluted solution on the material surface or by immersing the material in the adhesive solution. Some manufactures prefer sodium silicate as an adhesive because it is low cost, non-toxic and environmentally friendly.