Home Science Biology Marine Parasites have been Decimated by Warming Oceans, but this is not a Good Thing Marine parasites play an important role in the ocean ecosystem, serving as food for other animals and helping to control population levels of their host species. A decline in their numbers can have a ripple effect throughout the ecosystem, potentially leading to imbalances and declines in other species.

A unique look at long-term changes in parasite populations is provided by fish specimens that have been maintained for more than a century. New research from the University of Washington shows that fish parasites plummeted from 1880 to 2019, a 140-year stretch when Puget Sound their habitat and the second largest estuary in the mainland U.S. warmed significantly.

The research represents the world’s largest and longest dataset of the prevalence of animal parasites, and it was published the week of January 9 in the Proceedings of the National Academy of Sciences. According to this, parasites might be particularly vulnerable to climate change.

“People generally think that climate change will cause parasites to thrive, that we will see an increase in parasite outbreaks as the world warms,” said lead author Chelsea Wood, a UW associate professor of aquatic and fishery sciences. “For some parasite species that may be true, but parasites depend on hosts, and that makes them particularly vulnerable in a changing world where the fate of hosts is being reshuffled.”

Many parasites switch between different host species, unlike some parasites that only have one type of host. The larvae emerge from one host species and infect a different one, and the adult may mature in a third host before laying eggs.

Analysis of historical fish specimens revealed an 11% average reduction in abundance per decade for parasites that depend on three or more host species during their lifespan, including more than half the parasite species discovered in the study’s Puget Sound fish. Nine of the 10 parasite species that had entirely vanished by 1980 required three hosts or more.

People generally think that climate change will cause parasites to thrive, that we will see an increase in parasite outbreaks as the world warms. For some parasite species that may be true, but parasites depend on hosts, and that makes them particularly vulnerable in a changing world where the fate of hosts is being reshuffled.

“Our results show that parasites with one or two host species stayed pretty steady, but parasites with three or more hosts crashed,” Wood said. “The degree of decline was severe. It would trigger conservation action if it occurred in the types of species that people care about, like mammals or birds.”

“And while parasites inspire fear or disgust especially for people who associate them with illness in themselves, their kids or their pets the result is worrying news for ecosystems,” Wood said.

“Parasite ecology is really in its infancy, but what we do know is that these complex-lifecycle parasites probably play an important role in pushing energy through food webs and in supporting top apex predators,” Wood said. She is one of the authors of a 2020 report laying out a conservation plan for parasites.

One of the first studies to employ a fresh technique for recovering details on historical parasite populations is Wood’s. Taxidermy, which only preserves parasites on skin, feathers, or fur, is used to preserve mammals and birds. However, specimens of fish, reptiles, and amphibians are stored in fluid, which also retains any parasites present when the animal died.

The study concentrated on eight fish species that are frequently found in the hidden collections of natural history museums. Most came from the UW Fish Collection at the Burke Museum of Natural History and Culture.

Before returning the preserved fish specimens to the museums, the authors meticulously cut into each one, identified, and counted the parasites they found within.

“It took a long time. It’s certainly not for the faint of heart,” Wood said. “I’d love to stick these fish in a blender and use a genomic technique to detect their parasites’ DNA, but the fish were first preserved with a fluid that shreds DNA. So what we did was just regular old shoe-leather parasitology.”

Among the multi-celled parasites they found were arthropods, or animals with an exoskeleton, including crustaceans, as well as what Wood describes as “unbelievably gorgeous tapeworms:” the Trypanorhyncha, whose heads are armed with hook-covered tentacles. In total, the team counted 17,259 parasites, of 85 types, from 699 fish specimens.

The authors evaluated three potential factors, including levels of pollution, temperature at the ocean’s surface, and the abundance of the host species in Puget Sound, to explain the parasite decreases. The variable that best explained the decline in parasites was sea surface temperature, which rose by 1 degree Celsius (1.8 degrees Fahrenheit) in Puget Sound from 1950 to 2019.

“A parasite that requires multiple hosts is like a delicate Rube Goldberg machine,” Wood said. They are susceptible to disturbance at any moment in the lengthy process they must go through to finish their lifecycle.

“This study demonstrates that major parasite declines have happened in Puget Sound. If this can happen unnoticed in an ecosystem as well studied as this one, where else might it be happening?” Wood said. “I hope our work inspires other ecologists to think about their own focal ecosystems, identify the right museum specimens, and see whether these trends are unique to Puget Sound, or something that is occurring in other places as well.”

“Our result draws attention to the fact that parasitic species might be in real danger,” Wood added. “And that could mean bad stuff for us not just fewer worms, but less of the parasite-driven ecosystem services that we’ve come to depend on.” 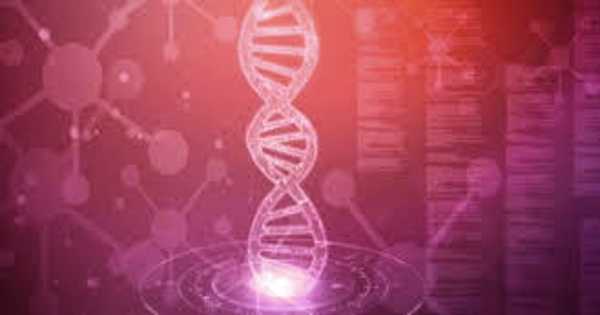 Diet-induced Obesity can be treated by Targeting Mitochondria

Studying the Neurological Mechanisms Underlying the Itch in Mice’s Eyes