One promising anode material for sodium-ion batteries is graphite. Graphite has a high theoretical capacity for sodium storage (372 mAh/g) and has been used successfully as an anode in prototypes of sodium-ion batteries. However, the practical capacity of graphite is limited due to the formation of a solid electrolyte interface (SEI) layer, which decreases the efficiency of the battery.

Other materials that have been explored as anodes for sodium-ion batteries include silicon, tin, and titanium dioxide. These materials have high theoretical capacities for sodium storage, but they tend to suffer from severe volume changes during charging and discharging, which can lead to capacity fading and battery degradation over time.

Because lithium is both expensive and scarce, the development of efficient energy storage systems other than lithium-ion batteries is required. Sodium is an intriguing candidate. However, because sodium ions are large and slow, they impair sodium-ion battery (SIB) anode performance. Researchers recently created pyrolyzed quinacridones, new carbonaceous SIB anode materials that are efficient, easy to prepare, and have excellent electrochemical properties such as high sodium-ion storage performance and cycling stability.

Organic pigments with diverse structures and functional groups include quinacridones. As a result, their thermal decomposition behaviors and microstructures differ. Pyrolyzed quinacridones, when used as a precursor for energy storage materials, can significantly alter the performance of secondary batteries.

Climate change is a major global issue in the twenty-first century. Carbon emissions must be reduced by utilizing renewable energy sources and developing efficient energy storage systems. Because of their high energy density and long cycle life, lithium-ion batteries are indispensable in portable electronics and electric vehicles. However, due to the high cost and limited supply of lithium, alternative energy storage systems must be developed. Researchers have proposed sodium-ion batteries (SIBs) as a possible candidate in this regard.

Sodium, in addition to having physicochemical properties similar to lithium, is both sustainable and cost-effective. However, its ions are large and have slow diffusion kinetics, making them difficult to accommodate within the carbon microstructures of commercialized graphite anodes. As a result, structural instability and poor storage performance plague SIB anodes. Carbonaceous materials doped with heteroatoms show promise in this regard. Their preparation, however, is complicated, costly, and time-consuming.

“Organic pigments with diverse structures and functional groups include quinacridones. As a result, their thermal decomposition behaviors and microstructures differ. Pyrolyzed quinacridones, when used as a precursor for energy storage materials, can significantly alter the performance of secondary batteries. As a result, by controlling the structure of organic pigments precursors, it is possible to implement a highly efficient battery” Professor Lee explains. Their research has been made public and will be published in Volume 453, Part 1 of the Chemical Engineering Journal.

The researchers focused on 2,9-dimethylquinacridone (2,9-DMQA) in their study. 2,9-DMQA has a parallel molecular packing configuration. Upon pyrolysis (thermal decomposition) at 600°C, 2,9-DMQA turned from reddish to black with a high char yield of 61%. The researchers next performed a comprehensive experimental analysis to describe the underlying pyrolysis mechanism.

They proposed that at 450°C, methyl substituent decomposition generates free radicals, which form polycyclic aromatic hydrocarbons with a longitudinally grown microstructure due to bond bridging along the parallel packing direction. Furthermore, functional groups containing nitrogen and oxygen in 2,9-DMQA released gases, resulting in disordered domains in the microstructure. Unsubstituted quinacridone, on the other hand, formed highly aggregated structures when pyrolyzed. This suggested that the crystal orientation of the precursor had a significant impact on morphological development.

Furthermore, as a SIB anode, 2,9-DMQA pyrolyzed at 600°C demonstrated a high rate capability (290 mAh/g at 0.05 A/g) and excellent cycle stability (134 mAh/g at 5 A/g for 1000 cycles). The nitrogen- and oxygen-containing groups improved battery storage even further by increasing surface confinement and interlayer distance.

“Quinacridones, for example, can be used as anode materials in sodium-ion batteries. They will provide an effective strategy for mass production of large-scale energy storage systems due to their high efficiency” Prof. Lee concludes.

Define and Discuss on Electrochemical Cells 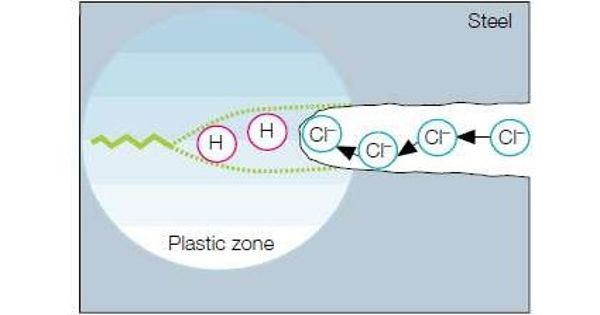 Engineers Use a Sustainable Electrochemical Reaction to Convert Nitrates to Ammonia, which has a High Solar-to-Fuel Efficiency