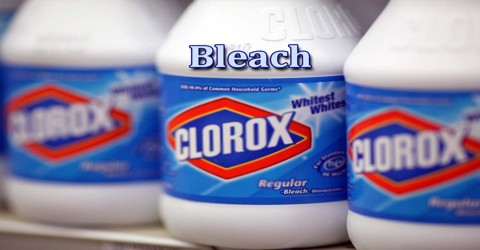 Bleach is a chemical agent used to whiten or remove color from textiles, paper, food, and other substances and materials. Chlorine, sodium hypochlorite, and hydrogen peroxide are bleaches. Bleaches remove color by oxidation or reduction. It is also hazardous because it is very reactive. Sodium hypochlorite reacts with ammonia, drain cleaners, and other acids. 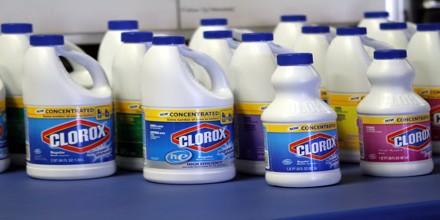 Bleach works by the process of oxidation or the alteration of a compound by the introduction of oxygen molecules. A stain is essentially a chemical compound, and the addition of bleach breaks down the molecules into smaller elements so that it separates from the fabric. Detergent and the agitation of the washing machine speed up the cleaning process.

Bleaches are used as household chemicals to whiten clothes and remove stains and as disinfectants, primarily in the bathroom and kitchen. They are also used in many industrial processes, notably in the bleaching of wood pulp. It is also used for removing mildew, killing weeds and increasing the longevity of cut flowers.

Bleach is found in nearly every household. The two types of household bleach are chlorine bleach and peroxide bleach.

Chlorine Bleach: Chlorine is a yellow-green gas at room temperature. Chlorine bleach is cheap to manufacture and effective in both warm and hot wash temperatures. However, it has strong chemical properties which can weaken textile fibers. It is produced by the electrolysis of sodium chloride.

Chlorine is used to prepare sodium and calcium hypochlorites. It is used as a disinfectant in water treatment, especially to make drinking water and in large public swimming pools. It was used extensively to bleach wood pulp, but this use has decreased significantly due to environmental concerns. 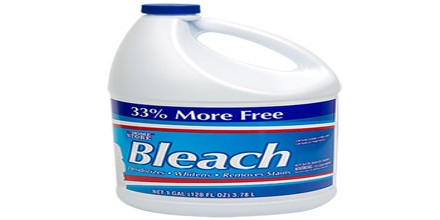 Peroxide Bleach: Peroxide bleach was introduced in the 1950s, it helps to remove stains, especially in higher wash temperatures, and it will not bleach most colored materials and does not weaken fabrics, as does sodium hypochlorite bleach. Most peroxide bleaches are adducts of hydrogen peroxide. They contain hydrogen peroxide, HOOH in combination with another material like sodium carbonate or urea. An exception is sodium perborate, which has a cyclic structure containing two O-O single bonds. All peroxide-based bleaches release hydrogen peroxide when dissolved in water. Peroxide bleaches are often used with catalysts and activators, e.g., tetraacetylethylenediamine or sodium nonanoyloxybenzenesulfonate.

Manufacturing and Applications of Bleach

The manufacture of sodium hypochlorite bleach requires several steps. All the steps can be carried out at one large manufacturing facility, or the chlorine and caustic soda can be shipped from different plants to the reactor site. Both chlorine and caustic soda are hazardous chemicals and are transported according to strict regulations. Safety is a primary concern at manufacturing plants because of the presence of volatile chlorine gas. 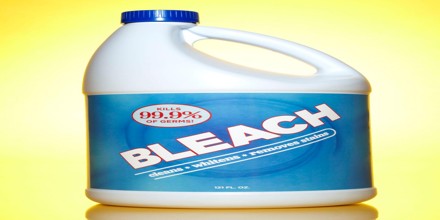 The raw materials for making household bleach are chlorine, caustic soda, and water. The chlorine and caustic soda are produced by putting direct current electricity through a sodium chloride salt solution in a process called electrolysis. Sodium chloride, common table salt, comes from either mines or underground wells. The salt is dissolved in hot water to form a salt solution, which is then treated for impurities before it is reacted in the electrolytic cell.

Many types of bleach have strong bactericidal properties, and are used for disinfecting and sterilizing and thus are used in swimming pool sanitation to control bacteria, viruses and algae and in any institution where sterile conditions are needed. Color safe bleach is a chemical that uses hydrogen peroxide as the active ingredient rather than sodium hypochlorite or chlorine. It also has chemicals in it that help brighten colors. Hydrogen peroxide is also used for sterilization purposes and water treatment, but its disinfectant capabilities may be limited due to the concentration in the colorsafe bleach solution as compared to other applications.