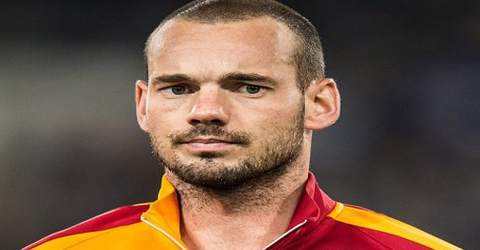 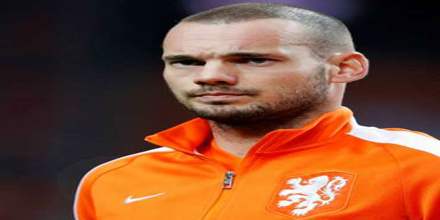 Wesley Benjamin Sneijder was born on June 9, 1984, in Utrecht, Netherlands. He is a professional football player associated with Turkish Club Galatasaray and also plays from the Netehrlands’s national football team. He was named UEFA midfielder of the season and one of the three best midfielders in the world for 2010 by FIFA. A product of the AFC Ajax Academy, he previously played for Ajax, with whom he won four trophies and was awarded the Johan Cruyff Trophy in 2004. He was sold to Real Madrid for €27 million in 2007, winning La Liga in his first season with the club and later being sold to Internazionale for €15 million. At Inter, he won Serie A, the UEFA Champions League, the FIFA Club World Cup, and two Coppa Italia. After being sold to Galatasaray for €7.5 million in 2013, he helped the club win the Süper Lig in his first season, following with the capture of the Turkish Super Cup, after a 1–0 win against rivals Fenerbahçe. 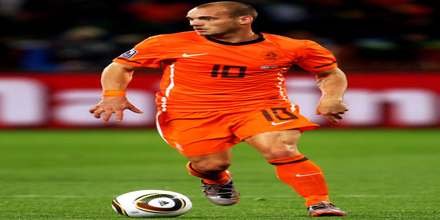 Sneijder previously represented various youth squads for the Netherlands. He is now a regular player for the Dutch national team, making his debut in April 2003 at the age of 18, and representing his country at the 2006, 2010 (where the Netherlands were defeated 1–0 in the final) and 2014 FIFA World Cups, as well as the 2004, 2008 and 2012 UEFA European Football Championships. Individually, he was awarded the 2010 Bronze Boot, the 2010 Silver Ball, and included in the team of the tournament for Euro 2008 and the 2010 World Cup, as well as named man of the match for six out of eleven games played by the Oranje at these two tournaments. With 126 caps, he is their second-most capped player of all time, after Edwin van der Sar. 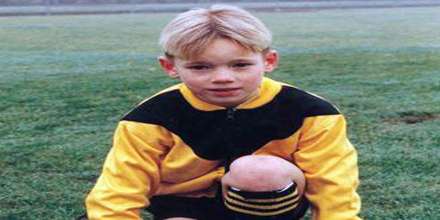 Wesley Benjamin Sneijder was born on June 9, 1984, in Utrecht, Netherlands. He left home at age 7 to join the youth system of the Amsterdam-based club Ajax, where his older brother, Jeffrey, was already training. After honing his ambidextrous passing and scoring abilities, Sneijder signed his first pro contract with Ajax at 17.

Sneijder has two brothers: Jeffrey, a former footballer, and Rodney, who plays for Scottish club Dundee United. In May 2008, it was reported that Sneijder had blocked a summer transfer of Rodney to his own club at the time, Real Madrid. Wesley Sneijder said, “Real Madrid wanted him and Rodney was very happy about that. But when I heard of it, I stopped the discussions. I am not in favour of juniors increasingly going to top clubs. I’ve told him that he first must make a breakthrough at Ajax.”

During an interview in a radio station in Thessaloniki, Sneijder’s brother Rodney confirmed that he and Wesley Sneijder (along with their other brother Jeffrey) have Greek descent, since their grandmother was a Greek woman born in Kavala and moved to Utrecht before the World War II. 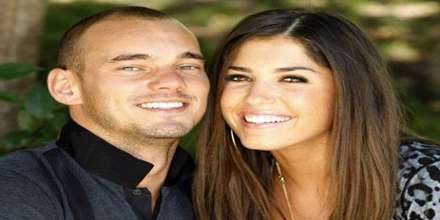 In 2009, he and actress Yolanthe Cabau started dating. He got married to Yolanthe Cabau in a civil ceremony in Amsterdam on April 7, 2010. He was previously married to Ramona Streekstra on 18 June 2005. They got divorced in 2009 and has a child.He has a salary of 3.2 million EUR (2013).Sneijder and his spouse (Yalanthe Cabau) have two children: Rodney Sneijder, Jeffrey Sneijder.

Sneijder made his debut for the senior side in March 2003 and quickly proved he belonged with his impressive performance in Champions League play. A lineup fixture by the following year, he helped Ajax claim the league title in 2004 and the KNVB Cup the subsequent two seasons. 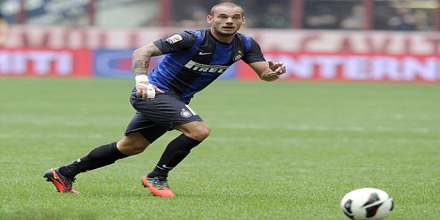 On 7 May 2006, Sneijder was in the starting line-up for Ajax in the KNVB Cup final, setting up Klaas-Jan Huntelaar’s opening goal in a 2–1 win over PSV at the De Kuip stadium in Rotterdam.

During the 2006–07 season, Sneijder scored 18 goals in the Eredivisie and 20 goals overall. On 6 May 2007, Sneijder played for Ajax in the final of the KNVB Cup as the team defeated AZ on a penalty shootout.

On 12 August 2007, Ajax agreed to sell Sneijder to Real Madrid for €27 million, according to the club’s website, making him the second most expensive Dutch football player.

After joining Real Madrid in August 2007, Sneijder scored in his first La Liga match and helped his club emerge as league champions. He was named to the Team of the Tournament at the 2008 European Championship and carried the momentum into a victorious Spanish Super Cup performance, but the subsequent season was a disappointment as Real Madrid failed to pick up any titles. 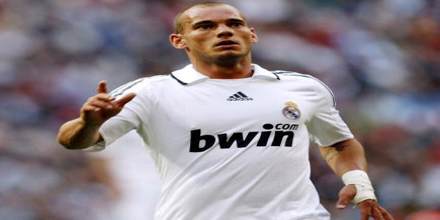 On 2 September 2008, AS reported that after Robinho’s departure to Manchester City for €42 million, Sneijder would now be Real Madrid’s new number 10. One day later, Real Madrid confirmed on their website that Sneijder would wear 10. His previous number, 23, was taken over by his fellow Dutchman and former Ajax teammate Rafael van der Vaart, whose preferred number is 23.

Sold to Italian club Internazionale in August 2009, Sneijder led the Nerazzurri to the Serie A, Italian Cup and Champions League titles in his first season and won the UEFA Club Midfielder of the Year Award. He continued to dazzle at the 2010 FIFA World Cup, scoring five goals to tie for the tournament lead and earning Silver Ball honors as the Netherlands fell just short in the final to Spain. Back with Ajax, he spearheaded the club’s victorious Italian Super Cup and FIFA Club World Cup showings, ending his spectacular year with a fourth-place finish in the Ballon d’Or voting.

Internazionale repeated as Italian Cup champions in 2011, but the performance of the club and its star midfielder gradually diminished, and Sneijder was hopeful of a career revival after signing with Turkish club Galatasaray S.K. in January 2013.

Sneijder agreed a three-and-a-half-year deal with Turkish giants Galatasaray on 20 January 2013 for a fee of €7.5 million. Thousands of Galatasaray fans welcomed the Dutch international at the Istanbul Atatürk Airport as soon as Sneijder’s exact arrival time was announced by the club on their official website. Sneijder signed the official contract on 21 January at the Türk Telekom Arena, home of Galatasaray.

On 5 May 2013, Galatasaray beat Sivasspor 2–1 to win the 2012–13 Süper Lig, this gave Sneijder a league title in a fourth different country. 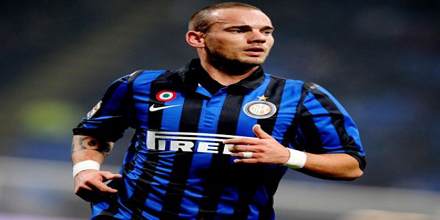 On 7 May 2014, Sneijder played a major part in the Turkish Cup final against Eskişehirspor, scoring the only goal of the game in the 70th minute and receiving the Man of the Match award for his performance.

On 3 October, Sneijder signed a three-year contract extension with Galatasaray. He immediately received a €1.3 million signing bonus, and his basic salaries in the 2016–17 and 2017–18 seasons would be €3.2 million, plus various bonuses. 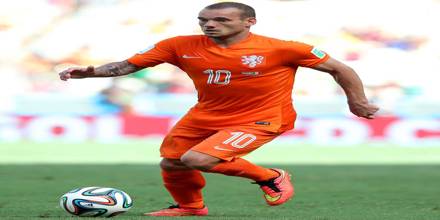 Sneijder made his debut for the Netherlands under-21 side against the Czech Republic on 28 March 2003.

Sneijder reached the UEFA Euro 2004 semi-finals with the Netherlands. He started all four games for the Netherlands at the 2006 FIFA World Cup in Germany.

In the build-up to Euro 2008, Sneijder scored a free kick in a friendly against Wales on 31 May, making it his second strike from a direct free kick in a row. The game ended 2–0 with a goal from fellow Real Madrid teammate Arjen Robben.

He played a key role in the Netherlands reaching the 2010 World Cup Final, and he was awarded the FIFA World Cup Silver Ball. 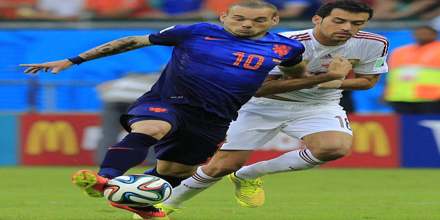 For Euro 2012, the Netherlands were in Group B, also known as the “group of death,” alongside Portugal, Germany, and Denmark. Sneijder was deployed as an attacking midfielder as the Netherlands lost 1–0 and 2–1 to Denmark and Germany, respectively. Against Portugal, they lost again 2–1, with Sneijder playing on the left wing to see the Netherlands have an early exit from Euro 2012.

In August 2012, after the retirement of Mark van Bommel, Sneijder was named as captain of the Netherlands. Less than a year later, however, he was replaced with Robin van Persie by Coach Louis van Gaal.

A creative and versatile midfielder, Sneijder has been recognised as one of the classic playmakers of the 2010s. From his impeccable placement and confirmed ability to score from free kicks, Sneijder earned the reputation as a dead-ball specialist. Of short stature, he is quick and strong on the ball, and his passing range is enhanced by his ambidexterity; he is also a renowned for his powerful striking ability from long range, with either foot. 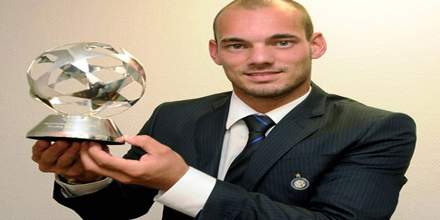 In October 2008, Dutch magazine Voetbal International conducted a poll to decide who was the best Dutch free kick taker. Sneijder received an overwhelming 70% of the votes, while Robin van Persie came second with 21% and striker Klaas-Jan Huntelaar was third with 3% of the vote. He was voted as the best player of the 2009–10 season by Goal.com. 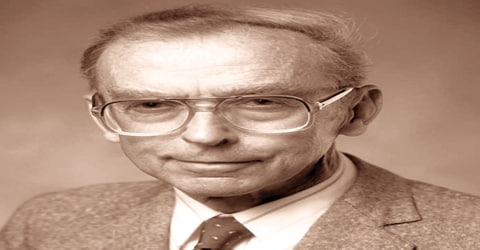 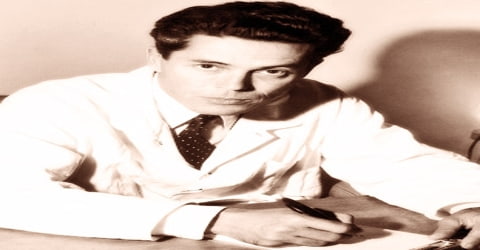