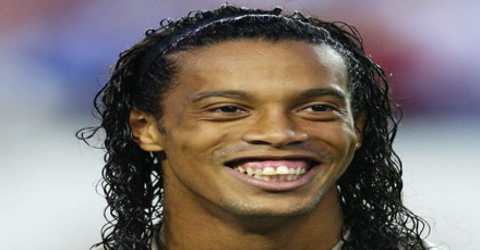 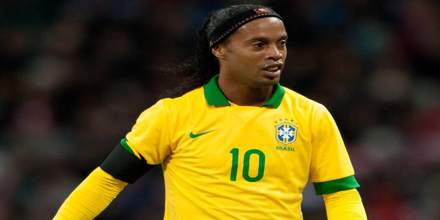 Ronaldo de Assis Moreira was Born on March 21, 1980, in Porto Alegre, Brazil. He is a Brazilian footballer considered to be one of the best players of his generation. A player regarded for his technique, tricks, overhead kicks, and dribbling, he was a member of Brazil’s 2002 World Cup winning team. Playing in his very first World Cup, in 2002, he scored the game-winning score in a quarter-final victory over England. Along with Ronaldo and Rivaldo, he was a part of the attacking trio that made the Brazilian team one of the most formidable ones in international football. Born as the son of a small-time footballer, Ronaldinho developed an early interest in the game and started playing in the youth club matches by the time he was eight. He first caught the media’s attention when as a 13 year old he scored all 23 goals in a 23–0 victory against a local team. Identified as a rising star, he made his senior side debut during the 1998 Copa Libertadores and eventually signed a five-year contract with French side Paris Saint-Germain in 2001. He was a member of the Brazilian squad in the World Cup 2002 and played an active role in helping his team clinch the championship. He later on joined the FC Barcelona of the Spanish league and achieved great success over the next few years, winning back-to-back FIFA World Player of the Year awards in 2004 and 2005.

Ronaldinho has played 97 matches and scored 33 goals for the Brazil national team.

Ronaldinho was named in the FIFA 100, a list of the world’s greatest living players compiled by Pelé, and to the FIFPro World XI from 2005–2007.

Ronaldinho has had endorsements with many companies, including Nike, Pepsi, Coca-Cola, EA Sports, Gatorade and Danone. One of the world’s highest paid players, in 2006 he earned over $19 million from endorsements. Having endorsed Pepsi for much of his career and appeared in commercials with David Beckham, Thierry Henry and Lionel Messi, Ronaldinho signed a deal with Coca-Cola in 2011, however this was terminated in July 2012 after he was caught drinking Pepsi in a news conference.

In 2011, he was recruited by the Joint United Nations Programme on HIV/AIDS to promote awareness among young people of the disease and how to avoid it. In March 2015, Ronaldinho was the sixth most popular sportsperson on Facebook, behind Cristiano Ronaldo, Messi, Beckham, Neymar and Kaká, with 31 million Facebook fans. 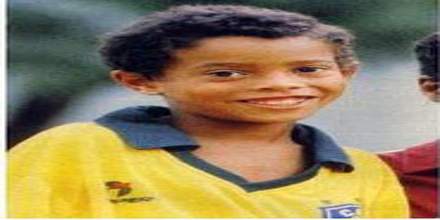 Ronaldinho was born Ronaldo de Assis Moreira on March 21, 1980, in Porto Alegre, Brazil. His father, João Moreira, was a former professional soccer player who also worked as a welder in a shipyard, and his mother, Miguelina de Assis, was a cosmetics saleswoman who later became a nurse.

He inherited his father’s passion for football and started playing organized football as a small child. Unfortunately, his father whom he idolized died of a heart attack when Ronaldinho was eight.

Ronaldinho’s older brother, Roberto Assis, was also a professional soccer player; Ronaldinho was surrounded by soccer from the day he was born.

Ronaldinho idolized his father. “He was one of the most important people for me and in my career, even though he died when I was very young,” he says. (João Moreira suffered a fatal heart attack when Ronaldinho was 8 years old.) “He gave me some of the best advice I’ve ever had. Off the field: ‘Do the right thing and be an honest, straight-up guy.’ And on the field: ‘Play soccer as simply as possible.’ He always said one of the most complicated things you can do is to play it simple.”

Ronaldinho began playing organized youth soccer at the age of 7, and it was as a youth soccer player that he first received the nickname “Ronaldinho,” the diminutive form of his birth name, Ronaldo.

In 1997, he was selected for Brazil’s Under-17 national team and helped his squad win the FIFA Under-17 World Championship in Egypt. 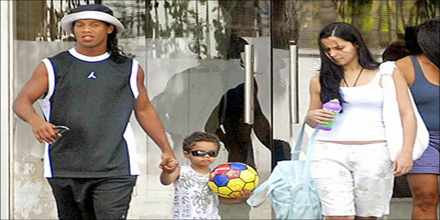 Ronaldinho is the father of a son, João, born on 25 February 2005 to Brazilian dancer Janaína Mendes and named after his late father. He gained Spanish citizenship in 2007.

Ronaldinho quickly developed into one of Brazil’s most talented youth soccer players. When he was 13 years old, he once scored a ridiculous 23 goals in a single game. While leading his team to a variety of junior championships, Ronaldinho immersed himself in Brazil’s long and glorious soccer history, studying past greats such as Pelé, Rivelino and Ronaldo, and dreaming of following in their footsteps. Then, in 1997, a teenaged Ronaldinho won a call-up to Brazil’s Under-17 national team. The squad won the FIFA Under-17 World Championship in Egypt, and Ronaldinho was selected as the tournament’s best player. Soon afterward, Ronaldinho signed his first professional contract to play for Grêmio, one of the most celebrated teams in the Brazilian league. 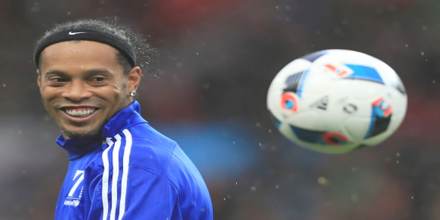 Ronaldinho signed his first professional contract to play for Grêmio and made his senior side debut during the 1998 Copa Libertadores. He achieved considerable success playing for the team and helped them win the inaugural Copa Sul-Minas.

Brazil turned in a second-place finish, and Ronaldinho won the Golden Ball Award as the tournament’s best player as well as the Golden Boot Award as its leading goal scorer.

Firmly established as a star on the international stage, in 2001 Ronaldinho left Brazil for Europe, signing a contract to play for Paris Saint-Germain in France. A year later, he participated in his first World Cup on a loaded Brazilian squad that also featured Ronaldo and Rivaldo. Ronaldinho scored two goals in five matches, including the game-winner in a quarter-final victory over England, and Brazil went on to defeat Germany in the finals to claim its fifth World Cup title.

He was a part of the Brazil’s football team that won the FIFA World Cup in 2002. In the team, he starred alongside two other football legends, Ronaldo and Rivaldo. 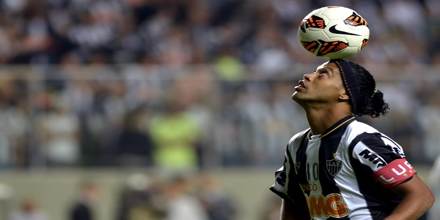 In 2003, Ronaldinho fulfilled a lifelong dream by joining FC Barcelona of the Spanish league, one of the world’s most storied clubs, and winning the legendary No. 10 jersey typically worn by the squad’s greatest creative player.

Ronaldinho won his first league title in 2004–05, and was named FIFA World Player of the Year on 20 December 2004. His fame was growing with his entertaining and productive play in both the La Liga and the UEFA Champions League.

He also led his teammates to the pinnacle of club success in 2006 with a triumphant run through the prestigious Champions League tournament. The following month, Ronaldinho headlined a very talented Brazilian squad that entered the World Cup with sky-high expectations. The tournament ended in disappointment for the defending champs, though, as France knocked Brazil out with a stunning upset in the quarter-finals.

Overall he enjoyed a very successful career with Barcelona and played his 200th career match for the team in a league match against Osasuna on 3 February 2008. However, he was plagued by injuries for most of the 2007-08 season. 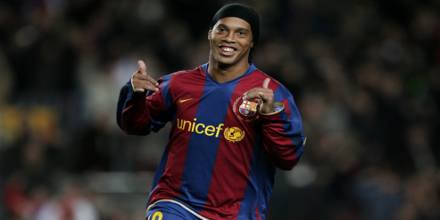 With his contract expiring in 2008, Ronaldinho was offered an extension until 2014 that would have net him £85 million over nine years, but he turned it down. In September 2005, he signed a two-year extension that contained a minimum-fee release clause that allowed him to leave should a club make an offer to Barcelona of at least £85 million for him.

In July 2008, Ronaldinho turned down a £25.5 million offer from Manchester City of the Premier League to join Italian Serie A giants Milan on a three-year contract thought to be worth around £5.1 million (€6.5 million) a year, for €22.05 million plus €1.05 million bonus each season (€24.15 million in 2010). With the number 10 already occupied by teammate Clarence Seedorf, he selected 80 as his jersey number.

In 2008, Ronaldinho left Barcelona to join another of the world’s most renowned clubs, A.C. Milan, but his performance for the Italian Series A giant was mostly nondescript. Underscoring his fading status, the former World Player of the Year was not included in the 2010 Brazilian team that competed in the World Cup in South Africa.

In 2011, Ronaldinho returned to Brazil to play for Flamengo in Rio de Janeiro. The relationship between the club and its most prominent player got off to a great start when Flamengo won the 2011 Campeonato Carioca, but things turned sour by the following season.

He moved to Atlético Mineiro in June 2012, signing a six-month contract. In 2013, he helped the team win Campeonato Mineiro and led his club to its first ever title of the Copa Libertadores. Following his successful stint with the team, he renewed his contract in January 2014 and played for the club till July 2014.

The following year, Ronaldinho helped Atlético win the Campeonato Mineiro and led the club to its first title of the Copa Libertadores.

On 11 July 2015, Ronaldinho announced his return to Brazil and signed an 18-month contract with Fluminense, but on 28 September, Ronaldinho reached a mutual agreement with the club to terminate the deal.

In 1997, he was part of the first Brazilian team to win the FIFA U-17 World Championship, which was held in Egypt, in which his first goal was a penalty against Austria in the first group match, which Brazil won 7–0. 1999 was a busy year for Ronaldinho in terms of international play.

Ronaldinho participated in his first World Cup in 2002, as part of a formidable offensive unit with Ronaldo and Rivaldo, dubbed the “Three Rs”, who were also on the 1999 Copa América winning squad. 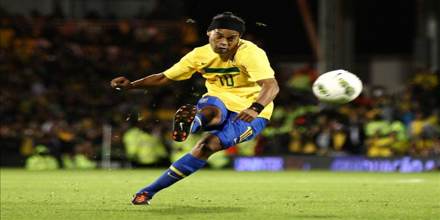 On 7 July 2008, Ronaldinho was named in Brazil’s 2008 Summer Olympics squad as one of the over-age players.

Ronaldinho is regarded as one of the greatest and most skilful players of his generation. Due to his ability to score and create goals, he is capable of playing in several offensive positions, on either wing or in a central position. Throughout his career, he has been deployed as a forward, a winger, although he usually plays as a classic number 10 in an attacking midfield role.

ESPN has described Ronaldinho as being “skillful by nature, his tricks are unparalleled and he is wonderful with the ball at his feet. One of the coolest players in pressure situations” and a “fast, brash, skilful, tricky, an uninhibited playmaker” who provides “a mix of goals, assists, skills and a large repertoire of crafty moves”. 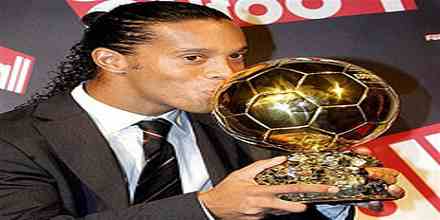 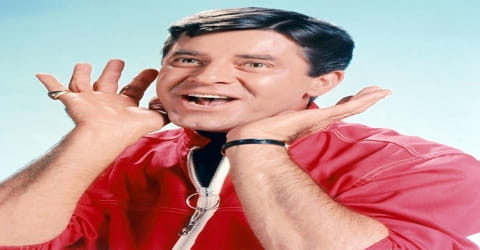 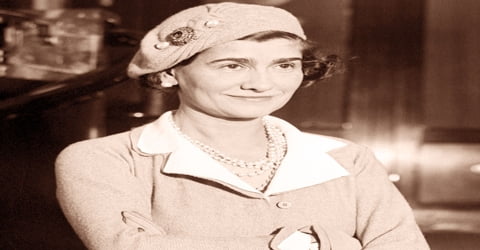 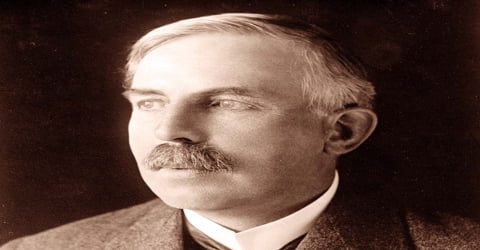