Johan Cruyff was born on April 25, 1947, in Amsterdam, Netherlands. The centerpiece of the Dutch “Total Football” strategy, Cruyff was the first three-time European Player of the Year winner in a career that brought him from the Netherlands to Spain to the United States. A successful manager after his playing career ended, he was named European player of the 20th century in a prestigious poll.

Johan was the second son of Hermanus Cornelis Cruijff and Petronella Bernarda Draaijer, from a humble, working-class background in east Amsterdam. Cruyff, encouraged by his influential football-loving father and his close proximity in Akkerstraat to the De Meer Stadium, played football with his schoolmates and older brother, Henny, whenever he could, and idolised the prolific Dutch dribbler, Faas Wilkes.

In 1959, Cruyff’s father died from a heart attack. His father’s death had a major impact on his mentality. As Cruyff recalled, in celebration of his 50th birthday, “My father died when I was just 12 and he was 45. From that day the feeling crept stronger over me that I would die at the same age and, when I had serious heart problems when I reached 45, I thought: ‘This is it.’ Only medical science, which was not available to help my father, kept me alive.” Viewing a potential football career as a way of paying tribute to his father, the death inspired the strong-willed Cruyff, who also frequently visited the burial site at Oosterbegraafplaats. His mother began working at Ajax as a cleaner, deciding that she could no longer carry on at the grocer without her husband, and in the future, this made Cruyff near-obsessed with financial security but also gave him an appreciation for player aids. His mother soon met her second husband, Henk Angel, a field hand at Ajax who proved a key influence in Cruyff’s life.

He made his first team debut on 15 November 1964 in the Eredivisie, against GVAV, scoring the only goal for Ajax in a 3–1 defeat. That year, Ajax finished in their lowest position since the establishment of professional football, in 13th. Cruyff really started to make an impression in the 1965–66 season and established himself as a regular first team player after scoring two goals against Door Wilskracht Sterk in the Olympic stadium on 24 October 1965 in a 2–0 victory. In the seven games that winter, he scored eight times and in March 1966 scored the first three goals in a league game against Telstar in a 6–2 win. Four days later, in a cup game against Veendam in a 7–0 win, he scored four goals. In total that season, Cruyff scored 25 goals in 23 games, and Ajax won the league championship.

In the 1966–67 season, Ajax again won the league championship, and also won the KNVB Cup, for Cruyff’s first “double”.

The multitalented Cryuff proved perfect for this method; nominally a center-forward, he had the speed and intelligence to thrive wherever positioned. Between 1966 and 1973, Ajax won six Dutch championships, three European Cups and two UEFA Super Cups. In 1971, Cryuff became the first Dutch player to win the Ballon d’Or Award as European Footballer of the Year.

During his time at Barcelona, Cruyff scored one of his most famous goals, “The ‘Phantom’ Goal”. In a game against Atlético Madrid, Cruyff leapt into the air, twisted his body so he was facing away from the goal, and kicked the ball past Miguel Reina in the Atlético goal with his right heel (the ball was at about neck height and had already travelled wide of the far post). The goal was featured in the documentary En un momento dado, in which fans of Cruyff attempted to recreate that moment. The goal has been dubbed Le but impossible de Cruyff (Cruyff’s impossible goal).

In 1974, Cruyff made his only World Cup appearance for the Netherlands. Although they lost in the final to West Germany, the host country, the Dutch playmaker was named the top player of the tournament. Altogether, he scored 33 goals in 48 international appearances.

Cruyff announced his retirement after the 1978 season, but he resumed his career in the United States, playing for the Los Angeles Aztecs in 1979-’80 and the Washington Diplomats the following year. After an injury-plagued season with the Spanish club Levante UD, he finished his career in the Netherlands with two more successful seasons with Ajax and one with Feyenoord.

In January 1981, Cruyff played three friendly matches for FC Dordrecht. Also in January 1981, manager Jock Wallace of English club Leicester City made an attempt to sign Cruyff, and despite negotiations lasting three weeks, in which Cruyff expressed his desire to play for the club, a deal could not be reached. Cruyff instead chose to sign with Spanish Segunda División side Levante.

In March 1981, Cruyff took the field for the first time for Levante. Injuries and disagreements with the administration of the club, however, blighted his spell in the Segunda División, and he only made ten appearances, scoring two goals. Having failed to secure promotion to the first division, a contract with Levante fell through.

After retiring from playing despite lacking formal coaching qualifications, Cryuff took over as manager of Ajax in 1985 and led the team to two Dutch Cups and a UEFA Cup Winner’s Cup in three years.

His return to Barcelona in 1988 resulted in one of the most successful stretches in club history. From 1989 through 1994, the Cruyff-led “Dream Team” won four league titles, three Super Cups, a European Cup and a Copa Del Ray title. However, the pressure to win in Barcelona was intense; Cruyff underwent double heart bypass surgery in 1991, and he was fired at the end of the 1996 season after failing to win any significant titles over a two-year stretch.

As well as representing Catalonia on the pitch in 1976, Cruyff also managed the Catalonia national team from 2009 to 2013, leading the team to a victory over Argentina in his debut match.

Born in the heavily damaged post–World War II Netherlands, Cruyff came from a humble background and lost his beloved father as a child. This had a great influence on his future career and character. He was renowned for his strong personality. His character, both in and beyond the footballing world, was much described as the complicated combination of an idealist, individualist, libertarian, collectivist, romantic, purist, pragmatist, rebel, and even despot. Dutch sportswriter Johan Derksen, a close friend of Cruyff, once said of him, “Johan (Cruijff) is absolutely religious, though he never goes to church.

Cruyff’s strong personality played a historical role in the eternal struggle between Puma and Adidas, the two rival brands par excellence, born from the political divisions between the two Dassler brothers. Cruyff was a big fan of Puma’s King boots and by 1974 had signed a sponsorship deal with German sportswear and equipment supplier. At the 1974 World Cup, Johan Cruyff was under contract with Puma in a deal that prohibited him from promoting other sports brands. As the tournament approached, Cruyff flatly refused to wear Adidas’s trademark three black stripes on his No. 14 jersey. The Netherlands national football association had little choice but to honor the wishes of their best player, and Dutch officials eventually persuaded Adidas to design a separate jersey just for Cruyff, with just two stripes running along the sleeves.

Cruyff’s relationships with Ajax, Barça, and KNVB (Royal Dutch Football Association) were turbulent for some time, especially in his later years. Also, in his native Netherlands, there has been always a love-hate relationship between Cruyff and his fellow countrymen. There was a long-standing feud between Cruyff and Louis van Gaal, though never confirmed publicly by both sides. He also often criticised José Mourinho for his defensive-based coaching philosophy, stated, “José Mourinho is a negative coach. He only cares about the result and doesn’t care much for good football.” As David Winner notes, “Cruyff has had many enemies and critics over the years.” He has been accused of being arrogant, greedy, intolerant, despotic, “too idealistic, too stubborn, insufficiently interested in defending and simply too difficult a personality. He loves an argument, and his conflict-model method of working can be bruising.” And Winner concludes that, “With his belief in the “conflict model” – the idea that you got the best out of people by provoking fights and thereby raising levels of excitement and adrenaline – Cruyff made enemies almost as easily as he generated delight. Battles with club presidents and team-mates led to ruptures, especially at Ajax and Barcelona, the two clubs that defined his career.

In an interview with The Guardian’s Donald McRae in 2014, Cruyff said about football’s lost values and how money had eroded the game’s purity, “Football is now all about money. There are problems with the values within the game. This is sad because football is the most beautiful game. We can play it in the street. We can play it everywhere. Everyone can play it whether you’re tall or small, fat or thin. But those values are being lost. We have to bring them back.

Cruyff named his third child after the patron saint of Catalonia, St Jordi, commonly known in English as Saint George of Lydda. This was seen as a provocative gesture towards the then Spanish dictator General Franco, who had made all symbols of Catalan nationalism illegal. Cruyff had to fly his son back to the Netherlands to register his birth as the name “Jordi” had been banned by the Spanish authorities. Cruyff’s decision to go to such great lengths to support Catalan nationalism is part of the reason he is a hero to Barcelona supporters and Catalan nationalists.

Cruyff is the author/co-author of several books (in Dutch and Spanish) about his football career, in particular his principles and view about the football world. He also wrote his weekly columns for El Periódico (Barcelona-based newspaper) and De Telegraaf (Amsterdam-based newspaper).

Cruyff was a multilingual, as British football writer Brian Glanville described, “his intelligence off the field as well as on it was quite remarkable. How well I remember seeing Cruyff surrounded by journalists from all over the world in 1978 to whose questions he replied almost casually in a multiplicity of languages. Not only Dutch, but English, French, Spanish and German.”

Although he gave up smoking after his heart surgery in 1991, Cruyff was diagnosed with lung cancer in October 2015. On March 24, 2016, he died peacefully in Barcelona from the disease.

Tributes poured in as the news became public. Said former German star and current U.S. men’s team coach Jurgen Klinsmann: “Very sad news about the death of legend Johan Cruyff. What an amazing player, coach, teacher and person he was.”

Cruyff’s death shocked the football world. Within a week after his death, there were numerous individuals (including players and managers) and organizations (including clubs) paying tribute to him, especially via social media. Thousands of Barcelona fans passed through the memorial to Cruyff, opened inside the Camp Nou stadium, to pay tribute. Cruyff’s greatness was even respected by his rivals. Former Barcelona president Sandro Rosell, who did not have a good relationship with Cruyff, was among the early visitors to the memorial. Real Madrid president Florentino Pérez led a Real Madrid delegation to the memorial, including former players Emilio Butragueno and Amancio Amaro. Former Real Madrid president Ramón Calderón said of Cruyff: “He can be seen as a revolutionary, a dreamer, a visionary, and an innovator who changed the idea of a game in which strength was the primary consideration to another one based, and focused, on ability and technique, giving birth to what has been called “tiki-taka.” He used to say that football should be played with the brain… I met him a few times after he left football, always playing golf, a sport he loved. He would always talk about football in the same way he did when he was playing and coaching—with plenty of passion and excitement. A legend has gone but he has left an important legacy.” 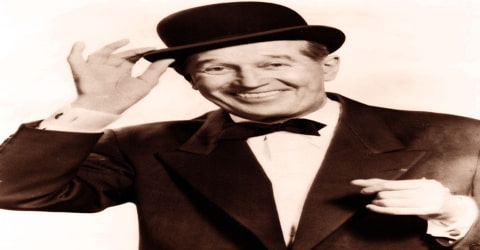