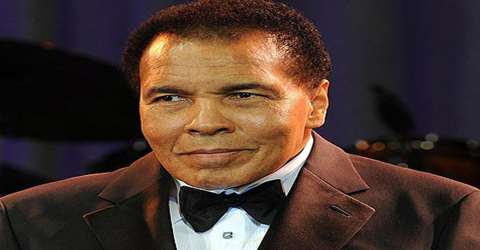 Cause of death: Septic shock 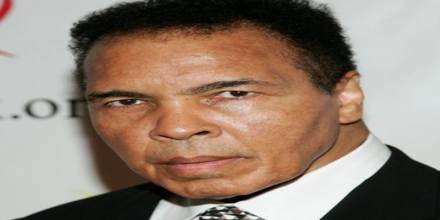 Muhammad Ali, original name Cassius Marcellus Clay, Jr. was born on January 17, 1942, in Louisville, Kentucky, U.S. He is an American professional boxer and social activist. Ali was the first fighter to win the world heavyweight championship on three separate occasions; he successfully defended this title 19 times.

At 6 feet 3 inches, he was an imposing figure in the ring, known for his swift footwork, and powerful jab. What distinguish him from his contemporaries are the values that he has been upholding all through his life. An arch believer of religious freedom and racial justice, Ali had converted to Islam and with that even changed his name from the former identity, Cassius Marcellus Clay. One of the most recognized sports figures of the past 100 years, he created ripples in the arena of professional boxing at the tender age of 22, by knocking out the then heavyweight champion Sonny Liston. From then, there was no looking back for this powerful fighter who knocked off each of his opponents to bag the titles. Throughout his career, Ali recorded 56 wins of which 37 came in knockout and 5 losses. The most historic matches were against Liston, Joe Frazier and George Foreman. He became the first and only three-time lineal World Heavyweight Champion. Interestingly, apart from being powerful and dominating, Ali was extremely vocal as well and started the ritual of throwing remarks at his opponent much before the brawl. 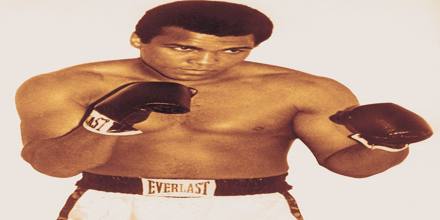 As a Muslim, Ali was initially affiliated with Elijah Muhammad’s Nation of Islam (NOI) and advocated their black separatist ideology. He later disavowed the NOI, adhering initially to Sunni Islam and later to Sufism, and supporting racial integration, like his former mentor Malcolm X. After retiring from boxing in 1981, Ali devoted his life to religious and charitable work. In 1984, Ali was diagnosed with Parkinson’s syndrome, which his doctors attributed to boxing-related brain injuries. As the condition worsened, Ali made limited public appearances and was cared for by his family until his death on June 3, 2016 in Scottsdale, Arizona.

Nicknamed ‘the Greatest’, he was one of the most notable professional boxing heavyweight champions and the first and only three-time lineal World Heavyweight Champion. He converted to Islam. 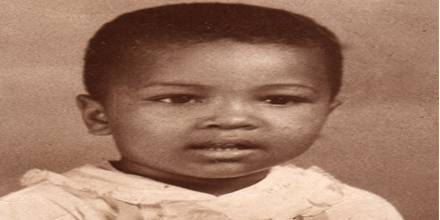 Muhammad Ali was born on January 17, 1942, in Louisville, Kentucky, to Cassius Marcellus Clay, Sr and Odessa O’Grady. He had a sister and four brothers. Clay’s father’s paternal grandparents were John Clay and Sallie Anne Clay; Clay’s sister Eva claimed that Sallie was a native of Madagascar. He was a descendant of slaves of the antebellum South, and was predominantly of African descent, with smaller amounts of Irish and English heritage. His father painted billboards and signs, and his mother, Odessa O’Grady Clay, was a domestic helper. Although Cassius Sr. was a Methodist, he allowed Odessa to bring up both Cassius Jr. and his younger brother Rudolph “Rudy” Clay (later renamed Rahman Ali) as Baptists. Cassius Jr. attended Central High School in Louisville. 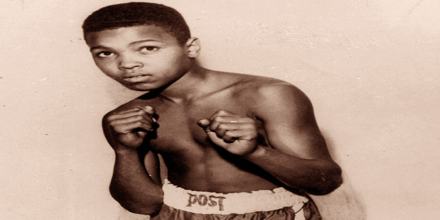 At the age of 12, Ali discovered his talent for boxing through an odd twist of fate. His bike was stolen, and Ali told a police officer, Joe Martin, that he wanted to beat up the thief. “Well, you better learn how to fight before you start challenging people,” Martin reportedly told him at the time. In addition to being a police officer, Martin also trained young boxers at a local gym.

Ali married four times in his lifetime. His partners were Sonji Roi, Belinda Boyd, Veronica Porsche and Yolanda. Overall, he had seven daughters and two sons from his alliances. 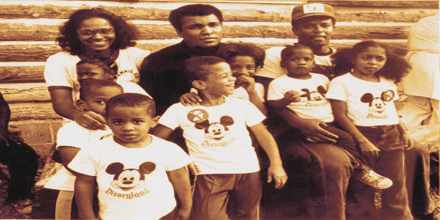 He was diagnosed with Parkinson’s disease in 1984. The disease was mainly a result of the head injuries he received during boxing.

Ali started working with Martin to learn how to spar, and soon began his boxing career. In his first amateur bout in 1954, he won the fight by split decision. Ali went on to win the 1956 Golden Gloves tournament for novices in the light heavyweight class. Three years later, he won the National Golden Gloves Tournament of Champions, as well as the Amateur Athletic Union’s national title for the light heavyweight division. 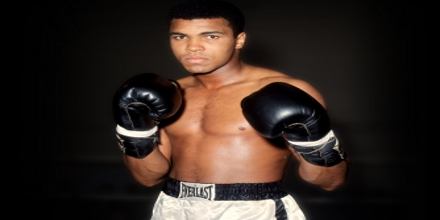 In 1959, he won the National Golden Gloves Tournament of Champions, as well as the Amateur Athletic Union’s national title for the light-heavyweight division.

In 1960, Ali won a spot on the U.S. Olympic boxing team, and traveled to Rome, Italy, to compete. At 6′ 3″, Ali was an imposing figure in the ring, but he also became known for his lightning speed and fancy footwork. After winning his first three bouts, Ali defeated Zbigniew Pietrzkowski from Poland to win the light heavyweight gold medal.

After his Olympic victory, Ali was heralded as an American hero. He soon turned professional with the backing of the Louisville Sponsoring Group, and continued overwhelming all opponents in the ring. Ali took out British heavyweight champion Henry Cooper in 1963, and then knocked out Sonny Liston in 1964 to become the heavyweight champion of the world. 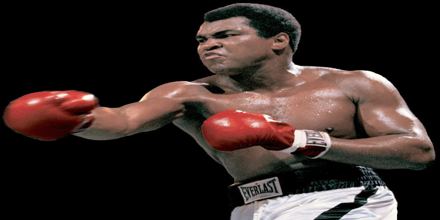 Often referring to himself as “the greatest,” Ali was not afraid to sing his own praises. He was known for boasting about his skills before a fight and for his colorful descriptions and phrases. In one of his more famously quoted descriptions, Ali told reporters that he could “float like a butterfly, sting like a bee” in the boxing ring.

While Liston was the reigning champion, Clay seemed to be the underdog at the event, more so because his last fights against Jones and Cooper displayed lack of skills.

Even before the fight began, the two turned the pre-fight weigh-in into a circus, demeaning and defaming each other, an incident which was the first-of-its-kind in the history of boxing. Enraged by the disparaging comments, Liston looked over for a quick knockout but lost the match in the sixth round

Defeating Liston, he became the then youngest boxer to assume the title from a reigning heavyweight champion. Meanwhile, in 1964, he changed his name from Cassius Marcellus Clay to Muhammad Ali, converting to Islam.

While Liston was the reigning champion, Clay seemed to be the underdog at the event, more so because his last fights against Jones and Cooper displayed lack of skills. 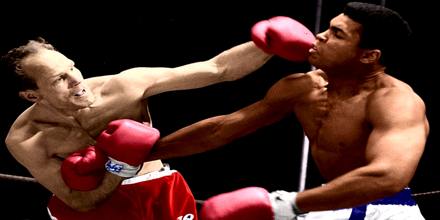 Even before the fight began, the two turned the pre-fight weigh-in into a circus, demeaning and defaming each other, an incident which was the first-of-its-kind in the history of boxing. Enraged by the disparaging comments, Liston looked over for a quick knockout but lost the match in the sixth round

Defeating Liston, he became the then youngest boxer to assume the title from a reigning heavyweight champion. Meanwhile, in 1964, he changed his name from Cassius Marcellus Clay to Muhammad Ali, converting to Islam.

After Ali’s title defense against Zora Folley on March 22, he was stripped of his title due to his refusal to be drafted to army service. His boxing license was also suspended by the state of New York. He was convicted of draft evasion on June 20 and sentenced to five years in prison and a $10,000 fine. He paid a bond and remained free while the verdict was being appealed.

He was chosen as the top contender against heavyweight champion Joe Frazier. Nicknamed the Fight of the Century, it created a stir as two undefeated opponents were against each other. The fight took place on March 8, 1971. Frazier and Ali went toe-to-toe for 14 rounds before Frazier dropped Ali with a vicious left hook in the 15th. Ali recovered quickly, but the judges awarded the decision to Frazier, handing Ali his first professional loss after 31 wins. Ali soon suffered a second loss, to Ken Norton, but he beat Frazier in a 1974 rematch. 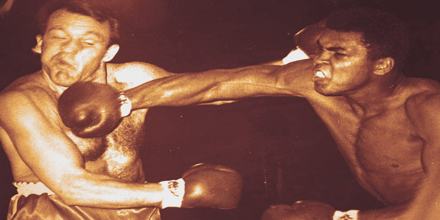 Another legendary Ali fight, against undefeated heavyweight champion George Foreman, took place in 1974. Billed as the “Rumble in the Jungle,” the bout was organized by promoter Don King and held in Kinshasa, Zaire. For once, Ali was seen as the underdog to the younger, massive Foreman, but he silenced his critics with a masterful performance. He baited Foreman into throwing wild punches with his “rope-a-dope” technique, before stunning his opponent with an eighth-round knockout to reclaim the heavyweight title.

Ali and Frazier locked horns for their grudge match in Quezon City, Philippines, in 1975. Dubbed the “Thrilla in Manila,” the bout nearly went the distance, with both men delivering and absorbing tremendous punishment. However, Frazier’s trainer threw in the towel after the 14th round, giving the hard-fought victory to Ali.

After losing his title to Leon Spinks in February 1978, Ali defeated him in a September rematch, becoming the first boxer to win the heavyweight championship three times. Following a brief retirement, he returned to the ring to face Larry Holmes in 1980, but was overmatched against the younger champion. Following one final loss in 1981, to Trevor Berbick, the boxing great retired from the sport. 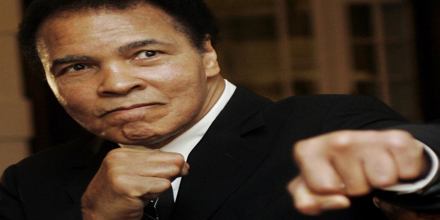 Ali had a highly unorthodox boxing style for a heavyweight, epitomized by his catchphrase “float like a butterfly, sting like a bee”. Never an overpowering puncher, Ali relied early in his career on his superior hand speed, superb reflexes and constant movement, dancing and circling opponents for most of the fight, holding his hands low and lashing out with a quick, cutting left jab that he threw from unpredictable angles. His footwork was so strong that it was extremely difficult for opponents to cut down the ring and corner Ali against the ropes. He was also able to quickly dodge punches with his head movement and footwork.

Things began taking a turn for the worse within a few years. In early 2015, Ali was hospitalized for a severe urinary tract infection after having battled pneumonia. He was hospitalized again in early June 2016 for what was reportedly a respiratory issue. The revered athlete passed away on the evening of June 3, 2016, at a Phoenix, Arizona facility. 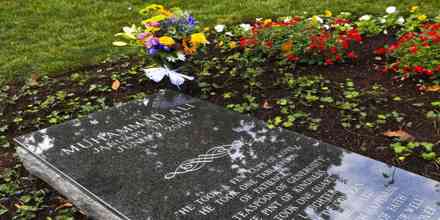 Years before his passing, Ali had planned his own memorial services, saying he wanted to be “inclusive of everyone, where we give as many people an opportunity that want to pay their respects to me,” according to a family spokesman. The three-day event, which took place in Ali’s hometown of Louisville, Kentucky, included an “I Am Ali” festival of public arts, entertainment and educational offerings sponsored by the city, an Islamic prayer program and a memorial service.

Prior to the memorial service, a funeral procession traveled 20 miles through Louisville, past Ali’s childhood home, his high school, the first boxing gym where he trained and along Muhammad Ali Boulevard as tens of thousands of fans tossed flowers on his hearse and cheered his name. The champ’s memorial service was held at the KFC Yum Center arena with close to 20,000 people in attendance. Speakers included religious leaders from various faiths, Attallah Shabazz, Malcom X’s eldest daughter, broadcaster Bryant Gumbel, former President Bill Clinton, comedian Billy Crystal, Ali’s daughters Maryum and Rasheda and his widow Lonnie. 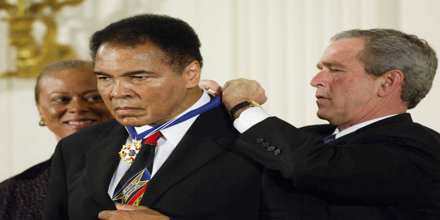 (President Bush presents Presidential Medal of Freedom to Ali in 2005)

Muhammad Ali has won many awards and had many achievements.

In 1985 he was recognized for long, meritorious service by World Boxing Association. Muhammad Ali was elected into the Boxing Hall of Fame in 1987.  In 1990 he was inducted into the International Boxing Hall of Fame.  He was chosen to light the Olympic torch in 1996.  Lastly in 1997 he Arthur Ashe Award for Courage by ESPN and got the Essence Living Legend Award.  These are all the awards and achievements that Muhammad Ali had throughout his boxing career. 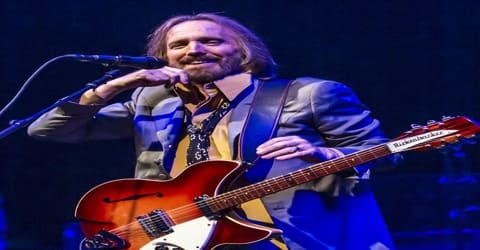 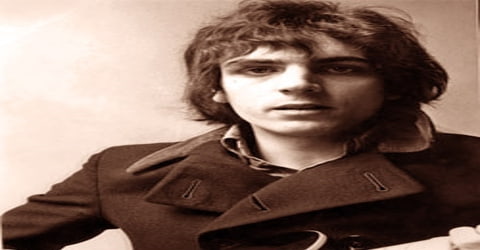