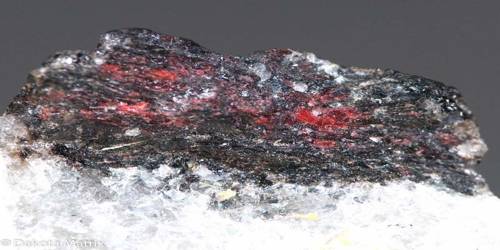 Anandite is a rare phyllosilicate with formula (Ba, K)(Fe2+, Mg)3(Si, Al, Fe)4O10(S, OH)2. It crystallizes in the monoclinic crystal system. It is black in color with a glassy luster and a near perfect cleavage. It is a rare mineral with important sources only in Sri Lanka and the United States (California, New Jersey). 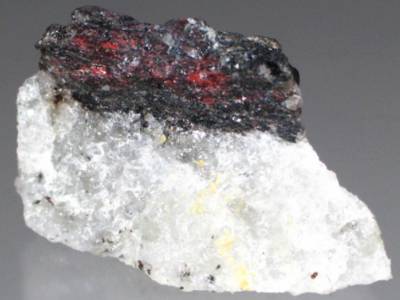 Anandite is a member of the mica group of minerals. Other minerals that anandite is associated with include magnetite, chalcopyrite, pyrite, pyrrhotite, and baryte. It has a Mohs hardness of 3.0-4.0, perfect cleavage in one direction, a specific gravity of 3.94, and a vitreous luster. Sub-translucent to opaque, it is generally black in color with subtle hints of green and brown.

Anandite occurs primarily in banded formations of magnetite iron ores in association with such minerals as pyrite, magnetite, and barite. It is collected for its rarity and unusual chemistry as a sulfur- and barium-bearing, mica-group mineral. 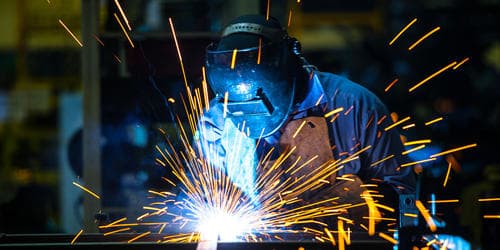