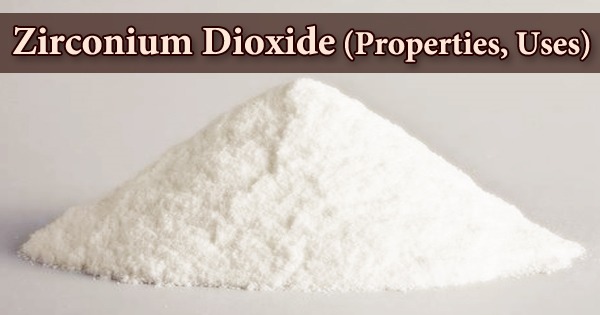 Zirconium dioxide (ZrO2) is a white, amorphous powder that is insoluble in water but slightly soluble in acid. Baddeleyite is the mineral’s most common form, which has a monoclinic crystalline structure. Together with metallic titanium, zirconia is regarded as one of the best-known biocompatible ceramic materials today. In today’s dentistry, zirconium dioxide, or zirconia, ZrO2, is the buzzword. It’s a crystalline metal oxide that’s become popular in the ceramics sector.

High thermal resistivity, mechanical resistance, and abrasive qualities distinguish zirconium dioxide. Cubic zirconia is a dopant stabilized cubic structured zirconia created in a variety of colors for usage as a gemstone and a diamond simulant. Conversion to Zr(SO4)2, followed by hydrolysis, produces crystalline zirconium dioxide (zirconium oxide), ZrO2, also known as zirconia, which is used as a white pigment. Zirconia is made by calcining zirconium compounds and taking advantage of their great heat stability.

Since its introduction into the medical field in 1969, zirconia has exhibited great biocompatibility, as well as good tribological, aesthetic, and mechanical qualities. It is widely utilized in dental operations, such as zirconia crowns and implant abutments made of zirconia. ZrO2 is a refractory material (crucibles, furnace linings) that is insoluble in water, only marginally soluble in HCl and HNO3, and slowly soluble in HF when heated with 66 percent H2SO4.

Monoclinic below 1170 °C, tetragonal between 1170 °C and 2370 °C, and cubic beyond 2370 °C are the three known phases. As is typical, the trend is for higher symmetry at higher temperatures. Furthermore, restorative dentistry is concerned with the stimulation of adhesion and the long-term bonding of restorations. Bridges, crowns, dental implant abutments, and whole dental implant systems are just a few of the applications for zirconia in dentistry. Concentrated hydrofluoric acid and sulfuric acid damage it slowly. It becomes zirconium carbide when heated with carbon.

It becomes zirconium tetrachloride when heated with carbon in the presence of chlorine. This conversion, which is similar to the Kroll process, is the foundation for zirconium metal purification. Due to its superior mechanical qualities, such as greater flexure strength (1200 MPa vs. 1000 MPa for steel), high fracture toughness, high hardness, great fatigue and damage resistance, zirconia has gained popularity. Cubic zirconia, a colorless, mechanically robust cubic crystalline compound, is one of its most popular forms.

It is used as a low-cost alternative to diamonds in the jewellery industry due to its optically perfect characteristic. The material is chemically robust and does not readily react with strong acids, alkalis, or other caustic substances. ZrO2 is a white, opaque substance that does not dissolve or react with water or other solvents in terms of physical qualities. It is an excellent thermal and chemical insulator and is used in fuel cells. At ambient temperature, ZrO2 has a monoclinic crystal structure, which changes to tetragonal and cubic at higher temperatures. When a structure changes from tetragonal to monoclinic to cubic, enormous tensions are created, causing it to break when cooled from high temperatures.

Zr attracts electron-rich Lewis bases like phosphate anions due to its unfilled orbitals. As a result, zirconia’s surface possesses strong cation-exchange characteristics, resulting in a mixed-mode retention mechanism. Baddeleyite, a rare mineral with a monoclinic prismatic crystal structure (i.e., a mineral with uneven vectors), is a translucent (occasionally transparent) form of zirconia. The tetragonal and/or cubic phases of zirconia are stabilized when it is mixed with other oxides. Effective dopants include magnesium oxide (MgO), yttrium oxide (Y2O3, yttria), calcium oxide (CaO), and cerium(III) oxide (Ce2O3).

This zirconium oxide, often known as “ceramic steel,” is chemically inert and is regarded as one of the most favorable restorative materials due to its excellent mechanical qualities. In its ‘stabilized’ phase, zirconia is often more helpful. Zirconia exhibits disruptive phase transitions when heated. At room temperature, it’s insoluble in water, most acids, and alkalies; it’s soluble in nitric acid and hot concentrated hydrochloric, hydrofluoric, and sulfuric acids. These phase transitions are minimized by adding small amounts of yttria, and the resulting material has improved thermal, mechanical, and electrical properties.

Zirconia may undergo significant volume changes during phase transformation at high temperatures. The band gap of ZrO2 varies depending on phase (cubic, tetragonal, monoclinic, or amorphous) and synthesis process, with typical values ranging from 5 to 7 eV. Grinding wheels and special sandpaper are made with zirconium dioxide (ZrO2) as an abrasive. It’s also used to line furnaces and high-temperature molds, as well as in ceramic glazes and enamels.

It can withstand high temperatures without corroding, making it excellent for crucibles and other laboratory ware. When making vacuum tubes, ZrO2 is used as a “getter” to remove the final trace of air. Tetragonal zirconia polycrystal, or TZP, is a kind of zirconia consisting entirely of the metastable tetragonal phase and is a particular instance of zirconia. It is mechanically stable and gives great chromatographic efficiency, just as silica. Because of its excellent mechanical qualities, it is utilized as a substitute for alumina in biomedical applications such as dental implants, and its mechanical strength is comparable to that of teeth.

The most prevalent zirconium chemical found in nature is zirconium oxide (ZrO2). It has a variety of applications, including heat-resistant fabrics, high-temperature electrodes and instruments, and the treatment of skin ailments. Zirconia is primarily used in the manufacture of hard ceramics, such as those used in dentistry, but it is also used as a protective coating over titanium dioxide pigment particles, as a refractory material, in insulation, abrasives, and enamels. The oxide is used to produce oxyhydrogen and incandescent lights. Piezoelectric crystals, heat-resistant fibers, and high-frequency induction coils are among the other applications. 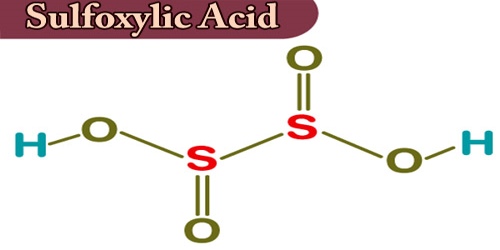 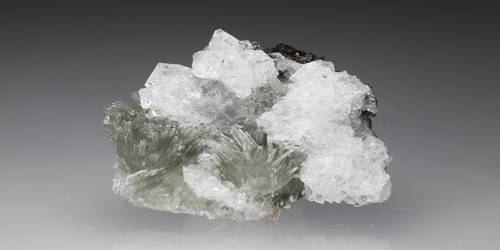