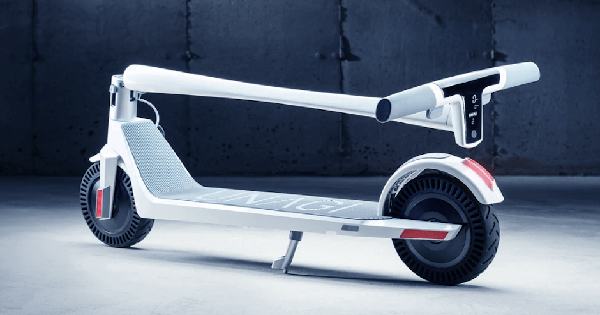 Unagi Scooters has unveiled the Model Eleven, which it says is the first smart scooter on the market. It has a number of exciting features, including audible directions, remote kill, and an ADAS sensor.

The built-in Bluetooth speaker allows you to listen to your own music or podcasts while also providing turn-by-turn directions to assist you to reach where you’re going. Unagi collaborated with Google to add navigation to its iOS and Android apps. You’ll hear direction instructions through the audio system and see directional signals on the display once you’ve selected your location and placed your phone aside.

A motion sensor alarm and GPS tracking are included in the security package to dissuade potential burglars. You’ll be able to remotely kill a stolen scooter through the app.

The ADAS sensor in the higher-end Model Eleven is perhaps the most eye-catching feature. According to Unagi, the scooter can distinguish between humans, stop signs, stoplights, cars, and other items. Both the audio system and the touchscreen display can alert you to a potential collision.

Unagi recruited the expertise of industrial designer Yves Béhar to build the Model Eleven, which the company claims is the lightest full-suspension scooter on the market, thanks in part to the use of long carbon fiber. Unagi’s existing two-motor technology, a swappable battery system, and what the company claims are puncture-proof tires that can be readily changed as needed are all included in the foldable scooter.

The Model Eleven starts at $2,440. You’ll have to pay $2,860 for the ASAS model. Unagi is taking pre-orders through an Indiegogo campaign for the Model Eleven, but with Best Buy now selling the company’s scooters, it wouldn’t be strange to see the Model Eleven on store shelves in the near future.

Unagi has just launched a game-changing electric scooter that rewrites the rules for how full-suspension electric scooters should appear and operate. The Unagi Model Eleven electric scooters are expected to shock the market as it welcomes in never-before-seen technology into the scooter space, with a gorgeous design and plenty of automotive-level technology.