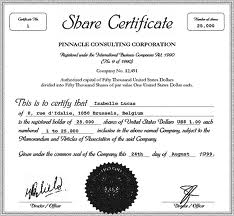 A unit of ownership interest in a corporation or financial asset. While owning shares in a business does not mean that the shareholder has direct control over the business’s day-to-day operations, being a shareholder does entitle the possessor to an equal distribution in any profits, if any are declared in the form of dividends.

The two main types of shares are common shares and preferred shares.

Before beginning any business, an entrepreneur will need to raise resources, or capital, as investment, and the amount of capital will depend on the size of the project or business, and since it may become cumbersome to provide the money by himself or herself, or procure it even from friends and relatives, it has been recognized that money needs to be raised from the public, and SEBI has fixed guidelines to this end, which, if abided by, allows money to be raised from the public legally, and this environment from which financial requirements are raised, is known as the capital market. The capital market is divided into two types- the primary market, where shares, bonds or debentures are offered to the public for the purpose of raising the required capital, and this is what the paper will work around while discussing share capital and its denominations, while the secondary market refers to the trading avenue where pre-existing securities are traded among investors.

In this paper, the researcher intends to deal with the concept of Share Capital and its denominations, or, types of Share Capital. She intends to begin with an understanding of ‘shares’ and ‘capital’, and then move on to the different denominations of share capital. The paper will then proceed to discuss the different types of shares, as they existed before enactment of the Companies Act, 1956 (hereinafter the Act unless otherwise specified) and as they exist now after the enactment of the Companies Act, 1956. Previously, shares were of three kinds- Ordinary shares, Preference shares and Deferred shares, but now there only two kinds of shares can be issued by the company, namely, Equity share capital and Preference share capital.  She will then briefly deal with debentures, and finally, the various instruments of shares and investment. All of this will be extensively covered in the following portions.

Costs for Analytical and Decision-Making Purposes

Method of Accounting for Amalgamation