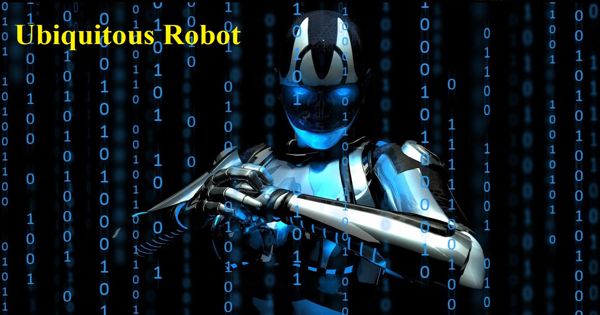 The ubiquitous robot is a term used in an analogous way to ubiquitous computing. The system has been developed on the basis of the definition of the ubiquitous robot as that of encompassing the software robot Sobot, embedded robot Embot, and the mobile robot Mobot. Software is useful for “integrating robotic technologies with technologies from the fields of ubiquitous and pervasive computing, sensor networks, and ambient intelligence”. Ubiquitous robots (ubirobots) overcome the limitations of stand-alone robots by integrating them with web services and ambient intelligence technologies. The emergence of mobile phones, wearable computers, and ubiquitous computing makes it likely that human beings will live in a ubiquitous world in which all devices are fully networked.

Ambient intelligence, ubiquitous and networked robots, and cloud robotics are new research hot topics that have started to gain popularity among the robotics community. The existence of ubiquitous space resulting from developments in computer and network technology will provide motivations to offer desired services by any IT device at any place and time through user interactions and seamless applications. It targets to create a hybrid physical-digital space rich with a myriad of proactive intelligent services that enhance the quality and the way of our living and working. This shift has hastened the ubiquitous revolution, which has further manifested itself in the new multidisciplinary research area, ubiquitous robotics. 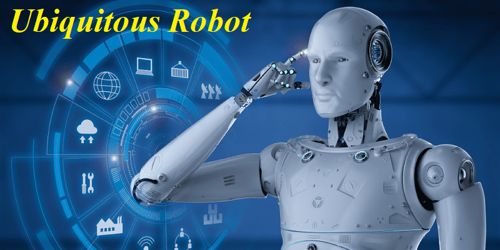 It initiates the third generation of robotics following the first generation of the industrial robot and the second generation of the personal robot. The Ubibot system itself is introduced along with its component subsystems of Embots, the position Embot, vision Embot, and sound Embot, the Mobots of Mybot and HSR, the Sobot, Rity, a virtual pet modeled as an artificial creature, and finally the middleware which seamlessly enables interconnection between other components.

Ubiquitous robot (Ubibot) is a robot incorporating three components including virtual software robot or avatar, real-world mobile robot, and embedded sensor system in surroundings. This feature of doing various tasks utilizing a collaboration of distributed devices shares common ideas with the ubiquitous robotic technology, which is mainly applied in the service robots domain. Software robots within a virtual world can control a real-world robot as a brain and interact with human beings. Compared to the ubiquitous robotic systems, task planning in an industrial domain is even more challenging due to its larger planning space. Researchers of KAIST, Korea describe these three components as a Sobot (Software robot), Mobot (Mobile robot), and Embot (Embedded robot).