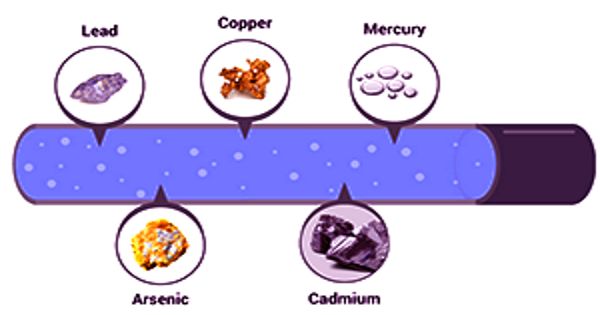 Toxic metals, including “heavy metals,” are individual metals and metal compounds that negatively affect people’s health. Heavy metals are naturally occurring elements that have a high atomic weight and a density at least 5 times greater than that of water. A toxic heavy metal is any relatively dense metal or metalloid that is noted for its potential toxicity, especially in environmental contexts. Several heavy metals are found naturally in the earth’s crust and are exploited for various industrial and economic purposes.

The term has particular application to cadmium, mercury, and lead, all of which appear in the World Health Organization’s list of 10 chemicals of major public concern. Other examples include manganese, chromium, cobalt, nickel, copper, zinc, silver, antimony, and thallium. Their multiple industrial, domestic, agricultural, medical, and technological applications have led to their wide distribution in the environment; raising concerns over their potential effects on human health and the environment. Heavy metals, like arsenic, lead, mercury, and others, are all around us. They’re in the ground we walk on, in the water we drink, and in the products we use every day. But high levels of most heavy metals can cause health problems. 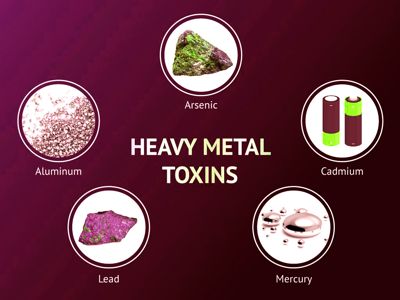 Heavy metals are found naturally on the earth. Heavy metals also occur naturally, due to volcanoes, thermal springs activity, erosion, infiltration, etc. They become concentrated as a result of human-caused activities and can enter plant, animal, and human tissues via inhalation, diet, and manual handling. This water contamination is a threat to living beings because most heavy metals are toxic to humans and to aquatic life. Then, they can bind to and interfere with the functioning of vital cellular components.

The toxic effects of arsenic, mercury, and lead were known to the ancients, but methodical studies of the toxicity of some heavy metals appear to date from only 1868. The toxic effects of these metals, even though they do not have any biological role, remain present in some of the other forms harmful for the human body and its proper functioning.

In humans, heavy metal poisoning is generally treated by the administration of chelating agents. Their toxicity depends on several factors including the dose, route of exposure, and chemical species, as well as the age, gender, genetics, and nutritional status of exposed individuals. Some elements otherwise regarded as toxic heavy metals are essential, in small quantities, for human health. Heavy metal poisoning can happen when you’re exposed to a lot of certain types of metals. It makes you sick and affects the way your body works.