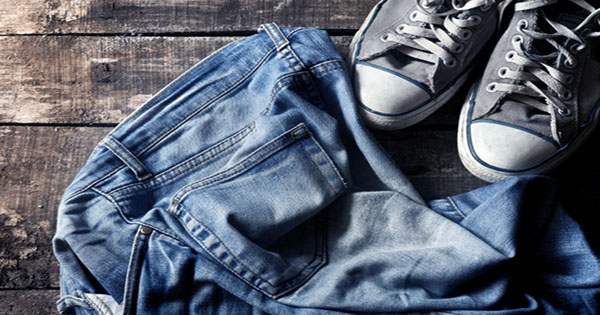 New Zealand farmers began to experience an uncommon problem in the 1930s: their pants kept exploding or somehow bursting into flames. Consider the following scenario. You are a laborer in the 1930s who has decided to escape the depression by moving to the middle of the New Zealand bush, where the only threat you expect to face is sheep. You are working away when you get a whiff of something that smells strangely like burnt butt hair.

When you look down, you notice that your pants are ablaze and perhaps bursting as you try to remove them off your body, despite the fact that there is no source of fire for miles around. Similar accounts came in from farmers all around the country, according to historian James Watson, who won the Ig Nobel Prize for his work. As he rode his horse, one farmer’s breeches caught fire, and another looked out on his washing line, expecting to see wet laundry, only to find it much more on fire than normal.

“With a loud report, a man’s pair of trousers exploded. Thankfully, the owner was not present at the time “On August 12, 1931, a North Island newspaper stated. “Despite being disoriented by the intensity of the explosion, was managed to seize the clothing that was hanging near the flames and fling it outside.” “There, with a series of tiny detonations, the trousers smouldered.” No farmer’s legs, crotch, or butt seemed to be immune from our old pal, the trouser. Some people have died because of trousers setting fire to their homes, killing the residents.

Therefore, why did our own trousers turn against us and what farmers could do to stop the pandemic – accept shepherding, the sheep while butt naked from the waist down like Winnie the Pooh. The solution was that they had messed up by trying to get rid of ragwort.

Ragwort carried over from Europe in the 1800s and spread like wildfire across the country in the decades leading up to the 1930s. The weed produced a slew of issues for livestock who ate it, causing liver damage and putting them at risk for everything from diarrhea and colic to sunburn, blindness, and death. The ragwort was treated with sodium chlorate, a chemical that, while efficient in removing ragwort, had some unfavorable side effects, such as “wait a minute, my butt isn’t usually this heated.”

The Department of Agriculture endorsed the chemical, and farmers who followed their counsel immediately adopted it as a solution. The difficulty was that the chemical is extremely volatile, necessitating the use of protective clothes, a message that did not get out as quickly as “this chemical will kill the ragwort.” When combined with organic molecules, sodium chlorate becomes extremely explosive. Examine what happens when you drop a giant gummy bear into a beaker filled with the chemical.

If your garments are composed of organic materials like wool or cotton, this is a concern for your nether regions. It is tough to get the chemical out of your jeans once it is in there. When it is dry, it can explode when exposed to heat or friction (such as when riding a horse or doing farm chores) – and when it does, it erupts in flames that are tough to extinguish.

The Department of Agriculture did not go so far as to advise people to walk around without pants, but it was not because they did not know any better.

“One would prefer to advise workers to wear such loose clothing in such a way that these could be peeled off with the least amount of delay in the event of an emergency,” one representative stated at the time. “In fact, once the fire is started, the chlorate-saturated component burns so quickly that there is no time to take protective precautions.” To put it another way, do not bother with loose clothing since your ass will be burning long before you can remove your trousers.