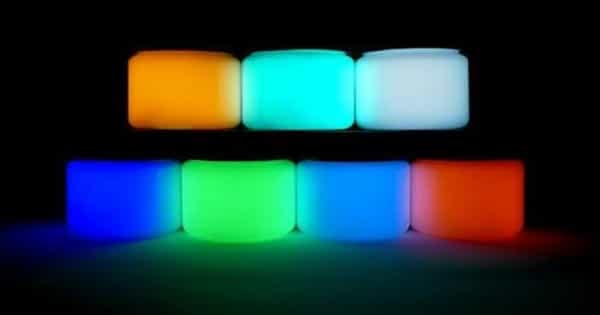 Strontium aluminate, also known as SrAl2O4, is an aluminate compound with the chemical formula SrAl2O4. It is an odorless, nonflammable pale yellow powder that is heavier than water. It is an odorless and non-flammable pale yellow monoclinic crystalline powder. When activated with a suitable dopant (for example, europium, denoted as Eu:SrAl2O4), it acts as a photoluminescent phosphor with long phosphorescence persistence. It is a far superior phosphor to its predecessor, copper-activated zinc sulfide; it is about 10 times brighter, lasts 10 times longer, and costs 10 times more than ZnS:Cu.

Strontium aluminate is a far superior phosphor to its predecessor, copper-activated zinc sulfide, for many phosphorescence-based applications, being about 10 times brighter and lasting 10 times longer. It is commonly used in glow-in-the-dark toys, where it replaces the less expensive but less efficient Cu:ZnS. The material, however, has a high hardness, which causes abrasion on the machinery used to process it; manufacturers frequently coat the particles with a suitable lubricant when adding them to plastic.

As the host matrix, various aluminates can be used. By covalent interaction with surrounding oxygens and crystal field splitting of the 5d orbital energy levels, influences the wavelength of emission of the europium ion.

Strontium aluminates have been investigated as potential materials for the immobilization of radioactive waste fission products, specifically strontium-90.

Although the main purpose of strontium aluminate’s glow is for entertainment, it is being used experimentally in pathogen diagnostic tests. The immunochromatographic lateral flow assay (used in home pregnancy tests) has been improved using nanoparticles of doped strontium aluminate, where the inbuilt lighting ability of the particles eliminates the need for the expensive optical hardware required for some types of analysis, making the technology more widely available. This process is still in its early stages, but it holds a lot of promise for the future.

It is commonly used in glow-in-the-dark toys, where it replaces the less expensive but less efficient ZnS:Cu. However, the material’s high hardness causes abrasion on the machinery that handles it; when strontium aluminate is added to plastics, the particles are usually coated with a suitable lubricant.