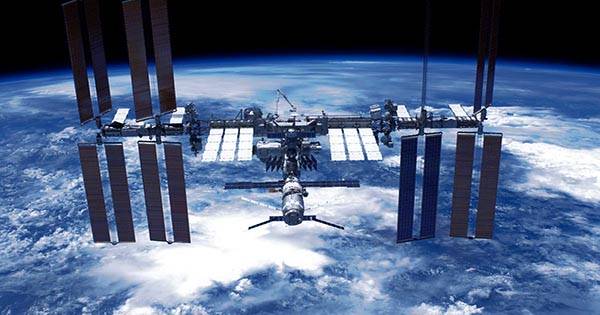 Russia Halts Cooperation with Western Countries on the ISS over Sanctions

Russia has stated that it will stop cooperating with the US and Western nations on the International Space Station in light of what it calls “illegal” sanctions placed on it as a result of the Ukraine invasion (ISS). Following its previous declaration of these sanctions as an act of “economic war,” the Russian government has stated that it will refuse to participate in joint activities with the European Space Agency and NASA, with Roscosmos head Dmitry Rogozin stating that the “full and unconditional removal of illegal sanctions” is the only way they can resume.

Rogozin had earlier submitted an appeal with NASA and other space organizations, requesting that sanctions be lifted immediately by March 31 or ISS collaboration be terminated. Rogozin declared the end of the international relationship in a protracted Twitter thread on April 2 after receiving comments refusing to do so. “However, our partners’ position is clear: the sanctions will not be repealed.” At the same time, fearful of jeopardizing collaboration on the ISS, where Russia’s involvement is critical to the station’s viability and safety, Western partners make it plain that sanctions in terms of work in the interests of the station would not work,” Rogozin wrote.

“I believe that the only way to restore regular ties between partners in the International Space Station and other collaborative projects is for unlawful sanctions to be lifted completely and unconditionally.” Following the imposition of sanctions following Russia’s invasion of Ukraine on February 24, Rogozin and Roscosmos have threatened a slew of highly controversial actions, including a strange and veiled video released by Rogozin showing Russia leaving the ISS and it disintegrating, leaving behind US astronaut Mark Vande Hei.

This sparked wild speculation that Russia was considering abandoning the astronaut, who was set to come home on a Russian Soyuz rocket, in retaliation to the sanctions, but they later clarified that this was not the case, and Vende Hei landed on March 30 after a world-record-breaking stay in space. With Russian rockets supplying critical impetus to maintain the ISS in orbit, the termination of collaboration with Russia might mark the end of the ISS, at least as we know it. Following the first round of sanctions, Rogozin tweeted that Russia’s departure would signal “death” for the International Space Station, wondering “who would stop the ISS from plummeting out of orbit” onto the United States or Europe.

Elon Musk then answered with the SpaceX logo and subsequently affirmed that the company would be happy to assist using its Dragon rockets if required. NASA has proposed extending the ISS until 2030, and the majority of other partners are expected to agree. The Intergovernmental Agreement governs the ISS, which was initially signed in 1988 by the United States, Russia, Europe, Canada, and Japan. Because NASA, ESA, Jaxa, and the Canadian Space Agency are unlikely to cancel this alliance due to the IGA, it will essentially come down to Russia. Rogozin, on the other hand, has already blustered and threatened to depart. It remains to be seen if it happens this time.