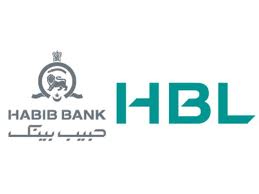 ¨       The Customer is asked to complete a form (No. Sf-18) which is treated as an application as well as credit voucher for H.O. Account (Br. Concern).

¨       Commission Charges are calculated and inserted in the form.

¨       The voucher than given to the customer to deposit the amount.

¨       The cashier receives the cash and delivered the voucher to the remittance department against initial in his book.

¨       Draft book and the voucher along with register are sent to officer in charge of the remittance department for parth-11 test, verification and signature.

¨       The draft and the voucher are sent to general section head for part-1 test and signature.

¨       Then a memorandum is issued to the customer if be desires so.

The followings should be checked before payment of D.D.:

¨       The payee must be properly identified in case of cash payment.

¨       Particulars of D.D payable & D.D. Paid without advice is entered in the respective register.

Charges taken for the draft:

Tk. 50.00 as postage charge is taken and 0.15% commission on the draft value. The amount is separately credited to the concern income account

To cancel an issued D.D. the client has to submit an application. Issuing branch then sends an I.B.D.A (inter branch debit advice to the drawn branch against previously issued I.B.C.A (inter branch credit advice).

To issue a ‘Pay-Order’ the party should maintain and A/C. with the bank. The bank also allows special customers without A/C for Pay-Order in special circumstances. The main feature of pay-Order is that in where (That is in which branch) the P.O. is issued the party should encash the money form the same branch.

The procedure for selling P.O. is as follows: –

Practice and operation of pay order:

Blank crossed : Any one can encash it by depositing in their account.

Settlement of a P.O.

When P.O. submitted by collecting bank through clearinghouse, the issuing bank gives payment.

Thus bank’s liability is settled by debiting bills payable. But before giving payment it should be examined whether endorsement was given by the collecting bank or not. If not hen the instrument is dishonored marking ‘Endorsement required’.

A customer of HBL who is the payee of a P.O. Will deposits it for collection. The instrument is given to the clearing that will place it to the issuing bank in the clearing house. Before placement, HBL as a collection bank gives necessary endorsement.

This is the most usable instrument in remittance section. In local office, T.T. Is generally done by telex, telephone is also used necessary.

To issue a T.T the party should maintain an A/C with that issuing Bank.

Telegraphic transfer is one of the fastest means of transferring money form one branch to another or from one place to another. The TT issuing bank instrument is given for T.T Both parties should have account, as money is transferred.

After receiving the fax message it is sent for test agree.

TT serial number is scrutinized in the “TT in -concern branch” register.

Clearing is one of the most important functions of general banking. Mainly clearing is an arrangement held in Bangladesh bank where daily representative of the member bank gather to clear their cheques and instruments. The bank receives many such instruments during the from the A/C holders. May of these instruments are draw payable at other banks.

When the bill is within the range of the clearinghouse it is sent for collection through clearing section. As far as safety is concerned customers get crossed cheque for the transaction crossed check can’t be encashed form the counter, rather it has to be collected through banking channel i.e., clearing. If a client of HBL received a check of another bank which is located within the clearing range and deposit the instrument in his account at HBL then HBL will collect the money through clearing house. After received the check HBL will credit client account. However, the amount is credited in the customer A/C but he will no get the money until the check is honored.

After that, a debit voucher is prepared.

Instruments of other branches:

However, the principal branch clears its checks as well as the checks of other branches because, no other branch is allowed to represent directly. The other branches send the instruments along with IBDA principal Branch acts as an agent in this case.

If the cheque is dishonored, HBL sends a memorandum (cheque return memo) to the customer stating the reason.

Outward clearing refers to the instruments drawn on other banks and deposited in HBL for collection. The following steps are taken for outward clearing…

¨       The duly signed instruments are received.

¨       The instruments are checked for any kind of discrepancy.

¨       “Received for Clearing” seal is stamped on the counterfoil of the deposit slip.

¨       Instrument is stapled with Deposit Slip.

¨       Special crossing in favor of “Habib Bank Ltd” is given on the instrument there of.

¨       The instruments are sorted bank wise as well as branch-wise.

¨       Entries are given in the Clearing House Register before dispatching to the clearinghouse.

¨       All the instruments are sent to the First Clearing House to deliver them to the respective banks.

Function in the Clearing House:

Inward clearing refers the instruments drawn on the Agrabad branch, which are received from other banks in the clearinghouse by the representative of other banks. The followings steps are taken for inward clearing………..

When the bills are supposed to be drawn on any bank, which is out of range of clearing house of Bangladesh bank this instrument are sent for collection not clearing. These bills are of two types. They are inward bill for collection and outward bills for collection. We can see a brief scenario about these two types of bill as below

When the OBC is received form the other bank’s branches, which are treated as outward bills for collection. This collection procedure occurs in two different situations.

Foreign trade can be easily defined as a business activity, which transcends national boundaries. These may be between parties or government ones. Trades among nations are a common occurrence and normally benefit both the exporter and importer. In many countries, international trade accounts for more than 20% of their national incomes.

This trade among various countries causes for close linkage between the parties dealing in trade. The bank which provides such transactions is referred to as rendering international banking operations. International trade demands a flow of goods from seller to buyer and of payment from buyer to seller. And this flow of goods and payment are done through letter of credit (L/C).

As more than one currency are involved in foreign trade, it gives rise to exchange of currencies which is known as foreign exchange. The term “Foreign Exchange” has three principal meanings Firstly it is a term used referring to the currencies of the other countries in terms of any single one currency. To a Bangladeshi, Dollar, Pound sterling etc. are foreign currencies and as such foreign exchange. Secondly, the term also commonly refer to some interments used in international trade, such as bill of exchange, Drafts, Travel cheque and other means of international remittance thirdly, the terms foreign exchange is also quite of ten referred to the balance in foreign currencies held by a country.

In terms of section 2(d) of the foreign exchange regulations 1947, as adopted in Bangladesh, Foreign Exchange means foreign currency and includes any instrument drawn, accepted made or issued under clause (13) of article 16 of the Bangladesh Bank order, 1972, all the deposits, credits and balances payable in any foreign currency and draft cheque, letter of credit and bill of exchange expressed or drawn in Bangladesh currency but payable in any foreign country.

In exercise of the power conferred by section 3 of the foreign exchange regulation, 1947, Bangladesh Bank issues license to schedule bank to deal with exchange. These banks are known an Authorized Dealers. Licensees are also issued by Bangladesh Bank to persons or firms to exchange foreign currency instruments such as T.C, currency notes and coins. They are known as Authorized money changers.

Opening of letter of credit (L/C)

MODE OF PAYMENTS IN INTERNATIONAL TRADE -Determine by supply and demand of the market

–      Managing by supplying dollar in the market.

–      Managing by reducing the supply of taka in the market.

– Exchange rate of one currency is tagged/pegged with another

– With single currency or basket.

The Most commonly used documents in Foreign Exchange:

In simple terms a documentary credit is a conditional bank undertaking a payment. Expressed more fully, it is a written undertaking by a bank (issuing bank) given to seller (beneficiary) at the request, and in accordance with the instructions of the buyer (applicant) to effect payment (that is, by making a payment, or accepting or negotiating bill of exchange) up to a stated sum of money, with in a prescribed time limit and against stipulated documents. The customary clauses contain in a L/C are the followings:

Parties to a Letter of credit (L/C):

The parties to a Letter of Credit are:

The Details on the bill of Leading should include:

A bill of lading specifically states that goods are loaded for ultimate destination specifically mentioned in the credit.

A Commercial Document is the accounting document by which the sellers change the goods to the buyer. A commercial invoice normally includes the following information:

Name and address of the buyer and seller.

Order of contract number, quantity and description of the goods, unit price and the total price.

Weight of the goods, number of the package, shipping marks and numbers.

A certificate of origin is a signed statement providing evidence of the origin of the goods.

This is usually issued by an independent inspection company located in the exporting country certifying or describing the quality, specification or other aspects of the goods, as called for in the contract and the L/C. the inspection company is usually nominated by the buyer who also indicates the types of inspection he wishes the company to undertake.

The Insurance Certificate documents must –

Importation is foreign goods and services purchased by customer, firms and Governments in Bangladesh.

Registration partnership deed (if any).

Memorandum and Article of association.

Certificate of incorporation (if any)

Rent receipt of the business premises.