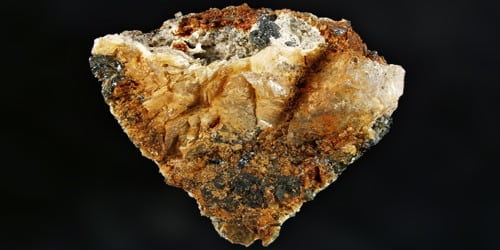 Malayaite is a calcium tin silicate mineral with formula CaSnO[SiO4]. It is a monoclinic-prismatic mineral containing calcium, oxygen, silicon, and tin. It is a member of the titanite group. It was originally found in Perak (a state in Malaysia) and was first described in the literature in 1961, though it was not yet given a name. In 1965, the mineral was named and recognized by the International Mineralogical Association. It was named for the locality in which it was discovered; which is the Malay Peninsula in Malaysia. 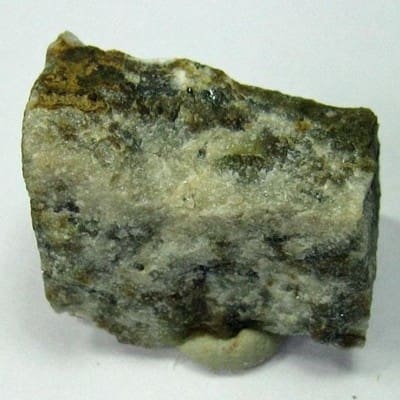 Malayaite exhibits anisotropy so it is doubly refractive and breaks up the light that travels through it into two distinct rays of different speeds. This mineral is known to have very high optical relief and has three indices of refraction.

Malayaite contains the element tin which is sometimes doped with chromium or nickel. These chromophore elements allow the mineral to produce different pigmentation. If malayaite is chromium-doped, it produces a pink-red color while with nickel, it produces a purple color.

This mineral is generally found in tin-rich contact metamorphic skarn deposits. There is a possibility that malayaite is a hydrothermally altered form of cassiterite-quartz assemblage or some tin-bearing mineral. There have been specimens that were found with malayaite as a coating mineral on cassiterite.