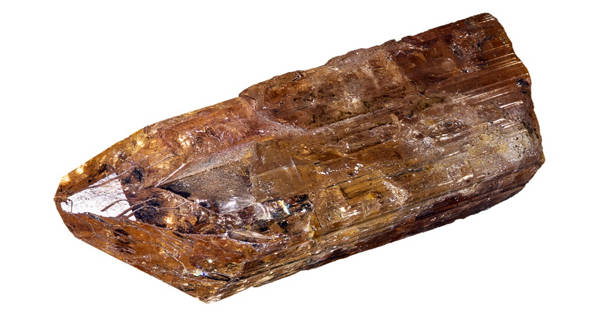 Nitratine or nitratite, also known as cubic niter, soda niter, or Chile saltpeter, is a mineral, the naturally occurring form of sodium nitrate, NaNO3. It is a trigonal-hexagonal scalenohedral mineral form of sodium nitrate. Chemically it is the sodium analogue of saltpeter. The typical form is as coatings of white, grey to yellowish-brown masses. Nitratine crystallizes in the trigonal system but rarely occurs as well-formed crystals.  The rare crystals when found typically have the scalenohedral form of the calcite structure. It is found in the form of efflorescence in hot, dry regions.

It is named after the Nitrogen content in the chemical composition, and it was discovered in 1821 in the Tarapaca region in Chile. It is found only as an efflorescence in very dry environments. It is highly soluble in water, and it also deliquescent, which will make it absorb moisture in humid environments. It is very soluble in water such that it is deliquescent and will absorb water out of the air and turn into a puddle of sodium nitrate solution when exposed to humid air.

The color of nitratine varies from colorless to white, with a reddish-brown tint, or lemon-yellow tint, or gray, due to impurities. Its tenacity is sectile, to a certain degree. It is quite soft and light with a Mohs hardness of 1.5 to 2 and a specific gravity of 2.24 to 2.29. It is soluble in water, tastes bitter, and is a pungent chemical. Its deliquescence is above 80%.

Nitratine is found as an efflorescence in arid environments, where it rarely rains. It was once an important source of nitrates for fertilizer and other chemical uses including fireworks. It has been known since 1845 from occurrences in the Confidence Hills, Southern Death Valley, California, and the Atacama Desert, Chile. It is mainly bedded in the deposits formed in playas, in caves, deposited from seeping groundwater, leaching nitrates from overlying rocks, especially in dry, cold environments. It is still used in organic farming (where Haber-Bosch ammonia is forbidden) in the US, but prohibited in international organic agriculture.