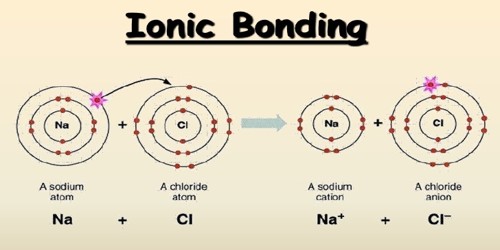 An ionic bond is the electrostatic forces of attraction between a non-metal and a metal ion in a giant ionic crystal lattice. It is a type of linkage formed from the electrostatic attraction between oppositely charged ions in a chemical compound. This occurs when charged atoms (ions) attract. Ionic bonds require at least one electron donor and one electron acceptor. This happens after a metal atom loses one or more of its electrons to the non-metal atom. The greater the difference in charge between the metal and non-metal ion, the stronger the ionic bond. It is a type of chemical bond that generates two oppositely charged ions. A maximum of three electrons can be transferred in the process. Ionic bonding is observed because metals have few electrons in their outer-most orbitals. They are formed between cations and anions.

An ionic bond is based on attractive electrostatic forces between two ions of opposite charge. A metal atom becomes a positive action because it loses electron(s). A non-metal atom becomes a negative anion as it gains an electron(s). By losing those electrons, these metals can achieve a noble gas configuration and satisfy the octet rule. This occurs, for example, when sodium and chlorine join to form common table salt, NaCl. First, sodium atoms (Na) oxidize and lose an electron to form positively charged sodium ions (Na+). The charges on the anion and cation correspond to the number of electrons donated or received. Chlorine atoms gain the electrons from the sodium atoms to form negatively charged chloride ions (Cl-). Both ions are now oppositely charged and they are held by strong electrostatic forces of attraction. In ionic bonds, the net charge of the compound must be zero. 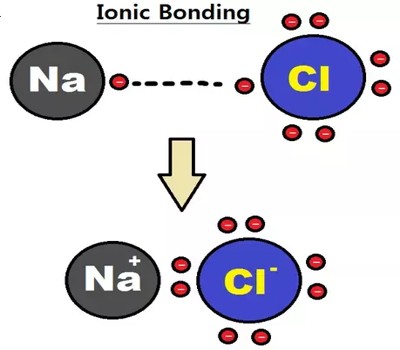