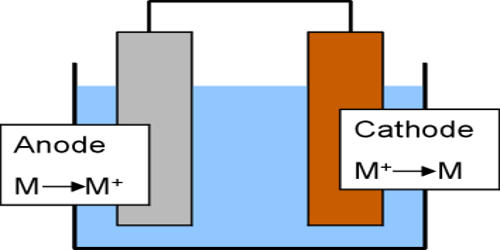 Galvanic corrosion refers to corrosion damage induced when two dissimilar materials are coupled in a corrosive electrolyte. It is an electrochemical process in which one metal corrodes preferentially when it is in electrical contact with another, in the presence of an electrolyte. It is an electrochemical process whereby one metal corrodes in preference to another metal that it is in contact with through an electrolyte. A similar galvanic reaction is exploited in primary cells to generate a useful electrical voltage to power portable devices.

Corrosion of the anode will accelerate Corrosion of the cathode will decelerate or even stop. Galvanic coupling is the foundation of many corrosion monitoring techniques

Galvanic corrosion occurs when two dissimilar metals are immersed in a conductive solution and are electrically connected.  Dissimilar metals and alloys have different electrode potentials, and when two or more come into contact in an electrolyte, one metal acts as anode and the other as a cathode. One metal (the cathode) is protected, whilst the other (the anode) is corroded.  If the electrolyte contains only metal ions that are not easily reduced (such as Na+, Ca2+, K+, Mg2+, or Zn2+), the cathode reaction is the reduction of dissolved H+ to H2 or O2 to OH−. The rate of attack on the anode is accelerated, compared to the rate when the metal is uncoupled. The electro potential difference between the reactions at the two electrodes is the driving force for an accelerated attack on the anode metal, which dissolves into the electrolyte. This leads to the metal at the anode corroding more quickly than it otherwise would and corrosion at the cathode being inhibited. The presence of an electrolyte and an electrically conducting path between the metals is essential for galvanic corrosion to occur. When a galvanic couple forms, one of the metals in the couple becomes the anode and corrodes faster than it would all by itself, while the other becomes the cathode and corrodes slower than it would alone. The electrolyte provides a means for ion migration whereby ions move to prevent charge build-up that would otherwise stop the reaction. For example, if aluminum and carbon steel are connected and immersed in seawater, the aluminum will corrode more quickly, whilst the steel will receive protection.

Galvanic corrosion is an electrochemical process. In some cases, this type of reaction is intentionally encouraged. For example, low-cost household batteries typically contain carbon-zinc cells. As part of a closed circuit (the electron pathway), the zinc within the cell will corrode preferentially (the ion pathway) as an essential part of the battery producing electricity. When a galvanic couple forms, one of the metals in the couple becomes the anode and corrodes faster than it would all by itself, while the other becomes the cathode and corrodes slower than it would alone. Another example is the cathodic protection of buried or submerged structures as well as hot water storage tanks. In this case, sacrificial anodes work as part of a galvanic couple, promoting corrosion of the anode, while protecting the cathode metal. The cathode is protected from corrosion. 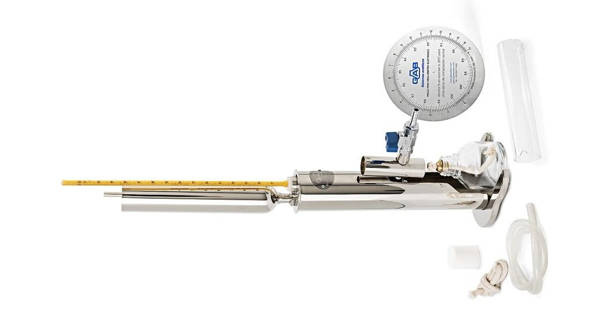