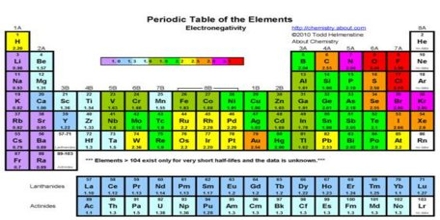 Electronegativity is the type of bond formed between a pair of atoms is determined by the ability of the atoms to attract electrons from the other. A positively charged ion (Cation) is formed when an atom looses one or more electrons and a negatively charged ion (Anion) is formed when an atom accepts one or more electrons. For a free, isolated atom its ability to loose an electron is measured by its Ionization Energy, while the ability to gain an electron is measured by its Electron Affinity.