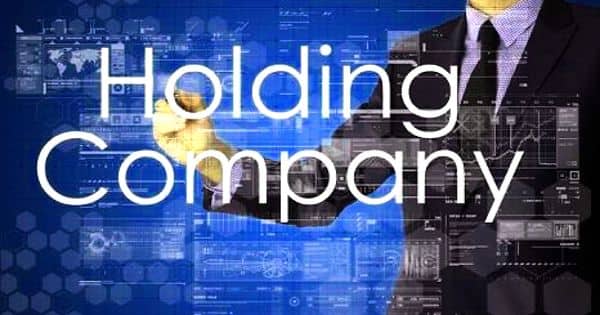 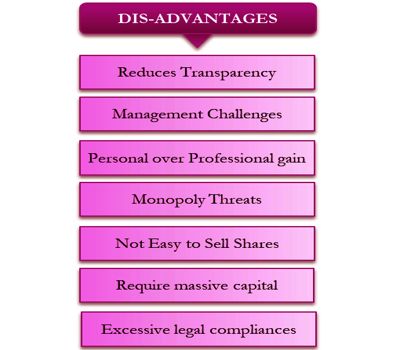 The following are the main disadvantages of holding companies:

Since the capital of the holding company and its subsidiaries may be pooled together it may result in overcapitalization. Shareholders would get not get a fair return on their invested capital.

By manipulation of accounts, directors may speculate in the shares of the subsidiary companies if such shares are listed in the stock exchange

The financial liability of the members of a holding company is insignificant in comparison to their financial power. It may lead to irresponsibility and misuse of power.

Secret reserves may be created by dishonest directors to the detriment of the minority interest.

Difficulties may be faced for valuing stock when it consists of huge quantities of inter-company goods.

Information about subsidiaries may be used for personal gains. For example information on the financial performance of subsidiary companies may be misused to indulge in speculative activities.

When a group has a good number of subsidiary companies and managerial ability is limited, there may be mismanagement resulting in damage to the group as a whole.

It may lead to the creation of secret monopolies. These secret monopolies may try to eliminate competitors and prevent the entry of new firms. They may exploit consumers by charging unreasonable prices.

Inter-company transactions are often entered at fanciful and unduly high or low prices in order to suit the holding companies.

Moreover, there are possibilities for a holding company to expand through the use of debt or leverage, building an intricate corporate structure that can include unrealized values, thus creating a risk if interest rates on obligations or the evaluation of assets posted as a guarantee for loans alter radically. Discuss on Accounting for Debt Securities