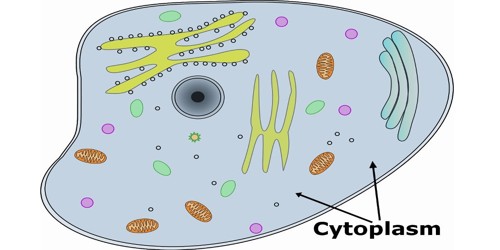 Many important functions of a cell take place in organelles, which are like bits of machinery for doing many jobs. The cytoplasm is highly structured: it is not some kind of soup, even though it is made out of 75% to 80% water.  It is mainly composed of water, salts, and proteins.

The cytoplasm is present within the cell membrane of all cell types and contains all organelles and cell parts. The cytosol contains a complex mixture of cytoskeleton filaments, including the endoplasmic reticulum and the Golgi apparatus. It includes dissolved molecules and water that fills much of the cell. It generally contains proteins, amino acids, mRNA, ribosomes, sugars, ions, messenger molecules, and more. Due to this network of fibers, membranes and the many dissolved macromolecules such as proteins, the cytosol does not act as a simple liquid. 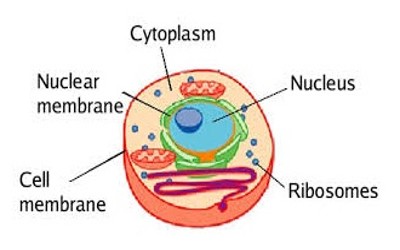 The cytoplasm can be divided into three components:

Most of the important activities of the cell occur in the cytoplasm. In most cytology applications, normal cells have a homogenous cytoplasm with occasional granules or inclusions.