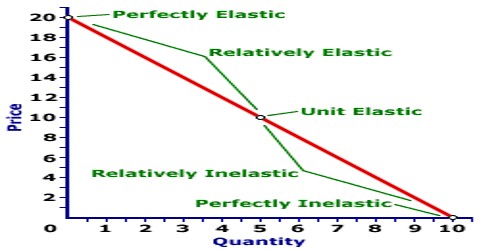 Concept of Elasticity of Demand

Types of Elasticity of Demand

There are two other types of demand elasticity, which measures how much the quantity purchased changes when the price does.

Clothing also has elastic demand. True, people have to wear clothes, but there are many choices of what kind of clothing and how much to spend. When some stores offer sales, other stores have to lower their clothing prices to maintain demand. Small stores that can’t offer huge discounts go out of business. During the Great Recession, many clothing stores were replaced by second-hand stores that offered quality used clothing at steeply discounted prices.