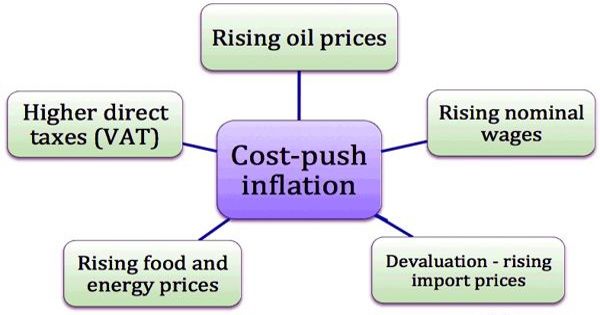 Cost-push inflation is inflation caused by an increase in prices of inputs like labor, raw material, etc.

Higher prices are then the result, as costs of production increase due to a decreased aggregate supply. Higher costs of production can decrease the aggregate supply (the amount of total production) in the economy. It stands in contrast to demand-pull inflation. Since the demand for goods hasn’t changed, the price increases from production are passed onto consumers creating cost-push inflation. Both accounts of inflation have at various times been put forward with oftentimes inconclusive evidence as to which explanation is superior. For example, the cost of raw materials or inventory used in production might increase, leading to higher costs.

A situation that has been often cited of this was the oil crisis of the 1970s, which some economists see as a major cause of the inflation experienced in the Western world in that decade. It is argued that this inflation resulted from increases in the cost of petroleum imposed by the member states of OPEC. Since petroleum is so important to industrialized economies, a large increase in its price can lead to the increase in the price of most products, raising the price level.

The increased price of the factors of production leads to a decreased supply of these goods. Increased labor costs can create cost-push inflation such as when mandatory wage increases for production employees due to an increase in minimum wage per worker. A worker strike due to stalled contract negotiations might lead to a decline in production and as a result, higher prices ensue for the scare product. While the demand remains constant, the prices of commodities increase causing a rise in the overall price level. Unexpected causes of cost-push inflation are often natural disasters, which can include floods, earthquakes, fires, or tornadoes.

Some economists argue that such a change in the price level can raise the inflation rate over longer periods, due to adaptive expectations and the price/wage spiral, so that a supply shock can have persistent effects. This is inflation triggered from the supply-side i.e. because of less supply. The opposite effect of this is called demand-pull inflation where higher demand triggers inflation. 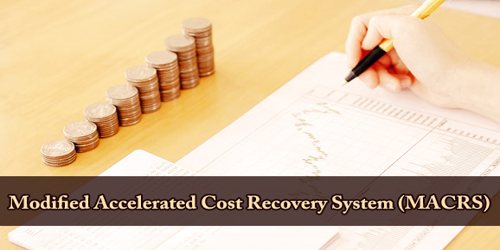 Advantages and Disadvantages of Fair Trade