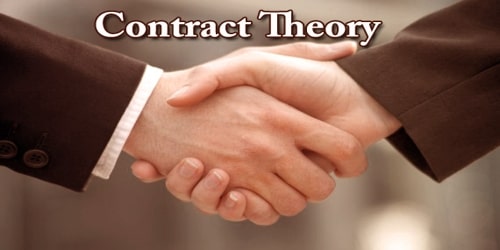 Contract theory is an economic theory that entails how parties can develop a legal agreement in a situation that involves asymmetric information. Because of its connections with both agency and incentives, contract theory is often categorized within a field known as Law and economics. Contract theory analyzes how stakeholders in an agreement make decisions and agree on particular terms in case of the unforeseen occurs.

Contract theory draws upon principles of financial and economic behaviour as different parties have different incentives to perform or not perform particular actions.

In the field of economics, the first formal treatment of this topic was given by Kenneth Arrow in the 1960s. In 2016, Oliver Hart and Bengt R. Holmström both received the Nobel Memorial Prize in Economic Sciences for their work on contract theory, covering many topics from CEO pay to privatizations.

A standard practice in the application of contract theory is to represent the behaviour of a decision maker under uncertainty and then provide an optimization algorithm that will guide the decision making to make an optimal decision. Three models have been developed to explain the theoretical ways of motivating decision-makers to reach a decision under uncertainty; they are; moral hazard, adverse selection, and signaling. The model has been tested severally by endogenizing the information structure to allow the parties involved to gather enough information about the other party.

Incomplete Contracts – Contract theory also utilizes the notion of a complete contract, which is thought of as a contract that specifies the legal consequences of every possible state of the world. Recently, Oliver Hart has pioneered the theory of incomplete contracts that analyze the effects of incentives of parties that are unable to agree on a contract. The theory is applied to the theory of the firm; a theory developed by Oliver Hart. Because of the complexity of completing contracts, the theory provides guidelines that cater to the gaps in the contract. 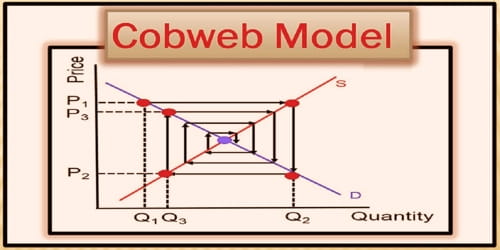 Causes of Recessions in Economics