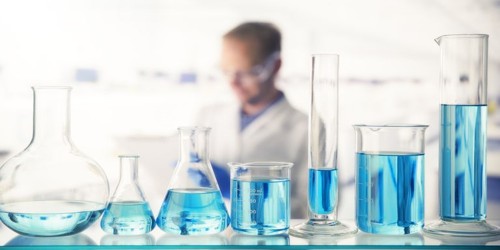 In chemistry, concentration is how much of a substance is mixed with another substance. Another definition is that concentration is the ratio of solute in a solution to either solvent or total solution. It usually is expressed in terms of mass per unit volume. The simplest statement of the concentrations of the components of a mixture is in terms of their percentages by weight or volume.

Some examples of concentration units and formulas include:

Molarity (M) – moles of solute/liters of solution (not solvent!)

Very low concentrations may be expressed in parts per million (ppm), as in specifying the relative presence of various substances in the atmosphere.