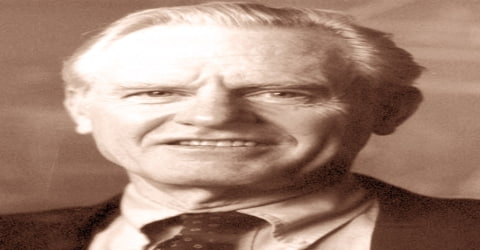 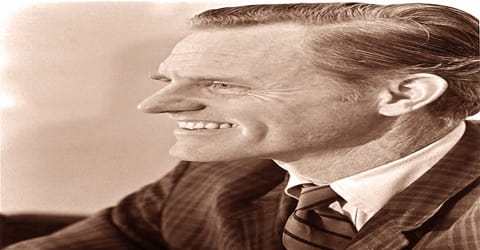 An American nuclear physicist who shared the 1990 Nobel Prize for Physics with Jerome Isaac Friedman and Richard E. Taylor for obtaining experimental evidence for the existence of the subatomic particles known as quarks, Henry Way Kendall was born on December 9, 1926, in Boston to Evelyn Way and Henry P. Kendall, an industrialist. Kendall grew up in Sharon, Massachusetts and attended Deerfield Academy.

Kendall was the J. A. Stratton Professor of Physics at MIT. Along with his engaged in research and teaching, Kendall was also active in writing, analysis, and public activities related to U.S. energy and defense matters and global issues of environmental pressures, arms control, resource management, population growth, and climate change. A founder and leader of the Union of Concerned Scientists, he was active and highly influential in areas related to energy, defense, and the environment. Recognized for his broad scientific knowledge and engagement in critical issues, he was often called upon to speak, serve on panels and committees, and testify in government hearings. In addition to his extensive scientific and advocacy work, Henry W. Kendall led an active life. He participated in major mountain climbing expeditions, carrying cameras to record spectacular scenes. He did exploratory diving and made advances in underwater photography. He also took an active interest in maritime history. 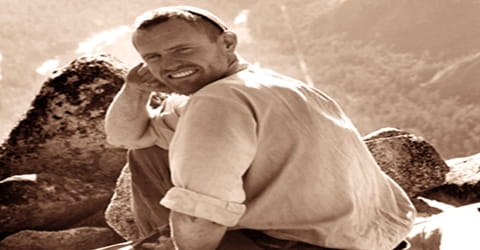 A leading American physicist, Henry Way Kendall was born in Boston, Massachusetts, the U.S. on December 9, 1926, and grew up in nearby Sharon. He was the first of three children of Henry P. Kendall, a businessman, and Evelyn Way Kendall. Kendall, He attended Deerfield Academy, a college preparatory school. He enrolled in the U. S. Merchant Marine Academy in 1945 and served on a troop transport on the North Atlantic in the winter of 1945 – 1946.

In 1946, Kendall enrolled at Amherst College where he majored in mathematics, graduating in 1950. While at Amherst, he operated a diving and marine salvage company during two summers. He co-authored two books, one on shallow water diving and the other on underwater photography. He did graduate research at the Massachusetts Institute of Technology, involving an experimental study of positronium, and he obtained his Ph.D., from the Massachusetts Institute of Technology (MIT) in 1955.

After serving as a U.S. National Science Foundation Fellow at MIT, Kendall taught and pursued research at Stanford University (1956-61). In 1961 he joined the faculty of MIT Physics Department, becoming a full professor in 1967, where he remained for the rest of his life.

Henry Way Kendall was not only a very accomplished physicist but also a very skilled mountaineer and photographer. He did extensive rock climbing in Yosemite Valley, followed by expeditions to the Andes, Himalaya, and Antarctica, photographing his experiences with large format cameras. 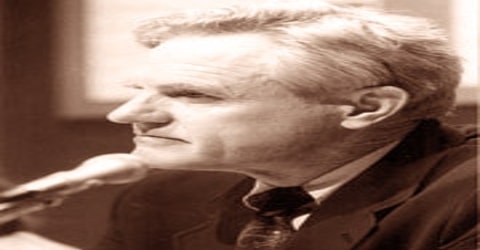 Upon receiving his degree in 1955 Henry began his postdoctoral career at MIT and Brookhaven National Laboratory and made his first foray into innovative instrumentation. In 1956 he took a research position at Stanford University, attracted by the program of Robert Hofstadter that was measuring the size of atomic nuclei by means of elastic electron scattering. He remained at Stanford until returning to MIT as a faculty member in 1961, becoming a full professor in 1967 and the Julius A. Stratton Professor of Physics in 1991.

Kendall then spent the next two years as a postdoctoral fellow at Brookhaven National Laboratory. He then spent five years in Robert Hofstadter’s research group at Stanford University in the late ’50s and early ’60s, where he worked with Jerome Friedman and Richard Taylor, studying the structure of protons and neutrons, using the university’s 300 feet long linear electron accelerator. He developed a close working relationship with Wolfgang K. H. Panofsky at Stanford.

Kendall and his colleagues were cited by the Nobel committee for their “breakthrough in our understanding of matter” achieved while working together at the Stanford Linear Accelerator Center from 1967 to 1973. There they used a particle accelerator to direct a beam of high-energy electrons at target protons and neutrons. The way in which the electrons scattered from the targets indicated that the protons and neutrons were not the solid, uniformly dense bodies to be expected if they were truly fundamental particles, but were instead composed of still smaller particles. This confirmed the existence of the quarks that were first hypothesized (independently) in 1964 by Murray Gell-Mann at the California Institute of Technology and by George Zweig. Kendall also did research in nuclear structure, in high-energy electron scattering, and in meson and neutrino physics.

In the late 60’s and early ’70s, Kendall worked in collaboration with researchers at the Stanford Linear Accelerator Center (SLAC) including Friedman and Taylor. These experiments involved scattering high-energy beams of electrons from protons and deuterons and heavier nuclei. At lower energies, it had already been found that the electrons would only be scattered through low angles, consistent with the idea that the nucleons had no internal structure. However, the SLAC-MIT experiments showed that higher energy electrons could be scattered through much higher angles, with the loss of some energy. These deep inelastic scattering results provided the first experimental evidence that the protons and neutrons were made up of point-like particles, later identified to be the up and down quarks that had previously been proposed on theoretical grounds. The experiments also provided the first evidence for the existence of gluons.

In 1969 Kendall joined colleagues in the MIT physics department who had founded the Union of Concerned Scientists (UCS). In 1974 UCS became a formally organized nonprofit organization, with Henry as its chair from then until his death. Under his leadership, UCS grew steadily in reach and effectiveness. He was personally involved in its programs on nuclear arms control, missile defense, and renewable energy.

In addition to his scientific research, Kendall worked extensively with a variety of groups concerning the proper role and uses of science in society. He was a founder (1969) of the Union of Concerned Scientists and served as the group’s chairman from 1973. Kendall also worked as a consultant on defense for the U.S. government for many years and was one of the scientists who briefed the U.S. 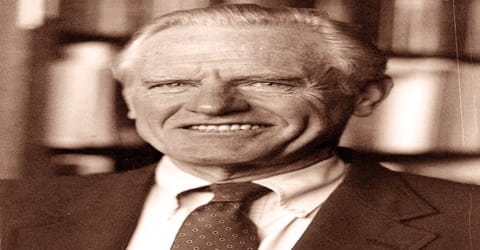 In 1982 Kendall and Friedman joined Frank Taylor in a Fermilab neutrino experiment that brought them back much closer to their deep-inelastic roots. This continued until 1988 when they joined the SLAC program of electron-positron annihilation experiments. Kendall exhibited a deep commitment to a variety of societal causes throughout his life, most of which were science and technology related. He was especially concerned by the dangers inherent in the exploitation of nuclear physics for both military and civilian ends. His first major involvement was in the 1960s, through membership in the JASON Group of the Institute for Defense Analyses. In those days the JASON Group, comprising a large number of particle physicists and a lesser number of scientists in other fields, advised the Department of Defense on a variety of military issues, concentrating on the nuclear arms race as well as the electronic barrier concept aimed to suppress guerrilla activity during the Vietnam War.

Kendall was awarded a number of prizes in addition to the 1990 Nobel Prize. These included the Bertram Russell Society Award in 1982, the Environmental Leadership Award from the Tufts University’s Lincoln Filene Center in 1991.

Henry Way Kendall died at the age of 72 in February 1999 in a diving accident while accompanying a National Geographic expedition in Florida. He by-passed two pre-dive checklists for his Cis-Lunar MK-5P Mixed Gas rebreather and entered the spring basin without his dive buddy from the National Geographic Society. Kendall missed turning on the oxygen supply to his rebreather and lost consciousness and drowned. The autopsy revealed a physiological issue that led to his disregarding the protocols.

Some of Kendall’s writings about his societal concerns include Energy Strategies Toward a Solar Future (1980), Beyond the Freeze: The Road to Nuclear Sanity (1982), and The Fallacy of Star Wars (1984).

Kendall was one of the founding members of the Union of Concerned Scientists (UCS) in 1969. He served as Chairman of the UCS from 1974 until his death in 1999. His public policy interests included avoiding nuclear war, the Strategic Defense Initiative, the B2 bomber, nuclear reactor safety, and global warming. He was also a member of the JASON Defense Advisory Group. 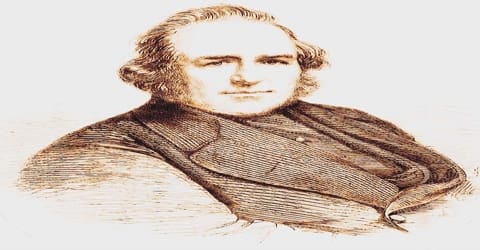 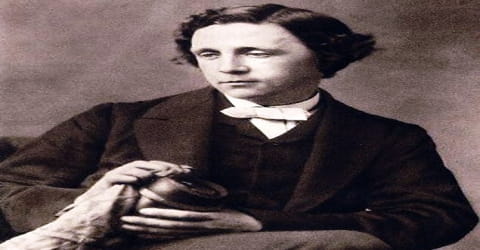 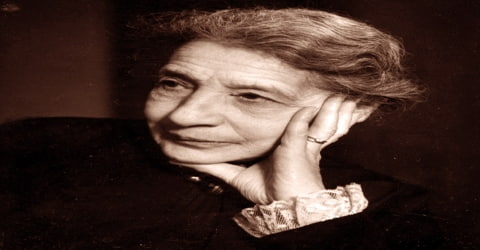