The discovery could lead to the design of more agile aircraft, specifically uncrewed aerial vehicles (UAVs).

The finding is unexpected because it was thought that bird flight had been gradually becoming less stable as it evolved from the long, clumsy dinosaur tails of the oldest birds to the small, agile tails of modern birds. But from the standpoint of flight controllability, it’s not really a surprise.

“I have always been amazed at how birds can glide seemingly without effort for hours only to in a split second pull off some unique trick, like a dive or other sudden unstable-looking maneuver,” said Christina Harvey, a Ph.D. student in aerospace engineering at U-M and lead author of the study in Nature.

A fighter jet’s flaps must be constantly adjusted during unstable flight, and the brain must instruct the muscles to make adjustments to prevent a crash. In contrast, stable gliding can, to a certain extent, passively adjust for gust buffeting.

“We did an evolutionary analysis, led by Vikram Baliga, that showed quite convincingly that there was a strong evolutionary force driving birds not toward stability or maneuverability, but toward the ability to transition between them,” said Doug Altshuler, professor of zoology at UBC, who supervised the biology aspects of the project.

Researchers working on morphing aircraft have long quoted bird flight as a motivation. Christina’s unique background and subsequent research has helped put such claims into analytical terms, making a precise science out of avian flight and how it relates to morphing UAVs.

Harvey hoped to assist with the bird research because she studied under Altshuler for her master’s degree at UBC. But when the epidemic made travel unsafe, her former lab colleagues collected the data in her place.

At the Beaty Museum of Biodiversity at UBC, Baliga, a postdoctoral researcher, and Jasmin Wong, a zoology Ph.D. candidate, investigated 22 bird species. For upcoming research projects, the museum gathers and freezes dead birds from zoos and wildlife refuges.

“We tracked the motion of the elbow and wrist joints as well as the whole wing shape during wing flexion and extension, and performed dissection on museum specimens,” Wong said.

She and Baliga took exact measurements of a bird’s head, chest, wings, and tail, as well as its length, width, and mass. Harvey next created a computer model that took this data into account and determined each bird’s center of gravity a type of balance point by reading it in.

Harvey calculated the location on the bird where, if the center of gravity were to be placed there, the position of the bird would not be influenced by disturbances like gusts based on previous research.

If the neutral point is behind the center of mass, the bird will continue to tilt upward unless anything is done to rectify it.

“Combining all these various pieces of information together for each individual species, we created models that gave us an understanding of how a species could change its own stability or instability as it’s flying around,” Baliga said.

It turns out that the majority of current bird species can alter the neutral point by altering the curvature of their wings, allowing them to alter their stability on command.

“Researchers working on morphing aircraft have long quoted bird flight as a motivation. Christina’s unique background and subsequent research has helped put such claims into analytical terms, making a precise science out of avian flight and how it relates to morphing UAVs,” said Daniel Inman, the Harm Buning Collegiate Professor of Aerospace Engineering at U-M, who supervised the engineering side of the project.

Harvey cited a study in which a drone designed after a bird could change its gliding state from stable to unstable by sweeping its wings back. The researchers discovered that it was difficult to manage the aircraft during the shift.

“My next step is to get a control expert on board for a new collaboration,” Harvey said. “If we want our UAVs to go there, how much work is that going to be? Is that feasible?” Preventive Action for the Extinction of Regent Honeyeater 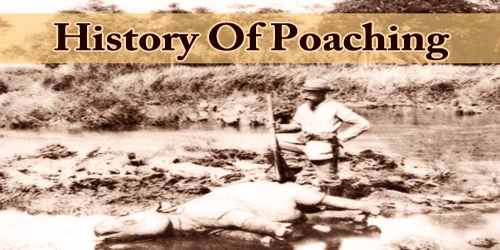