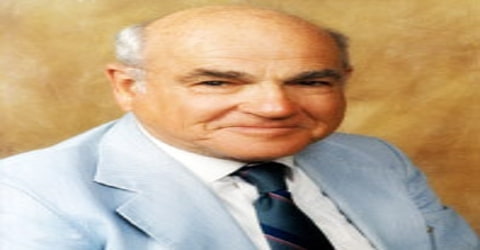 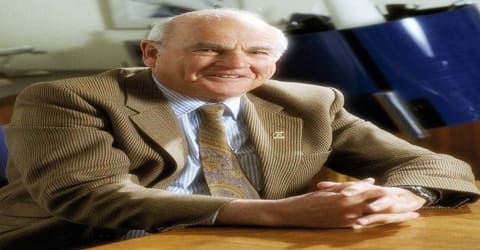 An American research physician whose discovery of an antigen that provokes antibody response against hepatitis B led to the development by other researchers of a successful vaccine against the disease, Baruch Samuel Blumberg was born on July 28, 1925, in Brooklyn, New York, U.S. the son of Ida (Simonoff) and Meyer Blumberg, a lawyer. He was co-recipient of the 1976 Nobel Prize in Physiology or Medicine (with Daniel Carleton Gajdusek), for his work on the hepatitis B virus while an investigator at the NIH. He was President of the American Philosophical Society from 2005 until his death.

Blumberg’s work included identification of the virus that caused Hepatitis B, which often posed to be fatal and many times transferred through blood transfusions. He showed that the virus had the capability of causing liver cancer. Later he developed diagnostic tests of the disease and discovered an antigen in the blood sample of an aborigine of Australia, which eventually helped in developing an effective vaccine to counter the disease. Just after completing high school he served the US Navy during the ‘Second World War’. At one time he became a merchant seaman and also worked as a doctor on a ship. He remained University Professor of Anthropology and Medicine at the ‘University of Pennsylvania’ and also served the ‘Balliol College’, of the ‘Oxford University’ as Master. Blumberg remained Director of the ‘NASA Astrobiology Institute’ at the ‘Ames Research Center’ in California. He also served as the President of ‘American Philosophical Society’. 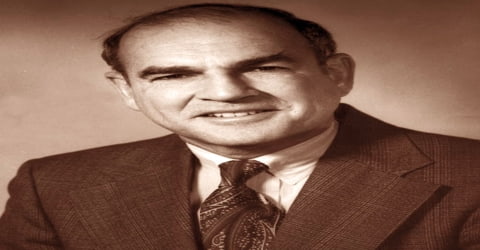 Baruch S. Blumberg, in full Baruch Samuel Blumberg, was born on July 28, 1925, in Brooklyn, New York, the U.S. in a Jewish family to Meyer Blumberg and his wife Ida. Meyer was a lawyer.

Blumberg received his primary education in the Orthodox Jewish elementary school, Yeshivah of Flatbush. He was educated in the embryo and also learned to study the Bible. He then moved to the James Madison high school, where he was taught by several highly qualified teachers. The family then shifted to Far Rockaway, Queens, where he went to the Far Rockaway high school the School where Richard Feynman also studied. In 1943 Blumberg passed high school and then joined the US Navy as a deck officer during the Second World War as war service.

Blumberg completed college studies from ‘Union College’ in Schenectady, New York, under military sponsorship graduating with honors in BS Physics in 1946. The same year he left active military duty. In 1947 he completed MS in mathematics from ‘Columbia University’ and then switched his field and joined ‘Columbia University College of Physicians and Surgeons’ to study medicine. In 1951 he earned his MD from ‘Columbia University’. From 1951 to 1955 he remained an intern and thereafter a resident at the ‘Columbia Presbyterian Medical Center’. Thereafter he enrolled at the ‘Balliol College’ of the ‘University of Oxford’ and started his graduate work in biochemistry. He obtained his Ph.D. from the college in 1957.

Baruch S. Blumberg was married to Jane Liebesman who was an artist, in 1954. The couple was blessed with two sons, George and Noah and two daughters, Anne and Jane.

Blumberg considered the mental discipline of the Jewish Talmud as one of the influencing factors in his life and always tried, as far as possible, to attend the weekly Talmud sessions throughout his life. 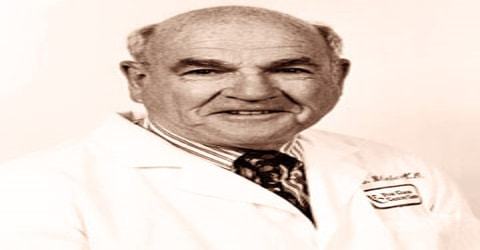 In 1960 Baruch S. Blumberg became chief of the Geographic Medicine and Genetics Section of the U.S. National Institutes of Health, Bethesda, Maryland. In 1964 he was appointed an associate director for clinical research at the Institute for Cancer Research (later named the Fox Chase Cancer Center) in Philadelphia. He also served as professor of medicine, human genetics, and anthropology at the University of Pennsylvania.

In the early 1960s, Blumberg was examining blood samples from widely diverse populations in an attempt to determine why the members of different ethnic and national groups vary widely in their responses and susceptibility to disease. In 1963 he discovered in the blood serum of an Australian Aboriginal person an antigen that he later (1967) determined to be part of a virus that causes hepatitis B, the most severe form of hepatitis. The discovery of that so-called Australian antigen, which causes the body to produce antibody responses to the virus, made it possible to screen blood donors for possible hepatitis B transmission.

During such field trips he investigated blood samples from a hugely diverse population across the globe from Japan to Africa striving to resolve the reasons behind varying exposure and reaction to disease by people of different nationalities and ethnicity. He tried to find out the reason behind the contraction of disease by some people exposed to similar environments but not by all. While he was examining yellow jaundice, in 1964, Blumberg found a surface antigen in the blood serum of an aborigine of Australia.

In 1964, Blumberg became a member of the Institute of Cancer Research (ICR) of the Lankenau Hospital Research Institute in Philadelphia, known today as the Lankenau Institute for Medical Research (LIMR), which later joined the Fox Chase Cancer Center in 1974, and he held the rank of University Professor of Medicine and Anthropology at the University of Pennsylvania starting in 1977. Concurrently, he was Master of Balliol College from 1989 to 1994. He was elected a Fellow of the American Academy of Arts and Sciences in 1994. From 1999 to 2002, he was also director of the NASA Astrobiology Institute at the Ames Research Center in Moffett Field, California.

In 1967 Blumberg discovered the hepatitis B virus. He identified the hepatitis B virus and also demonstrated that the infection could cause liver cancer. Baruch S. Blumberg along with his team also developed a technique to diagnose this virus and to restrict it from spreading through blood transfusions. This was a significant discovery as it reduced the deaths caused by the Hepatitis B virus from 15% to about 1%. This groundbreaking work earned him the Nobel Prize in medicine in 1976.

Beginning 1977 Blumberg worked as University Professor of Anthropology and Medicine at the ‘University of Pennsylvania’. In 1986 he was elected as a member of the ‘American Philosophical Society’ and later in 2005, he was made the President of the society. From 1989 to 1994 he remained Master of the ‘Balliol College’ of the ‘University of Oxford’.

In 1989 Blumberg became the first Fox Chase Distinguished Scientist, and he returned to Oxford to become master of Balliol College, a position that he held until 1994. Upon his return to the United States, he continued to teach as a professor of medicine and anthropology at the University of Pennsylvania. From 1999 to 2002 Blumberg served as director of the National Aeronautics and Space Administration (NASA) Astrobiology Institute, where he embarked on investigations into the possibility of life on other planets. He held several different positions while at NASA, where he remained until 2004. The following year he was elected president of the American Philosophical Society; he held the post until his death.

In 1992, Blumberg participated in the founding of the Hepatitis B Foundation (HBF), a nonprofit organization dedicated to finding a cure for hepatitis B and improving the lives of those affected by hepatitis B worldwide. He served on the Scientific and Medical Advisory Board, and as its Distinguished Scholar from 1992 until his passing in 2011. Blumberg was a regular and inspirational presence at the Hepatitis Foundation, maintaining an office at The Foundation in Doylestown, Pennsylvania.

In 1994 Blumberg had the honor of getting elected as a Fellow of one of the oldest and most renowned honorary societies and a prominent center for policy research in the US, the ‘American Academy of Arts and Sciences’. He became a member of the ‘Library of Congress Scholars Council’, a group of remarkable and noted scholars, in 2001and, served it till he was alive. The members, who are inducted by the Librarian of Congress, advise the latter on scholarship related matters.

Blumberg also wrote three medical books; Australia antigen and hepatitis in 1972, hepatitis B and prevention of cancer of the liver in 2000 and hepatitis B: the hunt for a killer virus in 2002.

The ‘United Therapeutics Corporation’, a biotechnology company headquartered at Silver Spring, Maryland, US inducted him as the Chairman of its ‘Scientific Advisory Board’ in November 2004. He held the post till his death. During this tenure, he organized three conferences related to Telemedical and Nanomedical Technology and also guided the company in developing a comprehensive anti-viral drug.

In October 2010, Blumberg participated in the USA Science and Engineering Festival’s Lunch with a Laureate program, in which middle and high school students of the Greater Washington D.C., Northern Virginia and Maryland area got to engage in an informal conversation with a Nobel Prize-winning scientist over a brown-bag lunch. In an interview with The New York Times in 2002, he stated that “Saving lives is what drew me to medicine. There is, in Jewish thought, this idea that if you save a single life, you save the whole world”. In discussing the factors that influenced his life, Blumberg always gave credit to the mental discipline of the Jewish Talmud, and as often as possible, he attended weekly Talmud discussion classes until his death.

After delivering the keynote speech on April 5, 2011, at the International Lunar Research Park Exploratory Workshop, Baruch S. Blumberg had a fatal heart attack. He lost his life at the age of 85. At the time of his death, Blumberg was a Distinguished Scientist at the NASA Lunar Science Institute, located at the NASA Ames Research Center in Moffett Field, California.

Blumberg is survived by his wife, four children, and nine grandchildren. His funeral proceedings took place at the ‘Society Hill Synagogue’, Philadelphia, Pennsylvania on April 10, 2011. He was a long-time member of the synagogue.