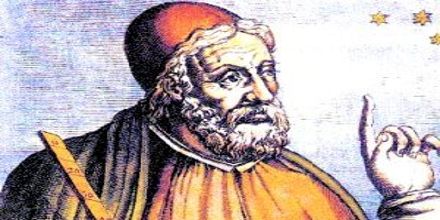 Claudius Ptolemy was born in about the year 100 AD, almost certainly in Egypt. He lived in the metropolis of Alexandria on Egypt’s Mediterranean coast.

Alexandria had been built by the Ancient Greeks, but was later conquered by the Romans. Claudius is a Roman name and Claudius Ptolemy was a Roman citizen. Ptolemy, however, is a Greek name and Ptolemy wrote in Greek. Ptolemy was possibly related to the Greek Ptolemy royal dynasty, whose rule was ended by the Romans in 30 BC. There is, however, no direct evidence to support a relationship. We do not know what Ptolemy looked like. Images we have of him were first created over a thousand years after he lived.

A renowned astronomer of his era, he authored the seminal text the ‘Almagest’ which is a treatise on the apparent motions of the stars and planetary paths. A highly influential scientific text, its geocentric model was accepted for more than 1200 years from its origin. In another astronomical text he detailed what is now known as the Ptolemaic system. Even though his brilliance is widely accepted, scholars in the recent centuries have cast doubts over some of his astronomical observations.

Not much is known about the circumstances of Claudius Ptolemy’s birth or his family. It is generally believed that he was born around 100 AD in Egypt, Roman Empire. He was of Greek descent, as deduced by his Latin name, Claudius Ptolemaeus.

The 14th century astronomer Theodore Meliteniotes gave Ptolemy’s birthplace as Ptolemais Hermiou in the Thebaid in an uncorroborated statement. However, the general consensus is that he was born in Alexandria where he is believed to have lived and died.

Ptolemy’s ‘Almagest’ is one of the greatest scientific texts of all time. It is a critical source of information on ancient Greek astronomy and its geocentric model was accepted for more than 1200 years from its origin. It was translated into several languages over the centuries.

His earliest major work was the astronomical treatise now known as the ‘Almagest’, although it was originally titled the ‘Mathematical Treatise.’ It was completed around 150 AD. The seminal work consisted of 13 sections, each of which covered an important subject. The ‘Almagest’ was an extensive text which contained an outline of Aristotle’s cosmology, the length of the year, the motion of the Sun, the motion of the Moon, lunar parallax, the motion of the lunar apogee, the motions of the fixed stars and planets, among other areas of astronomical relevance. For drawing his models, Ptolemy adopted Hipparchus’ solar model, which consisted of a simple eccentric deferent. He had inherited from his Greek predecessors a geometrical toolbox and a partial set of models for predicting where the planets would appear in the sky.

His work ‘Geographia’ was a seminal treatise on cartography in which he provided latitude and longitude co-ordinates for numerous places and geographical features in the world. He also improved the methods of creating maps.

He composed a text on the philosophy and practice of astrology titled ‘Tetrabiblos’ which was considered an authoritative text on the subject for several centuries. The text is credited to have laid down the basic precepts of Renaissance astrology and was made a part of the curriculum in the universities during the Renaissance. The treatise is also described as “by far the most influential source of medieval Islamic astrology.”

He authored ‘Tetrabiblos’, a text on the philosophy and practice of astrology in which he gave the study of the effects of astronomical cycles on earthly matters. Over the preceding centuries, this influential text was copied, abridged, and translated into many languages.

Ptolemy also had a keen interest in music and wrote the work ‘Harmonics’, on music theory and the mathematics of music. He argued for basing musical intervals on mathematical ratios and wrote about how musical notes could be translated into mathematical equations and vice versa.

Ptolemy also wrote an influential work, Harmonics, on music theory and the mathematics of music. After criticizing the approaches of his predecessors, Ptolemy argued for basing musical intervals on mathematical ratios (in contrast to the followers of Aristoxenus and in agreement with the followers of Pythagoras), backed up by empirical observation (in contrast to the overly theoretical approach of the Pythagoreans). Ptolemy wrote about how musical notes could be translated into mathematical equations and vice versa in Harmonics. This is called Pythagorean tuning because it was first discovered by Pythagoras. However, Pythagoras believed that the mathematics of music should be based on the specific ratio of 3:2, whereas Ptolemy merely believed that it should just generally involve tetrachords and octaves. He presented his own divisions of the tetrachord and the octave, which he derived with the help of a monochord. His Harmonics never had the influence of his Almagest or Planetary Hypotheses, but a part of it (Book III) did encourage Kepler in his own musings on the harmony of the world (Kepler, Harmonice Mundi, Appendix to Book V). Ptolemy’s astronomical interests also appeared in a discussion of the “music of the spheres”. See: Ptolemy’s intense diatonic scale.

His Optics is a work that survives only in a poor Arabic translation and in about twenty manuscripts of a Latin version of the Arabic, which was translated by Eugene of Palermo (c. 1154). In it Ptolemy writes about properties of light, including reflection, refraction, and colour. The work is a significant part of the early history of optics and influenced the more famous 11th-century Book of Optics by Alhazen (Ibn al-Haytham). It contains the earliest surviving table of refraction from air to water, for which the values (with the exception of the 60° angle of incidence), although historically praised as experimentally derived, appear to have been obtained from an arithmetic progression.

There are few reliable sources of information on Claudius Ptolemy’s personal life. What is known for sure is that he lived and worked in Alexandria and died around 170 AD.

The crater Ptolemaeus on Mars is named after him, as is the asteroid 4001 Ptolemaeus. The Ptolemy Stone used in the mathematics courses at both St. John’s College campuses is also named in his honor. 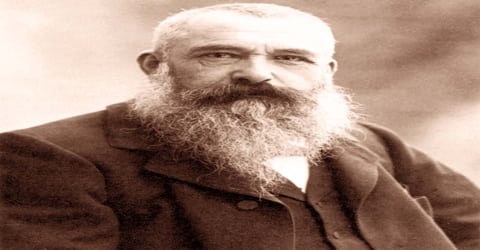 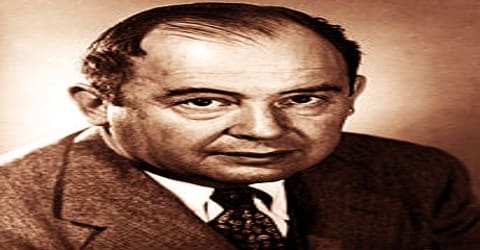