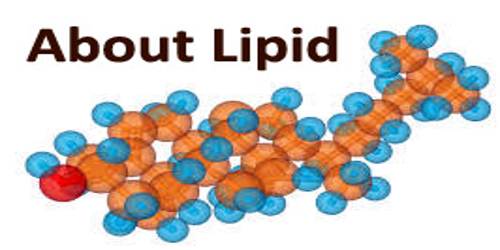 Lipids are any of a large group of organic compounds that are oily to the touch and insoluble in water. Lipids include fatty acids, oils, waxes, sterols, and triglycerides. They are a source of stored energy and are a component of cell membranes. The word lipid stems etymologically from the Greek lipos (fat). The main biological functions of lipids include storing energy, signaling, and acting as structural components of cell membranes. Lipids have applications in the cosmetic and food industries as well as in nanotechnology. Some lipids such as steroid hormones serve as chemical messengers between cells, tissues, and organs, and others communicate signals between biochemical systems within a single cell. The membranes of cells and organelles are microscopically thin structures formed from two layers of phospholipid molecules. Membranes function to separate individual cells from their environments and to compartmentalize the cell interior into structures that carry out special functions.

Although the term lipid is sometimes used as a synonym for fats, fats are a subgroup of lipids called triglycerides. Lipids also encompass molecules such as fatty acids and their derivatives, including tri-, di-, monoglycerides, and phospholipids, as well as other sterol-containing metabolites such as cholesterol. Although humans and other mammals use various biosynthetic pathways both to break down and to synthesize lipids, some essential lipids cannot be made this way and must be obtained from the diet. Lipids may be classified based on their physical properties at room temperature (solid or liquid, respectively fats and oils), on polarity, or on their essentiality for humans, but the preferable classification is based on their structure.

Based on structure, they can be classified in three major groups.

Compounds containing a phenanthrene structure that are quite different from lipids made up of fatty acids.

Fatty acids rarely occur as free molecules in nature but are usually found as components of many complex lipid molecules such as fats (energy-storage compounds) and phospholipids, which are the primary lipid components of cellular membranes. This section describes the structure and physical and chemical properties of fatty acids. It also explains how living organisms obtain fatty acids, both from their diets and through metabolic breakdown of stored fats. Synthesis and Function of Lipids

Lipids are utilized or synthesized from the dietary fats. There are in addition numerous biosynthetic pathways to both break down and synthesize lipids in the body.

There are, however, some essential lipids that need to be obtained from the diet. The main biological functions of lipids include storing energy as lipids may be broken down to yield large amounts of energy. Lipids also form the structural components of cell membranes and form various messengers and signalling molecules within the body.