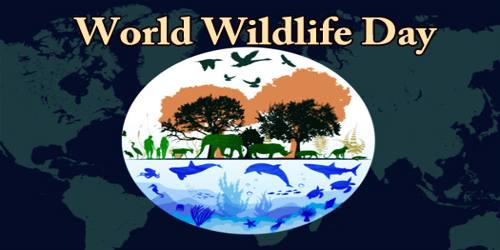 Every year March 3 is celebrated as “World Wildlife Day” to raise the awareness of issues that impact wildlife. The day also highlights the issues such as urbanization, poaching, pollution, destruction of wildlife habitat, and the ways that humans can contribute to conservation efforts. The animals and plants that live in the wild have an intrinsic value and contribute to the ecological, genetic, social, economic, scientific, educational, cultural, recreational, and aesthetic aspects of human well-being and to sustainable development.

World Wildlife Day is an opportunity to celebrate the many beautiful and varied forms of wild fauna and flora and to raise awareness of the multitude of benefits that their conservation provides to people. At the same time, the Day reminds us of the urgent need to step up the fight against wildlife crime and human-induced reduction of species, which have wide-ranging economic, environmental, and social impacts.