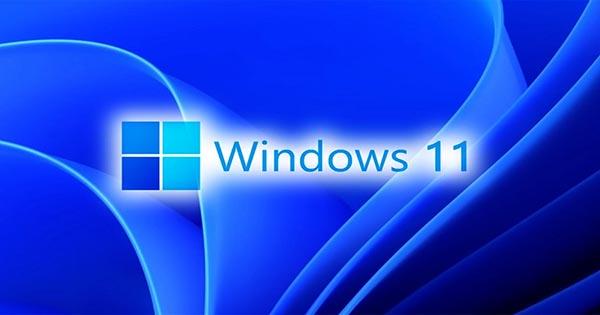 When Microsoft unveiled Windows 11 in June, it gave a broad release date of “Holiday 2021.” Of course, it didn’t say which holiday it was for. Perhaps the company was planning something special for World Teachers’ Day, a late Sukkot, or an early Halloween. After hitting a late-October release a few months ago (with some pointing to the 20th), the firm revealed this morning that the operating system will be released on October 5.

The release date is unquestionably on the early side of Microsoft’s release schedule. Users with an eligible PC running Windows 10 will be able to upgrade for free to the first major release since 2015. On October 5, the first systems with Windows 11 preinstalled will be available for purchase. When the first preview build became available through the Windows Insider Dev Channel, Frederic wrote it up. “This is obviously more than just another bi-annual Windows 10 upgrade with a few small UI changes,” he said at the time.

Indeed, the business has created an 11-point blog post outlining the significant improvements coming in the October update. The first — and most obvious — change is to the operating system’s appearance, which has been overhauled for a cleaner, feel overall since the first preview edition.

This features new Snap Layouts, Groups, and Desktops, all of which are aimed to make multitasking more organized. A number of the company’s web services have been integrated more deeply within the operating system.

For better cross-platform connectivity, Microsoft 365 is integrated into the Start menu, providing access to recently viewed files. In the meantime, Teams has been added to the taskbar (Microsoft really wants you to use Teams, folks). Widgets are also available, providing rapid access to information such as news, weather, sports, and stock prices. A number of accessibility improvements have been made. “Accessible technology is a basic building element that can unlock potential in every sector of society,” Microsoft writes in a lengthy article from July.

A more accessible Windows experience has the potential to help close the “disability gap” by expanding educational and job opportunities for people with impairments all over the world.

The Microsoft Store has also received a makeover, and the company has promised that independent developers would have additional opportunities to create new tools for the operating system. With features like DirectX12 Ultimate, DirectStorage, and Auto HDR, the next edition of Windows keeps the focus on desktop gaming.